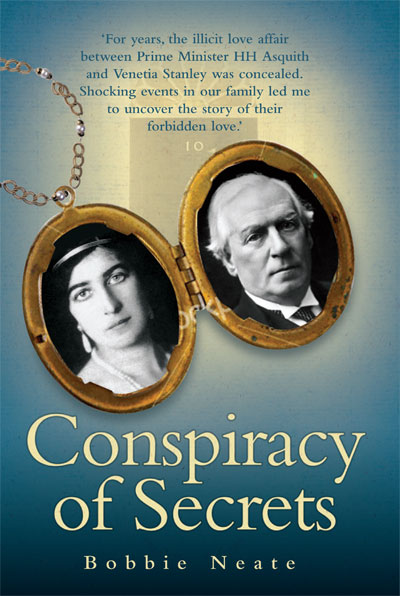 It is doubtful that author Bobbie Neate has any idea who Colonel Gregory “Pappy” Boyington was—much less read Baa Baa Black Sheep, but it is safe to assume that she would probably be in agreement with the closing sentence in the book: “Just name a hero and I’ll prove he’s a bum.” While one may well wonder just who ever considered Louis T. Stanley a “hero” in any sense of the word, there is little doubt that in this book he is certainly painted as a bum.

A prolific author of books on topics ranging from golf to photography, motor racing, London, Cambridge and even ceramics, Neate is Stanley’s stepdaughter. In the mid 1950s he took as his second wife Jean Owen Baber, the sister of Sir Alfred Owen of the Rubery Owen & Company industrial company. This connection provided Louis Stanley the opportunity to become involved with motor racing by way of the Owen ownership of British Racing Motors, the BRM team. Beginning with the 1959 season and continuing until the 1969 season, Louis Stanley produced a series of annuals on the Grand Prix season.

“Big Lou,” as Dan Gurney was to dub him (in response to the demand that he be addressed as “Mr. Stanley”), became a fixture on the Grand Prix scene. Generally considered a bit pompous and often overbearing, Stanley did seem to have the connections that often were helpful to those involved in the sport. This led to his being made the honorary secretary of the Grand Prix Drivers’ Association (GPDA). While others (including many within the GPDA) were less than supportive of the safety campaign that Jackie Stewart initiated after his crash at the Spa-Francorchamps circuit during the 1966 Belgian Grand Prix, Louis Stanley was among the few to give his full support to the effort, being one of the forces behind the creation of the Grand Prix Medical Service.

Louis Stanley eventually became the managing director of the BRM, playing a role in attracting —and then losing—sponsorship from first Yardley and then Marlboro for the team. By the end of the 1970s Stanley’s involvement with BRM—by then extinct—and motor racing pretty much came to an end.

Conspiracy of Secrets scarcely touches upon Louis Stanley’s involvement in motor racing, that particular topic being peripheral to the story that Neate wishes to relate. To her, Louis T. Stanley was always something of a mystery: the man that replaced her father by marrying her mother, insisting that she address him as “father.” That Neate refers to Stanley as “stepfather” throughout the book should signal her thinking regarding that idea.

The author tends to ramble around quite a bit and at times one is not quite sure what to expect next, just exactly where the story is headed. At the center of much of the book is the question of just who Louis T. Stanley really was. As Neate makes clear, much of his early life is a bit muddled, often contradictory, and just as often blank. Her digging into this particular mystery is actually rather interesting, the notion of Stanley being a bit of, well, if not exactly a con man then certainly an opportunist of the first order reveals fundamental contradictions in the man.

Most disturbingly, Neate reveals that beginning when she was still very young, Stanley sexually molested her. Given that she has firmly established herself in the educational field and has nothing to gain by making unfounded accusations one has little reason to doubt her truthfulness regarding this accusation. It certainly does not speak well of Louis Stanley, to say the least.

Added to this is Neate’s account of Stanley’s conduct during the illness that preceded the death of her mother, during which Stanley’s actions are appalling if not outright disgraceful. There is much here alone to make Louis Stanley fall into the category of bum even before one discovers that he had his wife’s body exhumed from where she wished to be buried and then reburied where she expressly did not wish to rest. That the exhumation was done in an expeditious manner—within weeks rather the usual months if not years—without the knowledge or consent of the family does little to make Stanley anything but a bum.

Much has been said about the attempt by Neate to establish that Louis Stanley was the illegitimate child of Prime Minister Herbert Asquith and Venetia Stanley, an aristocrat’s daughter with whom he had an affair. The detective work that Neate conducts is certainly impressive and thorough as she digs into this tantalizing possibility. I will leave to others to determine as to whether she actually makes her case, but one cannot fault her effort.

Whatever one’s impression might have been of Louis T. Stanley prior to reading Conspiracy of Secrets, one certainly finds Pappy Boyington’s words lingering afterwards!