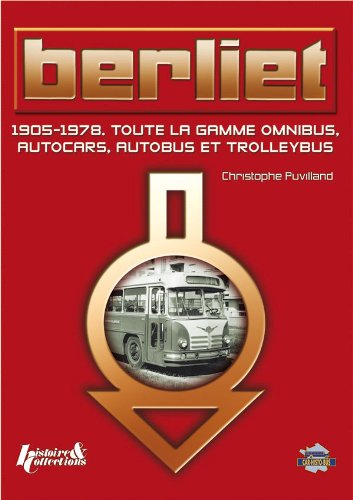 (French) Thousands of French trucks and buses are driving around with a locomotive emblem on the front—thanks to an American connection.

If you don’t speak French and the word autocars in the title caught your attention, realize that this refers to a type of small bus and not a passenger car. Berliet did, very early in its history, try its hand at car-building and placed well enough in endurance racing that it attracted the attention of the American Locomotive Company (ALCO) who also wanted to get into the car business and figured they’d just as soon build Berliets under license instead of starting their own R&D from scratch. This arrangement lasted only two years but the royalties were rich enough for Berliet to launch into truck manufacture in 1906—and in appreciation of the cash flow they stuck a loco logo onto their soon-to-be ubiquitous commercial vehicles. 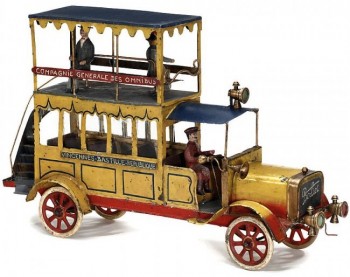 In other words, this company has a long and successful industrial history. In fact, the one thing that was not successful was their second attempt at a passenger car, in 1919, a short-lived copy of an American Dodge that would have been a winner if it had been made of better steel, which, ironically, was a material whose use Berliet had adopted earlier than most competitors. (Come to think of it, post-Berliet ALCO racers won the Vanderbilt Cup in 1909 and 1910 and competed in the first Indy 500 so that too would make an interesting story someone ought to write about. Besides, one Walter P. Chrysler was their plant manager!) 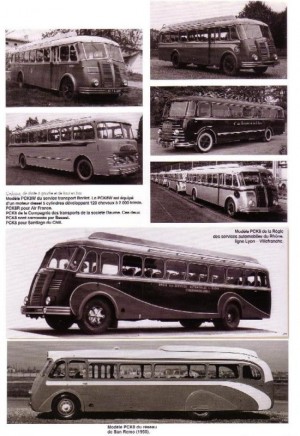 This long-winded preamble is meant to inspire the reader to take an interest in this very nice book even if it says almost nothing about the above. (For a more context-rich approach see the Ikarus and Fleischer books reviewed elsewhere.) What it is, instead, is a model history of many different types of buses and it does that one job rather well.

This publisher specializes in this type of book (magazines too) and it clearly was a labor of love for its author, a recognized expert in his field. So taken was he with buses as a youngster that he ended up working for the public transport provider in the city of Lyon, which just happens to be Berliet’s hometown.

While the book title says “1978” the coverage proper really extends to 1982 and, insofar as successor models (since 1974 under the Renault umbrella) are discussed, to 2006. 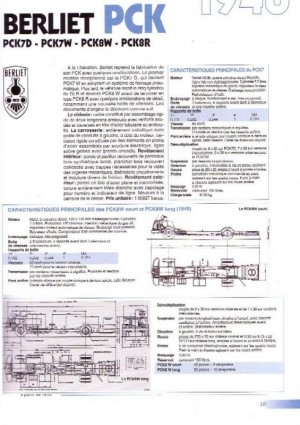 After a brief synopsis of Berliot history 1897–1980 all the buses (intercity, overlanders, special-use) are discussed, subdivided into four categories and within each in chronological order. It may take even the observant reader a moment to realize that the colors of the heads in the Table of Contents (so detailed it obviates the need for an Index) are not random decoration but correspond to colored tabs on the front edge.

Each model is introduced with fairly minimal narrative, accompanied by quite comprehensive specs, and illustrated with hundreds and hundreds of photos, drawings, and a few ads and some ephemera. 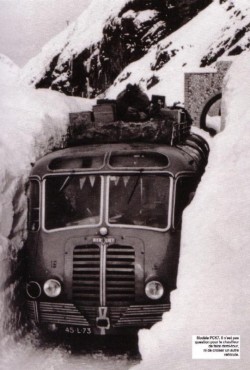 Especially in the early days there are some quite adventurous designs such as single-deck open-top machines with cabriolet- or sedanca-style removable or retractable tops. The photos of city buses at work show much contemporary detail such as other cars, notable buildings, even the occasional aircraft. There are quite a number of detail photos but too small to be of much use to modelers; commercially available models of which there are many are not discussed at all.