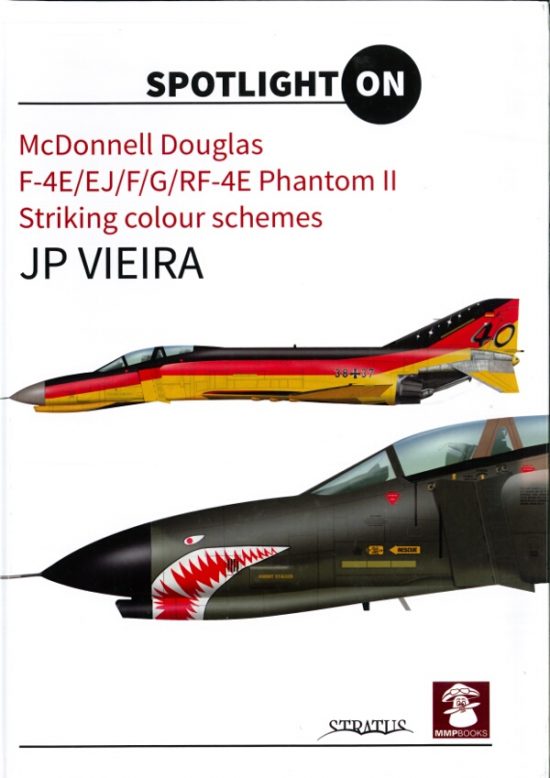 In a sea of books about the F-4 Phantom, the key words that should set this book apart are the ones in the subtitle: “Striking Colour Schemes.”

The book presents 15 aircraft from several global operators in profile, top and bottom views. Text is minimal, consisting of the briefest of introductions and captions for each aircraft listing variant, serial number, squadron and base, and year. No special equipment is called out (cf. on the RF variant).

In other words, the well-established standard format of this publisher’s “Spotlight ON” series. Except, this one makes really no effort to cater to the newbie. For instance, the captions do not name the operator so unless you already recognize the insignia of the Turkish or Israeli or Japanese air forces, you’re out of luck. You can also not assume that the country that is stated in the caption is a clue because there is, for instance, a Phantom in USAF markings whose base is listed as Germany. Worse, none of the Japanese Phantoms says “Japan” so if you don’t know in what country Hyakuri (below) or Komatsu are, you’re, again, out of luck. As much as these books have a purpose (mainly for the kit modeler who, presumably, is already knowledgeable about the aircraft) the lack of this sort of guidance is simply annoying—because it is so easily remedied. 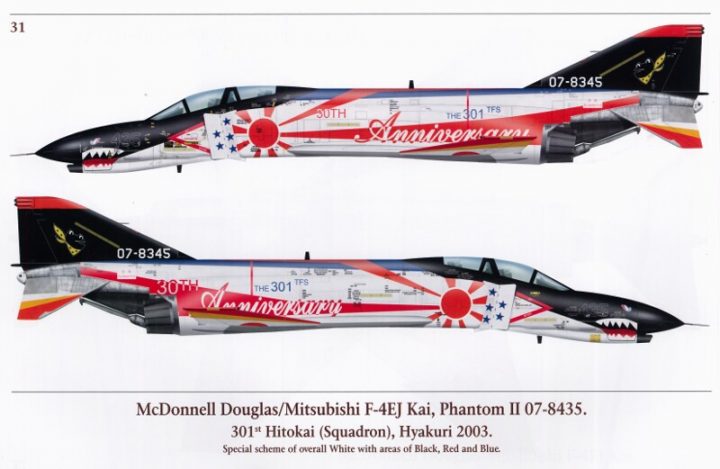 The countries included here are the US, Germany, Japan, Israel, Turkey, and Greece. This short list already makes clear that the book must be highly selective as there are many, many other operators and no shortage of “striking colour schemes.”

Also note that not only F-4E variants are shown but also one F-4D, albeit a modified one that became one of the USAF prototypes for the cannon-armed variant (s/n 65-0713). Further, no external stores or landing gear are shown. Some aircraft show their maintenance markings, some don’t.

The book contains no photos, which is typical for this series. The reason to call attention to that in this case is to caution the modeler that not everything in this book in regards to exact position or size of markings or pattern of color scheme is compatible with the photographic record.

The back cover blurb says that the self-taught illustrator’s “interest in drawing and painting emerged only a rather short time ago.” This is neither here nor there but this book could easily have been more buttoned up. It is a nice idea and, as already said, useful, and certainly cheap enough to not feel bad about the purchase. But, in a way, it is neither fish nor fowl and has the potential to annoy expert and layperson equally.