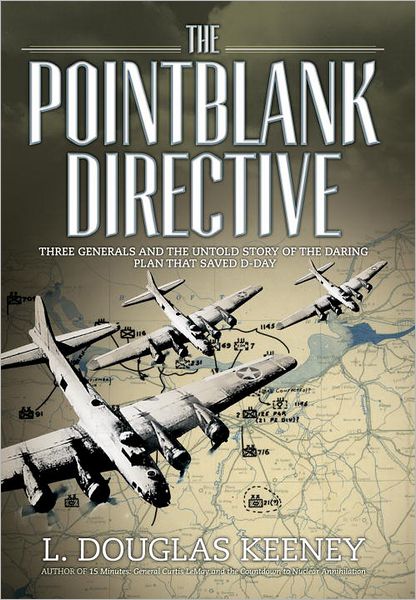 “In truth, the airmen didn’t do nearly as well as they had hoped to. . . . As many as half of all the German fighter pilots who attempted to attack the invasion beaches got through—a puzzling outcome considering the overwhelming advantage the Allies had with thousands of airplanes acting as top cover.”

Even today it is not certain what the “D” in D-Day stands for but it has always been certain that this first crossing of the English Channel by an invading force since 1688 decisively hastened the end of WWII. That June day in 1944, 5000 vessels landed 156,000 Allied troops on French shores and, supported by 11,000 aircraft, wrested control of the Normandy coast from the Germans. The use of airpower, Operation Pointblank, was then and for a long time after seen as the decisive factor.

You’ve seen the movies but they never showed you this. Picture yourself going down the road at speed. The car in front is a mere 20 feet away. So is the one behind. And the ones to your side. Now picture doing this in the air, in a 74-ft long and 103-ft wide B-17 bomber. As many as two thousand aircraft surround you, also above and below, stretched out over one hundred miles. If an aircraft near you has an accident, it might take you down with it. If someone jumps out they just might hit your ship. This is what it looks like in a “combat box” or “staggered formation” and this book manages to paint in words a more intense picture than any movie—but it takes 25 pages to do it. Depending on the sort of reader you are, this is the book’s strength and its weakness: words needed to establish atmosphere compete for space with words that convey fact.

Assuming you’ve ever watched a documentary on the Military Channel you know the flavor. Realizing that author Keeney is a cofounder of that channel, and a presenter on several similar ones, means it is inevitable that his book leans in that direction. The general-interest reader will find it an engaging, multi-faceted, well-told story whereas the academically inclined will get hung up on the generalizations. Even the latter, however, must concede that Keeney’s big-picture analysis of this campaign allows for one key factor to emerge in a manner that reflects post-2010 scholarship: it was not the air war alone that swung the pendulum but the joint effort of air and ground forces. This may seem obvious—although not everything that is obvious is actually reconcilable with fact—but has been debated for decades in the context of national security policy-making and the formulation of military strategy.

As an economist by training who went into advertising at big-name firms and has occupied himself with military non-fiction as a researcher and writer for years, Keeney is well equipped to put together a compelling story without neglecting proper research.

On the surface, the February 1943 Casablanca directive to conduct a Combined Bomber Offensive (CBO) to destroy the German military, industry and, not least, morale is straightforward enough. But reams of paper have been expended, and still are, on coming to terms with its execution and the catastrophic consequences of carpet bombing for the civilian population (think Vietnam, Gulf War). Its primary portion, the June 1943 Pointblank directive, laid out the bombing of specific targets such as aircraft factories to cripple German fighter production, forcing the Luftwaffe to defend these targets and thus abandon other fronts.

What makes Keeney’s book different from others is his assessment of Operation Pointblank in the context of the overall Allied effort both before and after D-Day and, specifically, the role of three U.S. Air Force Generals—Arnold, Spaatz, Doolittle—in turning an air campaign that was failing in November 1943 into the sharp end of the spear that only a few months later made D-Day possible and, by establishing quick and lasting air superiority, a success. This was as much an issue of leadership and vision as hardware.

A 16-page section of b/w images is bound into the center of the book. Appended are a Select Bibliography (includes several very recent materials) and Chapter Notes (listing sources); substantive Index.

Many dots are connected here and in useful ways but the book is—and cannot be expected to be more than—a sketch. If nothing else, it will draw attention to complexities not heretofore appreciated by any but the historian of command and strategy, and, by using personal examples, does it in a way that gets under the skin.