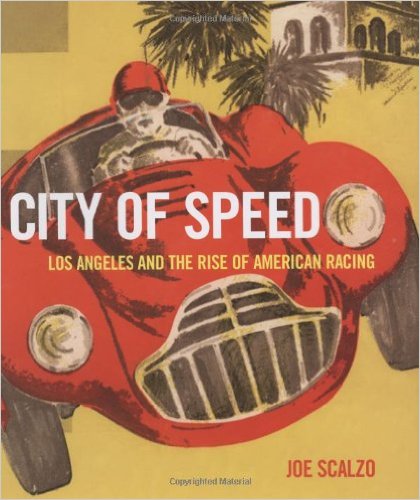 I am truly dismayed that trees had to die so that this book could be printed.

Still reading? Joe Scalzo, apparently seems to think that attempting to write as if he were Tom Wolfe attempting to imitate Mickey Spillane writing as if he were a character in a story for some 1950s pulp crime magazine somehow makes what he writes something, well, other than the tripe that it often is. Or perhaps he thinks he is someone attempting to imitate the gonzo, several-wires-loose style of Hunter S. Thomson, but he fails without the wit, perception, or the talent of someone whose observations were actually interesting.

Scalzo has written not only a number of books over the years but also articles for a number of motor racing magazines such as Vintage Motorsport and Motor Sport among others. That his material has actually appeared in these particular magazines, both of which have always seemed to uphold at least some editorial standards regarding the quality of submissions, would imply that at least a modicum of rational thought based in proper research should be evident in this new book

To suggest that City of Speed is an unorganized, often incoherent mess that is poorly written and seemingly devoid of any actual historical research would be a kindness. It makes some of the other tripe that passes for automobile racing history look good by comparison. It is a true shame that the book contains many excellent photographs, all of which could have served a better purpose in a better book.

To suggest that Scalzo is attempting to imitate Spillane or Wolfe or even Thompson is unfair—to Spillane, Wolfe, and Thompson.  They couldn’t write this poorly if they tried. The text too often seems akin to someone sitting down and then simply droning into a tape recorder, conjuring up no end of stories and attempting to make snarky comments regarding Los Angeles and automobile racing. Whether or not many or any of the tales might actually be true or at least contain some elements of truth seems to be irrelevant to Scalzo in his pursuit of the Irreverent and Edgy. Instead, he ends up sounding tasteless and uncouth.

This book had sat on my bookshelf, unread, for quite some time and it was out of boredom that I finally decided to read it. Needless to say, I am now completely mystified as to what it was doing on the bookshelf in the first place. Reading City of Speed prompted me to read two other books by Scalzo to take a wider sample: Indianapolis Roadsters 1952–1964 (1999) and The American Dirt Track Racer (2001). The former was so-so, especially in comparison to the other books available on the Roadster Era, and the latter, well, less than so-so, to be kind. Skimming a selection of articles written by Scalzo in Motor Sport and Vintage Motorsport simply reinforced the notion that I as a methodical historian am clearly not a member of his target audience.

Although one could continue for some time on the problems and issues with this book and its contents, there do seem to be those who lap up the offerings that Scalzo churns out of his lurid imagination. On more than a few occasions, there have been questions regarding the veracity and accuracy of what Scalzo has written, more than a few of which could have been avoided by even a modicum of actual research. The many Imagined Conversations which populate his writings tend to raise eyebrows, to say the least. Scalzo might be a folklorist or a mythologizer—or something else along those lines, but it is clear that he is definitely not to be taken seriously as a historian.

An appraisal and discussion—hopefully scholarly, but at least learned—of the role of Los Angeles in the rise of American racing would be a great and much-welcomed addition to the slowly developing canon of academic works on American competition history. Juvenile twaddle such as this book does not move the goalposts—except by showing how not to write history, especially in a book about the past.