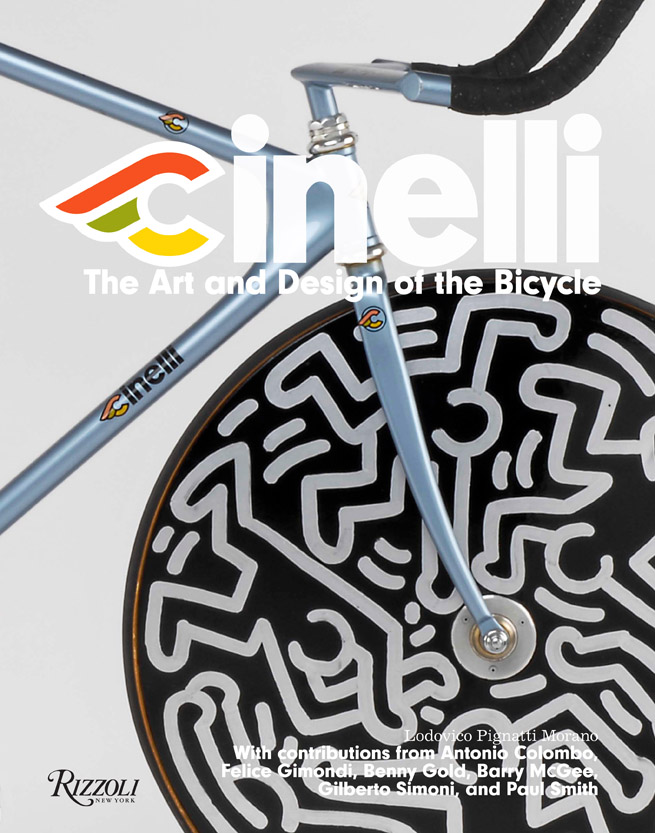 “Sport teaches, above all else, internal honesty with oneself. While racing, there is just one rule: if you promise to help a teammate, you must help him; if you promise to lead out a sprint, you must lead it out; if you promise to give a hand on a climb, you must do so. You can’t be clever. Even if you find out that it’s truly your day, that you don’t feel the chain, that you’re going like a motorcycle. Give. Give without pretending. To give is never a mistake. Give so that something or someone will give back. And if you give, you’ll sleep well at night.”

Words to live by! (Lance Armstrong [he used Cinelli parts], are you listening??) Founded in 1948 after a successful amateur and pro racing career, Cinelli’s eponymous company strove to do business by that same ethic. Having suffered his share of mechanical mishaps, he had an idea of what was missing or what needed improving. While principally a distributor of other manufacturers’ high-end cycling components, the bikes and components he began to manufacture himself were usually innovative, supremely well made, and some achieved cult status.

Show up at your local bike gathering on a Cinelli and you have instant street cred, both among the cognoscenti who know what’s what and those who don’t—because outside of pro circles even after 65+ years in business a Cinelli remains quite the novelty. 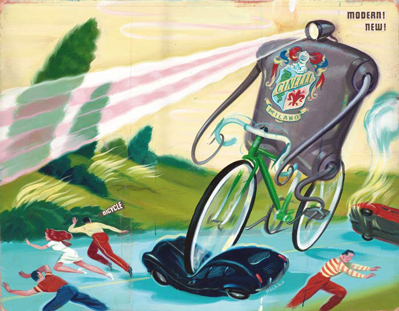 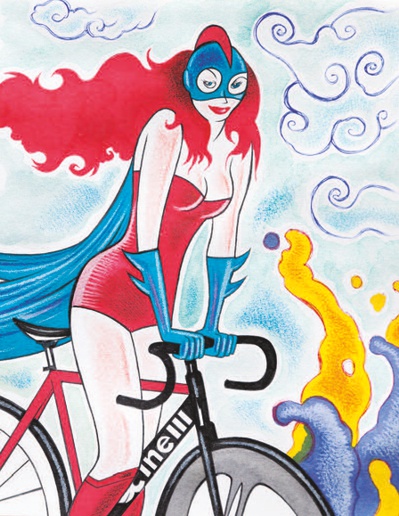 This beautifully made book may well raise the firm’s visibility but in its preoccupation with artsy design doesn’t seem a well-rounded effort to draw in the novice. Start, for instance, with the Table of Contents. It consists of single, lowercase words so who but someone already familiar with the firm would know what supercorsa, valsassina, and fork crown mean? (A famous bike, a famous frame maker, and a famous component, respectively.) The 50 entries move between bikes/frames, people, and products (incl. ads, clothing, accessories) in no discernible order so while there is a lot of ground covered, the presentation really does not lend itself to linear, organic immersion in the subject.

The reader already familiar with Cinelli history will of course note right away (and then wonder why) that little is said about the firm’s illustrious early history under founder Cino and that the spotlight is firmly on the era ushered in by Antonio Colombo whose family had supplied tubing to the bicycle industry since 1919. He took over the firm in 1978 and while this resulted in significant growth and innovation while maintaining if not raising standards, it was a direction Cino—nor his son Andrea who wanted to start his own bicycle company, Cinettica—did not unreservedly embrace, be it the redesign of his logo or new designs and materials in which he often enough saw “change for change’s sake.” 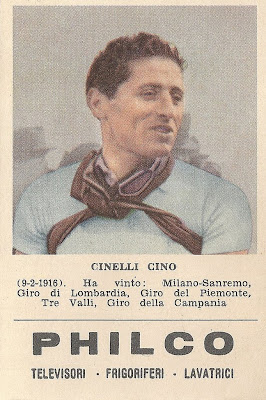 Regardless of the validity of the old and the new owner’s philosophies, the fact that a book that on the one hand celebrates Cinelli’s long-standing fame plays down, on the other, part of that very history seems unbecoming. One wonders if management guided the hand of author Morano who, having worked for two years at Cinelli and Columbus, certainly knows the full company history. He evidences full command of the technical side of bicycle manufacture and competently delves into rather uncommonly deep layers of detail regarding materials and construction and how they relate to performance and durability. From the reasons lugs are shaped a certain way to the benefits of TIG welding, anyone building or commissioning a custom bike will glean useful insight here! That the book reads so well is surely attributable to English being Morano’s native tongue (born in London, raised in Australia).

Current president Colombo’s  enthusiasm for bicycles has as much to do with Cinelli’s success as his involvement in contemporary art (he owns a gallery in Milan since 2000)—if the cover shot reminded you of Keith Haring’s signature figures you’d be right. Several other artists comment on the bikes, and the book opens with a Q&A-style conversation between Colombo and another dyed-in-the-wool bicyclist, fashion designer Paul Smith. Between these comments, Morano’s bike-specific text, and the most excellent photos the reader will indeed develop an appreciation for the impact of Cinellis on both the sport and culture.

Next time you grip an aluminum handlebar, wrap your hands around cork tape, settle yourself on a pliable but firm plastic-core saddle, untangle your feet from quick-release pedals, interchange front and rear wheels you’ll now know you have Cinetti to thank for these and other innovations.

Batmobile: The Complete History »
« In the Name Glory: 1976, The Greatest Ever Sporting Duel