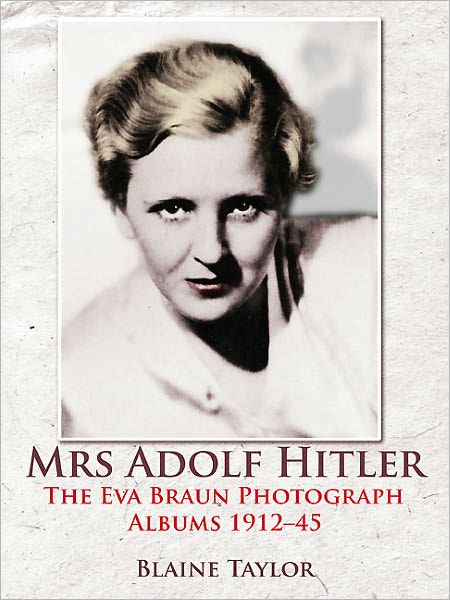 “Eva was athletic; loved movies, animals and dancing; read the gossip tabloids of her day; was concerned about her weight and physical appearance and was what many of us would term ‘a teenage drama queen.’”

Alright . . . this is not the sort of book we’d normally review here but there are two reasons we did: the publisher and the author. Helion and Co. has a strong list of perfectly substantial aviation and other military titles, so we had high expectations. As to the author, we had reviewed three of his car books—which we had found wanting so we figured we owed him another look since this era and this type of “forensic photo analysis” are his self-declared specialty.

While this book only adds to our questions as to his methods, we’ll review it anyway because the fact that this book found a publisher at all shows that there is something fundamentally wrong when even an established publisher with a reputation to uphold takes on a project that any acquisitions editor capable of independent thought ought to have either nixed, or saved by guiding it in a different direction.

Helion’s PR folks call the book an “astonishing, exciting pictorial biography . . . fascinating, gripping . . . groundbreaking,” hailing it for “fully explaining in detail their [Hitler’s and Braun’s] long relationship for the very first time along with the mysterious circumstances of their deaths.” This must mean they stand behind the “explosive conclusions reached by decorated Vietnam War vet Blaine Taylor.”

There are more such “revelations,” but what there is not is incontrovertible documentation offered that would justify elevating innuendo to historic fact.

Leaving the historicity aside, even only from a book-making point of view this book has weaknesses: pages and pages of paragraph-length text snippets interspersed with pages and pages of smallish, often undated photos in no clear order. It would not be wrong to say that all this looks like a bunch of notes from which one day to distill a proper book. But after four or five decades of tinkering with his manuscript, one would think that Taylor’s final product would have a polish befitting its $70 price tag! Not even a self-published low-budget book by a first-time writer would escape this criticism—but Helion?

2012 marked the centenary of Eva Braun’s birth which is obviously why someone thought there’d be a market for such a book. Hers is a story worth telling, regardless of the stigma history has attached to her person. She was 17 when 40-year-old Hitler met her in 1929 and they tied the knot about 40 hours before committing suicide together. Even if they were just “those nice Hitlers up the street, in that big, rambling house on the hill” there’d be a story here! Moreover, there’s a reason Braun’s nickname was “The Rolleiflex Maiden”—she was quite the photo snapper and, according to Taylor, many of her photos are shown here for the first time.

Taylor came across Braun’s images after returning from combat service with the US Army in Vietnam and embarking on a new career in history and journalism. He found her albums at the US National Archives and conceived then of the plan to write a full-scale illustrated biography. It is interesting that Taylor recognizes the work of another biographer as “groundbreaking.” That would be the late Nerin E. Gun’s 1967 Eva Braun: Hitler’s Mistress, a far less polarizing or sensationalist account. On the plus side, Taylor offers many, often extensive excerpts from period newspapers and the like. These and the photos do paint a picture and bear witness to their time.

Without further commenting on any of a hundred issues that beg questioning we can only leave the reader with this observation: is it a mark of good, objective tradecraft if a historian shows bias? One wants to give Taylor the benefit of the doubt—especially since he made his chosen profession his lifelong ambition—but he’s not making it easy!