The Vault of Horror 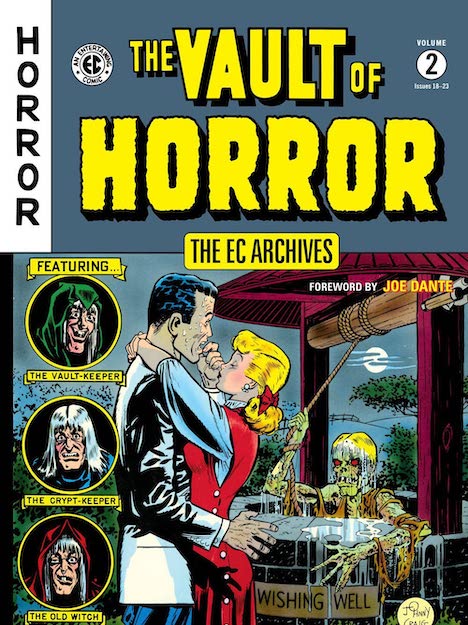 Oft told is the story of EC (Entertaining Comics) comic books, and the approbation of the critical reviews, analyses, and scholarship surrounding them is all but absolute. Briefly: In the early 1950s William Gaines published a series of comics in the genres of Horror, Science Fiction, Crime, War—and eventually Satire. He stabled the best artists and writers available, gave them great latitude and treated them respectfully. Towards the end of that decade a blowback against their often lurid, violent and sexy content detonated, and, except for the Mad comic book (later Mad Magazine), EC went into a death spiral. Through the subsequent decades, fans, critics, and comic scholars consecrated EC’s sterling reputation; it remains undiminished up to our present day. Although we focus on this particular volume, we want to acknowledge and support all the volumes of EC reprints available, either newly published, found on the secondary market, or those to be forthcoming. 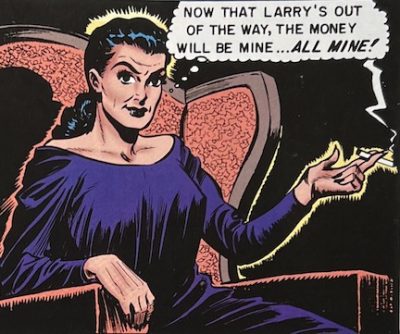 Where to begin? This volume offers reproductions of the original issues 18 to 23 of The Vault of Horror that include full-size covers, splash pages, advertisements for other comics in the EC line, letter pages, unillustrated short-short stories, artist biographies, and, of course, the stories themselves. The pages are thick and glossy, the colors adeptly simulating the finely wrought style of the original colorist Maria Severn. Although the very best of their genre, because of the nature, the essence of this genre, the stories are sometimes problematic in their hackneyed endings. Someone murders an abusive husband and the living corpse, maggot-infested, bones exposed, appears to menace, to haunt; a vicious step-father is gruesomely 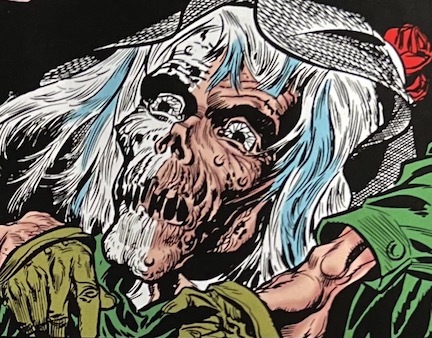 decapitated by way of witchcraft. Too often the punishment for evil deeds fits the crime too perfectly. But not all the tales are clichéd. A knife-throwing act, a man and wife team performing in a “little theatre in Veiderhoff, Hungry”: Olga becomes a vampire. To save her and himself, Harry courageously understands what must be done. On stage, he throws a sharpened, wooden stake pointedly to her heart—and, weakened by loss of blood, in front of the audience, falls over dead. In “What The Dog Dragged In” we have the following dramatis personae: Betty, poor, blind and confined to a wheelchair; Roger, a man of wealth, who falls in love with Betty; and Jerry, Betty’s obedient and faithful dog. The plot is cleverly adapted from the WW Jacob’s 1902 classic story “The Monkey’s Paw.” 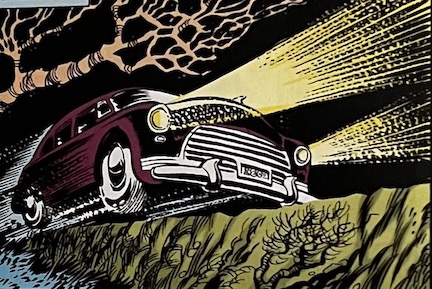 EC stories show a marked sophistication in the telling. Most panels of the story have an expansive expository text above the artwork, and here, for one example, we find an unexpected quality of language: “Night . . . shrouds the dark street and deserted alleys like a velvet blanket.” Not quite Joseph Conrad or T.S. Eliot, but not too bad for a medium marketed, ostensibly, to prepubescent boys. And the vocabulary used throughout may be more erudite than the vocabulary tests these boys would have been given in school. We wouldn’t expect to find the following words used in a 1952 horror comic: Dank, derisive, dubious, enlivened, morose, scornful. (There is then some irony in that the initials EC, when, earlier, the company had published Picture Stories from World History and Picture Stories from Science, had stood for “Educational Comics”.) From 1976 to 1996, publisher Russ Cochran, using the Gemstone imprint, undertook to reprint the entire EC catalog; these were done in black-and-white (with exceptions) and consisted of 66 hardbound volumes contained in 17 slipcases. He later began publishing EC reprints in color. Business difficulties interrupted the project, and, in 2013, Dark Horse Books began issuing hardcover, color versions starting where Cochran had left off. In 2021 Dark Horse began offering these in much less expensive paperback editions—one the subject of and reason for this review. That Dark Horse is making available, at a reasonable price, these pioneering, exceptional comics calls for celebratory action. 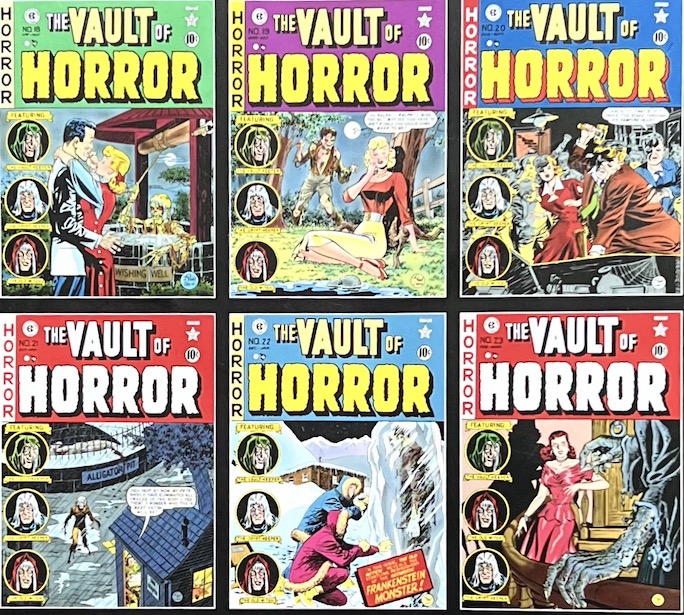 The Vault of Horror

Posted Under: History, Other Genres, Youth and Young Adult (YA) | Author: Bill Wolf | No comments yet