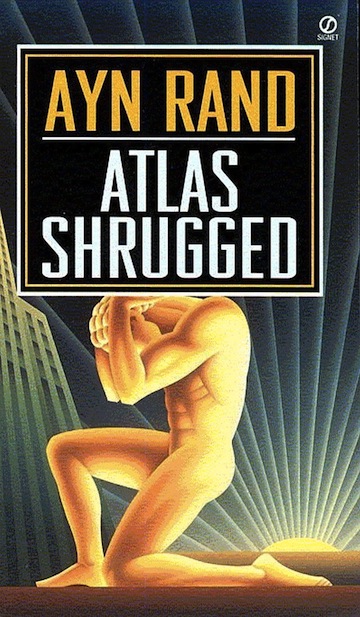 Gary Weiss, in his 2012 book, Ayn Rand Nation, tenders all of the fundamental arguments outlining all of the options for disaster if Rand’s economic theories would be implemented in America, or anywhere else. A classic case of overcompensation, Rand, raised in the oppressive, failing social experiments of Communist Russia, her experience soured by government regulation that was arrogant, harsh, ineffectual and ruinous, moved to America and looked to The American Way for relief. But for Rand, American Capitalism was not quite the answer either. For her standards and beliefs, the system would have to be heavily modified: a completely non-regulatory environment, the absolute separation of finance and state, no welfare, no Social Security, no Medicare. Despite the opinions and observations of the more intractable Tea Party patriots, recent evidence of the crisis caused by the implementation of even partial Wall Street deregulation lays bare the absurdity of Randian thought.  To be fair, Rand’s proposal that those who are the real producers, those who can build and run steel mills, auto plants and railroads should be given free reign—hands off, Uncle Sam—has at least some credence in the light that somewhere in the 1970s a major shift occurred, the wealth producers changed from manufactures to money manipulators, Andrew Carnegie to Richard Fuld. But still . . .

And there lies the foundation for much of the negative criticism of the book—her economic ideas are just unworkable. Unconvinced and unfriendly critics have also pointed out the interminable pages of rant, the mishmash of Rand’s philosophy of Objectivism, the celebration of egoism, the defense for selfishness and her worship of the golden calf. And what of the wooden stereotyped characters that mouth pieties, all in a too similar voice, the purple prose and strained plotlines? Obviously this makes the novel messy, but messy in the way Moby Dick is messy, with the chapters on cetology, and War and Peace is messy, with its opinionated, historical analysis. But that said, the criticism of Atlas Shrugged’s excesses is sound, reasonable, inevitable.

But this is not the way to read Atlas Shrugged. First the plot: Because of rampaging socialism and regulation in the United States Government that had become absolutely corrupt, the economy becomes destined for complete collapse. And what of the movers and shakers who could keep the economy running, those able to run mills and railroads? They begin to disappear, one-by-one, hastening and abetting the collapse. These giants of industry are being spirited away by a mysterious stranger, and the reader finds that the stranger is in the process of clandestinely building an alternative, start-up economy, a correction, a replacement society. The last woman standing is Miss Dagny Taggart, running The Taggart Transcontinental Railroad, tirelessly performing triage as the looters in Washington continue to issue directives to stop her while feathering their own nests. Internecine rivalry among the disparate government factions, gangs of thugs by the end, brings the country to the razor edge of destruction. Will Dagny, along with her lovers, Hank Reardon, Francisco d’Anconia and John Galt, save the world? 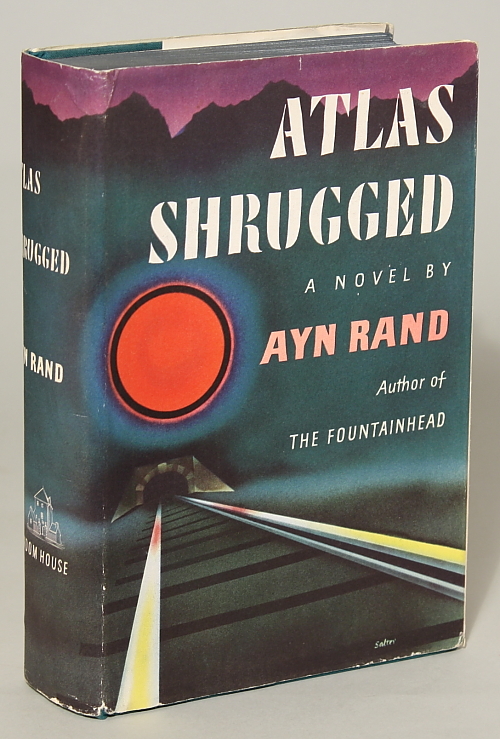 Keep in mind that Atlas Shrugged is, after all, a novel of science fiction: Amazing inventions, secret laboratories, super ray guns and magic motors. The novel ends as a Tom Swiftian adventure, complete with an underground torture chamber, heroic endurance, a small band of clever and fearless adventurers and a dramatic, last-minute escape. These are what have kept Atlas Shrugged strong in the marketplace for decades, despite the cockeyed economic theory, despite the wooden characters, despite the long pages of half-baked rhetoric. And there is Miss Taggart: Proud. Accomplished. Competent. Strong. Enduring. Beautiful. Sexy. Adulterous. She is the key to the on-going popularity of Atlas Shrugged. She is Rand’s “motor of the world.” Because—again despite the malignancy of the novel’s technical difficulties—Miss Dagny Taggart is arguably the strongest woman protagonist of Rand’s literary generation. Taggart runs right over many of the men of her world: her weak, inadequate brother James; Wesley Mouch, the amoral quintessence of Washington greed; Cuffy Meigs, the Director of Unification who is noted for being “impervious to thought;” Dr. Stadler, Dr. Ferris and the rest. Also, she is more than equal to her three lovers, perhaps the only woman alive who could be a suitable mate for these three supermen, and she beds them according to her will and desire. So Atlas Shrugged is more than a science-fiction adventure; it is also a bodice-ripper, adding even more to the book’s appeal.

Taggart builds the railroad line of the future, swifter, stronger and more durable—only to have it dismantled by the looters’ self-serving regulatory commission. She keeps fighting, however, to the bitter end. Her skills, her dynamism, her courage, her determination and her unflagging strength—this is what keeps Atlas Shrugged in print decade after decade for the majority of readers, as it is the politics, the theories, the Randian bombast of the novel that sustain it for the relative few who have, during the course of the last decade, moved American politics further and further to the right. It is the science-fiction adventure story, the tale of a great and forceful woman that has sustained the book’s perennial popularity. Remember, Ayn Rand eventually signed on for Medicare; I very much doubt if Dagny Taggart would have ever, ever done so.