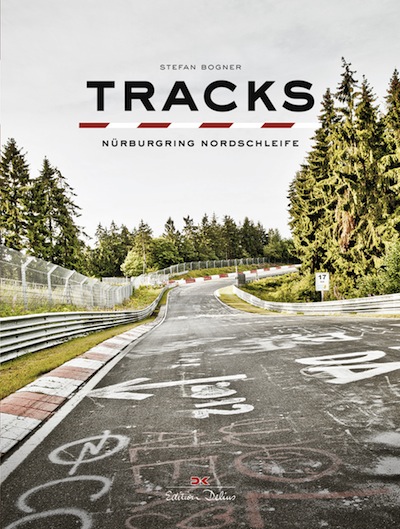 (German) This book is super original and great fun—but people who don’t race, or at least watch racing, won’t “get” it: page after page of photos of one of the most famous tracks on the globe—and not a single car in sight. Or person. Not even a rabbit.

Ah, but people who do race, or wish they could, will look at this book and go all twitchy. You’ll still have to use your memory (if you’ve been there) or your imagination (if you haven’t) but these photos—226 divided by track length means there’s one about every 100 yards—put you right there on the track.

Of course you could just run the course on a simulator . . . which actual racers would do anyway. But just like doctors who try to memorize the 206 bones of the human skeletal system by various ditties and mnemonic tricks, the photos help you visualize and memorize the environment the way walking a track would do. Besides, a still photo gives you time to absorb details you’d never notice from a speeding car. Now, a two-dimensional photo, or even a video, does have limits how well it can capture the enormous elevation changes here—a good 980 ft on these 12.9 miles of the circuit. To remedy this, the book cleverly provides an elevation map 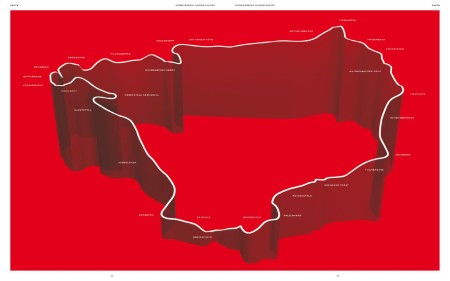 and also a graph. If you take your time you can see it in the photos and photographer Bogner, who has done a number of bird’s eye-view books of roads, clearly paid attention to where he positioned himself.

This review is of the special, limited edition which includes a number of excellent goodies such as nicely designed slipcase, 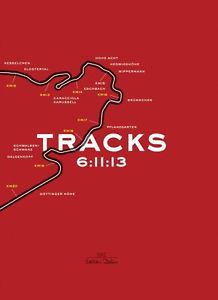 a 16-page Track Manual, and a 4-panel track map on heavy stock that you could mount on the wall. Considering the almost mythic ideas (and, it must be said, misconceptions) many American readers have of the Nordschleife, if at least the Track Manual were in English it would open a whole new market for this book. That the limited edition is not sold out yet defies reason—only 611 copies were printed, and that has something to do with the book title.

If you know about ‘Ring times from modern-day automobile advertising and road tests you will, hopefully, see them as the marketing gimmick they are (not everybody runs the same distance or from/to the same points etc.) but you’ll probably surmise that “6:11:13” was a record time. Right you are: German driver Stefan Bellof (1957–1985 at Spa, Belgium), often said to be Michael Schumacher’s childhood racing idol, in 1983 on a Porsche 956.007 co-driven with Derek Bell during training for the 1000-km race that year. The ‘Ring’s own historians call this “a record for the ages”—it hasn’t been broken yet. Bellof himself came close during the actual race, 6:25:91, but then the car went spectacularly airborne.

Each two-page spread of Bogner’s mostly full-page photos is accompanied by a small map with a “you are here” arrow. Other than front and back matter there is no text in the bound book, probably so as to not distract from the visual impact—imagine if all the photos were printed on only recto pages: you could run them fast through your fingers and watch them like a film—but there is a commentary from the driver’s point of view by racing driver and instructor Thomas Jäger in the companion 16-page booklet which references the book pages so you always know how to match commentary and photos. 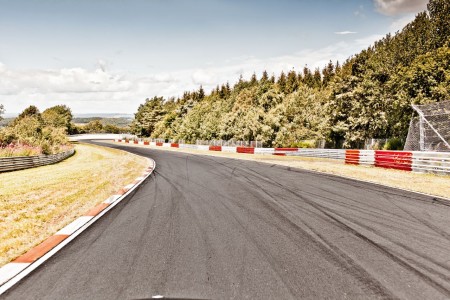 Bogner sets km ZERO at Antoniusbuche, right before the overpass, and each subsequent “increment” of the circuit he shows uses that as the demarcation point. Now, probably because Jäger begins his commentary by mentioning a waypoint just prior to that, Döttinger Höhe which is where the cars that civilians run (i.e. not under race conditions with a proper start/finish line) are fed onto the track (so as to have a straight patch of road on which to build up speed before the turns that follow Antoniusbuche), some of the, ahem, “less enlightened” reviewers have opined that Bogner’s count is off by 1.5 km and therefore the whole book gibberish. These are the same know-it-alls who complain that the book tells the racer nothing about car set-up or racing lines [all parameters as highly individual as what they should eat for breakfast]. Ignore the noise from the peanut gallery!

Consider, too, that none other than “Regenmeister” Hans-Joachim Stuck, who won here in 1970 (as his father had in 1934 and his sons may in the future), writes in his Foreword that every time he looks at the book it gives him that “north loop feeling” of adrenaline and pure joy. If he says this is the real thing, who would be fool enough to argue?