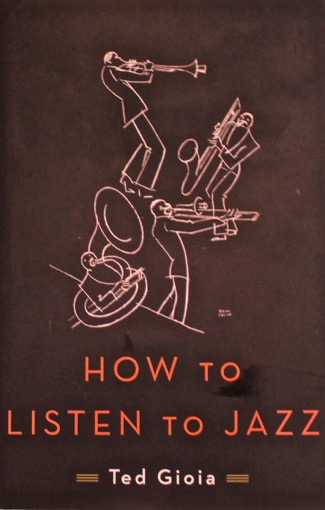 We’ll be brief. If you are a jazz devotee already, you know of Ted Gioia’s contributions to the history, understanding, and appreciation of the music. Ten books on the subject he has under his belt. He has taught the subject at university level and is a practicing jazz pianist. If jazz has not been your darling, but you have an inclination to learn more and want to listen in earnest, this book is a logical, excellent place to start. That it is well written and well researched is a given. There are two points we will consider.

One: In How To Gioia attempts to explain how a critic arrives at his conclusions—why four stars instead of two. He explains that for a knowledgeable reviewer there really do exist criteria and legitimate standards, and that critical reviews should and can be based on more than whim and bias. He mostly succeeds. One idea, not usually proffered, makes sense: For the sake of comparison (with commonly acclaimed music and musicians), one should listen to amateur, substandard, and student renditions.

A typical graduate course would meet for four hours once a week, fifteen weeks over a four-month period, and students would be expected to use twice that for reading home study, research and writing papers: 180 hours. Gioia lists 115 selections for attentive listening, about ten for each jazz style, from New Orleans to postmodern and neoclassical. From New Orleans to bebop the selections would average three minutes each—because of the limitations of the 78 rpm record. In the LP era, it was not uncommon for jazz cuts to time out at between five and fifteen minutes. For an 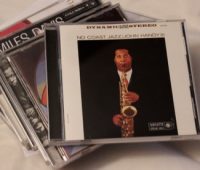 average, seven minutes per selection is reasonable. We have, then, 805 minutes (115 x 7)—about 14 hours of listening time. And we have to add at least another 180 minutes (three hours) to allow for selections from the current musicians found on Gioia’s extensive list of suggestions for “listening to jazz today.” (We recommend that Grace Kelly be chosen—the saxophonist/vocalist, not the Princess turned movie star.) So far we have about 17 (14 + 3) hours of listening time. Gioia suggests, that along with records, CDs and streaming, we can find material on YouTube, a contemporary and useful idea. 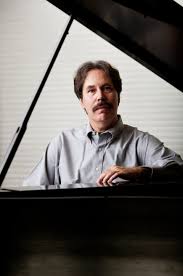 But we have to assume that, minimally, a dedicated student would listen to each selection at least four times which comes to 68 hours (17 X 4). We have to add at least another five hours for listening to lesser renditions of jazz (see above). Also, allowing for at least fifteen hours for reading and studying this and related books—we now have about 88 (68 + 5+ 15) hours invested. Assuming that this time would be spread over a few months, our contention that How To can be used as a guide and a syllabus that would be comparable to a graduate course comes up quite short, but the basic idea holds. A mini-course perhaps? For this reason alone we recommend this latest of Gioia’s books. Study hard, listen hard, and lay back to groove—now with deep knowledge and sharp critical understanding—to the sounds of Beiderbecke, Ellington, Monk, Davis, Coltrane, Garbarek, Marsalis, Kelly, et al. Recommended.

Concorde: The Rise and Fall of the Supersonic Airliner »
« Bugatti; The Man and The Marque