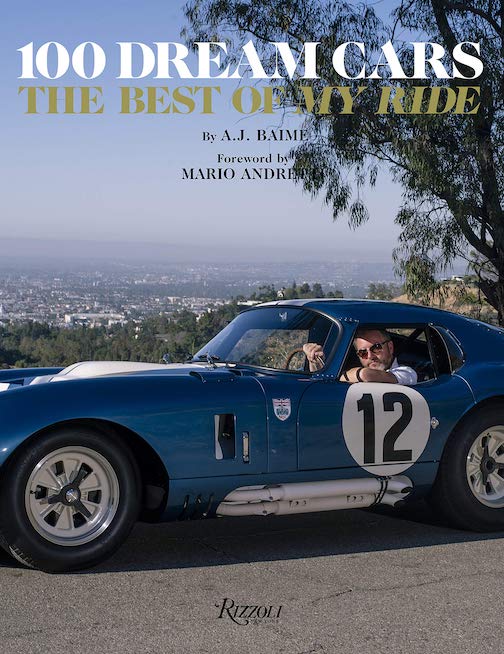 “Today, we are at the threshold of a new automotive black swan moment. For the first time since Henry Ford’s Model T revolutionized society over a century ago, engineers and entrepreneurs are reinventing the wheel—changing the way we move around our cities and towns, even the way we and think of cars in the first place. Electric autonomous vehicles are already cruising our roads in vast numbers, and soon enough, our pizzas will be delivered by rolling ATM machines powered by big batteries and artificial intelligence.

What better time to capture the romance between humans and their steering wheels?”

No kidding: there is not a dull car, or a dull moment in this book. And certainly no dull people. Somewhere in the author’s intro is a line that says it all, “In a world that feels so full of conflict, these stories are mood adjusters.”

To those readers who harbor unresolved feelings about Baime’s 2013 stab at serious motorsports history (Go Like Hell) we say that with this book’s subject matter he is in his proper element, storytelling, a skill that was/is well suited to his more interpretative, narrative recaps of political events and of course his varied newspaper/magazine work. 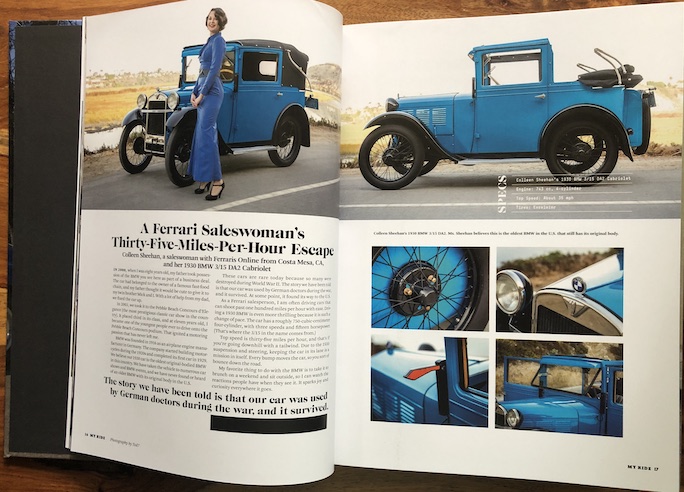 This book is a compilation of several years’ worth of weekly columns in the Wall Street Journal; starting in 2013 they still run today, which is no small feat and speaks to their appeal. It is also no small feat to have snagged quintessential American racing driver Mario Andretti to write the Foreword; and while it’s mostly of his racing career it does get in synch with the book when he writes about his own cars having something in common with all the vehicles in this book, and in the “My Ride” columns: that they “have meaning beyond the simple purpose of transportation.” 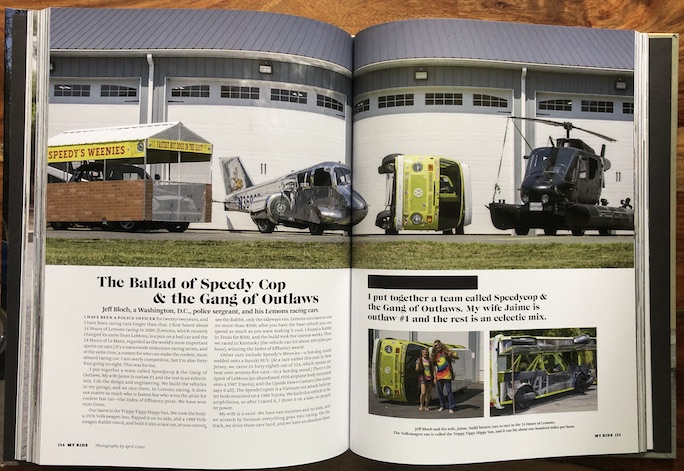 Officer—there’s a helo in my rearview mirror! And I was just passed by a VW bus that’s on its side! Beam me up, Scottie. 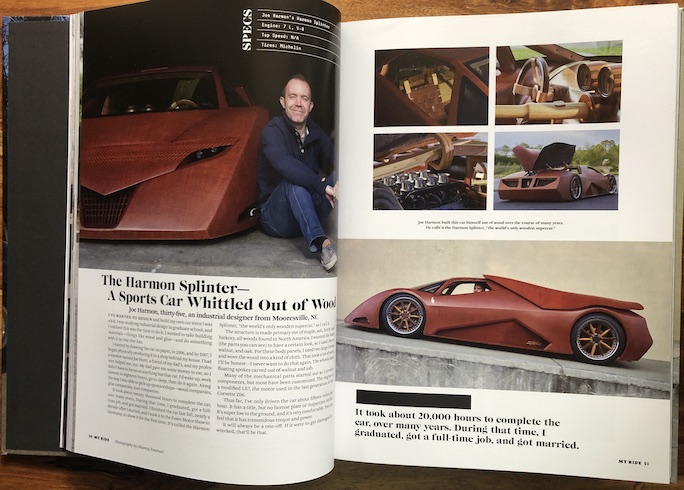 Why is it called the Splinter? Because it’s made of wood, duh. And you thought carbon fiber was special . . .

Consider: from driving beer cans to a wooden supercar, from a million-mile 1964 Porsche (also a million-mile Chevy van) to blue-blood Pebble Beach confections, from a humble 2CV to the ultra exotic Koenigsegg . . . a good number of the hundred choices shown here transcend their purpose as “transportation device.” Yes, there are also cars in basically stock configuration but even they have a story that moves not only their direct custodians but anyone who has an imagination. There are even bikes/trikes, scooters—and RC cars! And a pop-up travel camper cum wedding chapel! And a 90-year-old grandma who rode her Harley for 1800 miles, each way, to the Sturgis rally, and wants to do it again when she turns 100! Remember the reference above to “mood adjusters”? Don’t be a book snob! Don’t be prejudiced by the heaps of “Dream Car” books brimming with questionable and subjective choices, and, gasp, vapid coffee table books for which trees gave their lives in vain. This is not one of those. 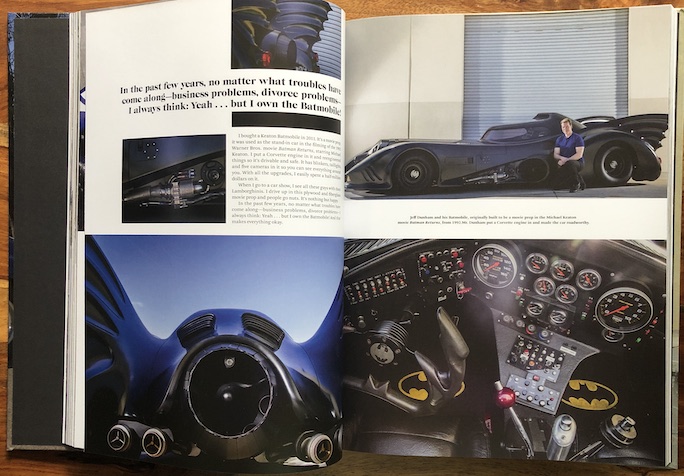 Priorities: “In the past few years, no matter what troubles have come along—business problems, divorce problems—I always think: Yeah . . . but I own the Batmobile.”

Lest you be envious of Baime getting paid to crisscross the country if not the globe to land these stories, realize that they are based on phone interviews that he then turns into essays in the car owner/s voice. The stories run 2 to 4 pages each and are less about the cars than the people. Each car comes with a spec table of sorts that, quirkily, includes the tire choice. The photos are professional-grade, sourced from locals who shoot them on spec for the WSJ, and that they are reproduced here in grand splendor is thanks to art book powerhouse Rizzoli taking on this project. (No Index but the Table of Contents will steer you right, listing vehicles by year and model albeit in an order that does not reveal its organizing principle.)

If the foregoing hasn’t yet amused you sufficiently, the laugh-out-loud low price will: $45. How do they do it??