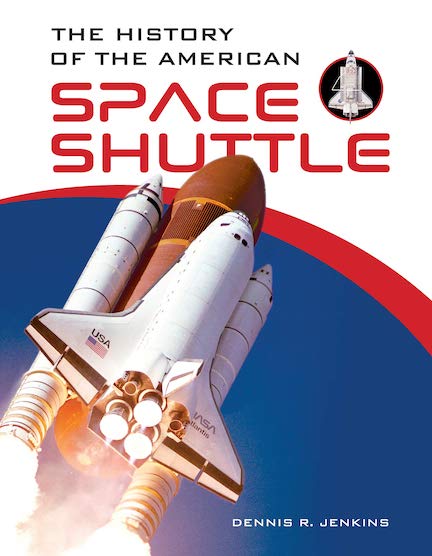 “Regardless of the expectations and circumstance, space shuttle accomplished remarkable things. These included launching significant payloads such as the Hubble Space Telescope and assembling the International Space Station. During its thirty-year flight campaign, space shuttle carried more crew members to orbit than all other launch systems, worldwide, combined. It carried more than 3.5 million pounds of cargo up and essentially everything that has ever been brought back down.”

You may well have a Jenkins Wing in your library so prolific is this author’s output. As a long-time contractor to NASA, mostly on the Space Shuttle Program, he is singularly qualified and has written award-winning books recognized by such high-caliber institutions as the Astronautical Society (Ordway Award for Sustained Excellence in Spaceflight History) or the American Institute of Aeronautics and Astronautics (Gardner-Lasser Aerospace History Literature Award). We point this out to preemptively counter the criticism that this 2019 book is not putting a greater dent into the universe than his seemingly similar 2017 opus Space Shuttle: Developing an Icon 1972–2013 (ISBN 978-1580072496). It’s not meant to…they are aimed at different audiences.

That 3-volume 18-pounder was four times the size (and three times the price) of this new one. It is so thorough that none other than the late Walter J. Boyne, director of the National Air and Space Museum and a Chairman of the National Aeronautic Association, called it “impossible to top in the future.” Naturally, Jenkins wanted to guide the reader’s expectations by putting the word “concise” into the new book’s title but it was removed by the publisher at the last minute. So, this book is a short history, short as in two pages per mission (one for data, one for photos), short pre- and post-histories, and brief description of the two accidents (Jenkins served on the Columbia Accident Investigation Board). This book is meant as a handy reference for a more general audience or a sort of primer for the novice. 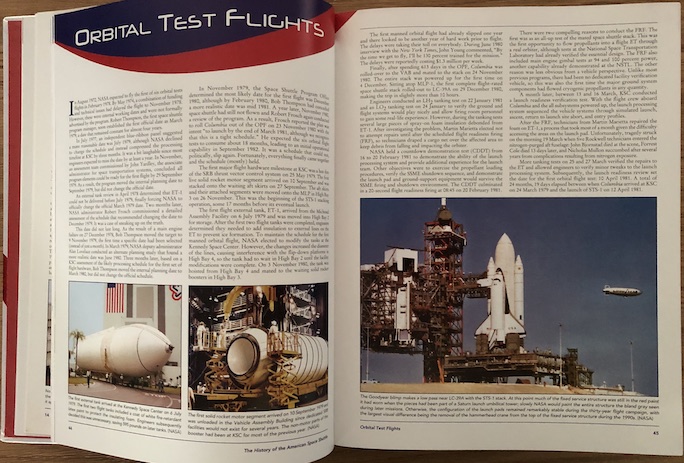 If you fall into the latter category, do realize that this is not a book for daydreaming over glossy photos and lofty thoughts—you will have to exercise the old noggin! Pretty much right out of the gate you’re dealing with calculating orbital tracks, the behavior of lifting bodies, or the pros and cons of abort options. It does get easier once you’re into the 135 mission profiles, the bulk of the book. Plus, there’s jargon, and a 2-page list of acronyms so that you may decode what the MSC and MSFC issuing an RFP for an ILRV is really all about (acronyms are also spelled out in the text the first time they are used).

Jenkins’ NASA work took him into both the engineering and management sides so you’ll also get a taste of budgeting, politicking, materiel sciences, technology of all stripes, and the always conflict-rife matter of disagreements among agencies (in this case mainly the Air Force v NASA). 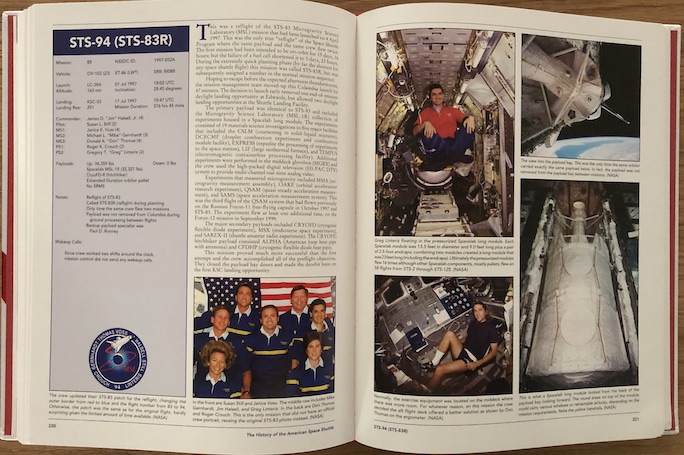 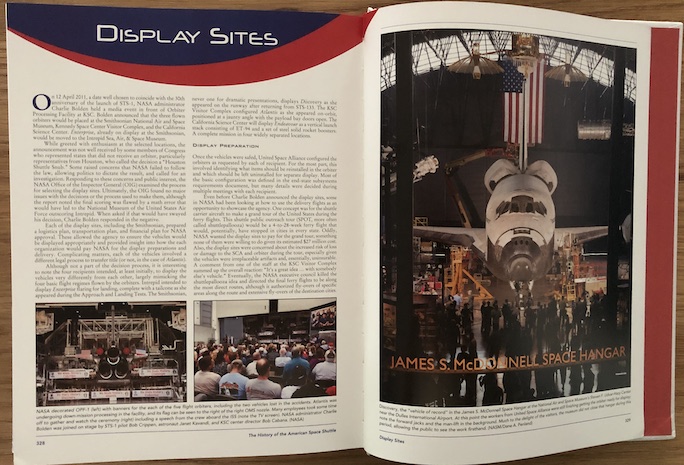 Even this is a topic Jenkins can speak about with authority: he was the United Space Alliance project manager for the Orbiters on Display Working Group that delivered the space shuttle to their final display sites.

Much like a space shuttle this book is crammed to the gills with “stuff.” That the type size is only 8 points is not helping, and you don’t need high-level math to figure that squeezing over a thousand illustrations into about 330 pages means they’re going to have to be smallish. If you do have the Icon book, know that Jenkins made a point of using different photos wherever possible in this one; many, in fact, have not been used in print before anywhere. 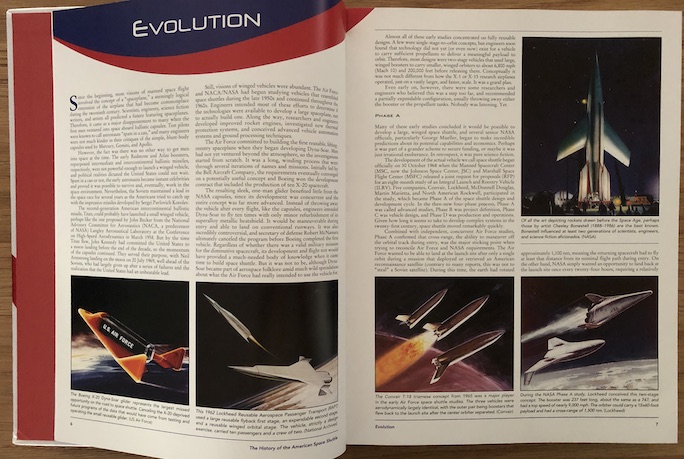 People who never really think about the parameters for reusable “spaceplanes” will find the discussion in Chapter 1 (“Evolution”) an easy point of entry. It explains the pros and cons of glider-type winged machines v blunt-body capsules, the thinking behind the single-stage-to-orbit concept—which despite all the many progresses that have been made does still not exist—and picks up the thread with the early ICBMs at the dawn of manned spaceflight. Here in particular Jenkins’ multi-faceted background lends weight to such otherwise incendiary pronouncements as: “Several senior NASA officials…began to make incredible predictions about its potential capabilities and economics. Perhaps it was part of a grander scheme to secure funding, or maybe it was just irrational exuberance. In retrospect, it was pure science fiction.” Somehow a 30-year program came out of all this, mounting 135 missions.

There is no Index (and, realistically, there’s no practical way to have one in a book of this scope) nor Bibliography (easy enough to source elsewhere). If you have good eyesight (or good reading glasses) this book is a most competent guide to a singular chapter in the history of mankind. If nothing else, the next time you hear someone pontificating about “spam in a can” you’ll know how to set them straight!

Posted Under: Aviation, Space | Author: Sabu Advani | No comments yet