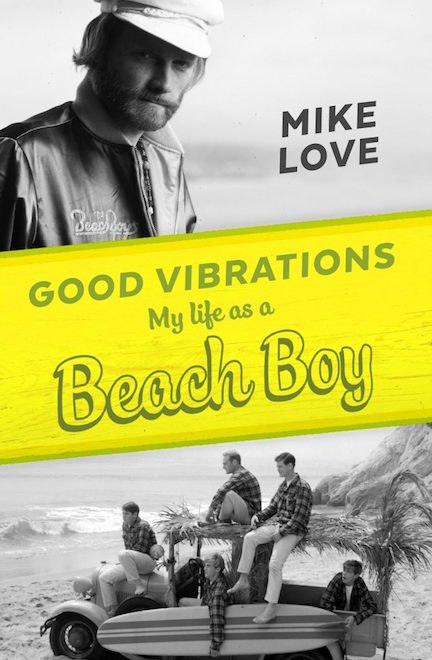 The most telling moment in the book is when Mike Love proposes a motive for the fact that, way back when, Murry Gage Wilson, Brian’s father, did not officially credit Love for songs for which he, Mike, had contributed lyrics and ideas. Love suggests the reason for this backstabbing was that the ever-striving Murry was always jealous of his more prosperous brother-in-law, Mike’s father, Edward Milton Love. Murry could at least “get even” by stiffing the son. Jealousy runs both ways. Murry’s nephew Mike has always been jealous of the adulation his better-loved cousins, especially cousin Brian, received throughout the years, and this book unfolds as a means to show that such adulation should be showered on Mike Love too.

Eventually, many years after the heyday of the early Beach Boys, cars, sun and surfing, Mike, through the courts, turned the tables on Murry to receive songwriting credits, along with the money this generated. Mike proposes that contrary to what most Beach Boys chroniclers and historians believe, Brian was complicit in this deceit. If Love is correct in this assertion, it certainly rubs against the legend of the troubled genius, Brian, who only wanted to create. Maybe so, maybe not, but another theory could be that Brian was cowed by his father and although signing his name on the dotted line, had no real clue what was actually happening. Mike Love wants to forgive and forget, but is unable to completely shake off his resentment. He still sounds pissed-off. 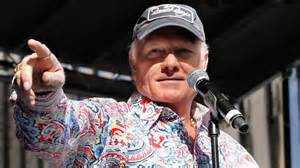 Not unlike Paul McCartney insisting that he, Paul, was really on the cutting edge, aware of the likes of Karlheinz Stockhausen when John Lennon was still cutting his teeth on Little Richard Penniman, Love tells of how he would reshape the rough lyrics Brian was using to structure his songs in order to make them hits, how his use of alliteration and rhythmic word play made them shine and pop. His genius should not be overlooked. He says that it was he who had threaded a lyric positivism throughout the opus “Good Vibrations.” This and so much more of the book is Love calling out: “Look at ME, Ma! Don’t look at the others! Don’t look at Cousin Brian! Look at ME, Ma!”

Although he says he has developed a thick skin against the Love-dislike of many Beach Boys fans—more to the point, Brian fans, he just can’t seem to understand why such disapprobation stalks him. To be fair, the anti-Love websites cross over into unconscionable threats and unwarranted loathing—but, come on! There are echoes of the infamous Richard Nixon contention: “I am not a crook!” He even feels the need to spread the blame over the “biggest turd” incident, implying that it was the whole gang who engaged in such shenanigans—not just ME! Why bring it up at all? 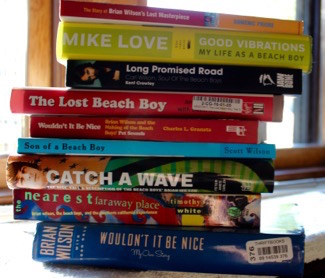 For Beach Boys fans and historians alike, however, attention must be paid. It always helps to add to the body of scholarship to have the viewpoint of all the participants, allowing for reconsideration and further insight. The book is reasonably well written, the photographs welcome, and it should be on the same shelf as the biographies and autobiographies of the rest of the band. Even David Marks weighed in years ago with The Lost Beach Boy, and Love’s book is a long time coming—although we still await word from Al Jardine and Bruce Johnston. Four years have already gone by since Love and the other surviving Beach Boys put aside animosities and legal wrangling to stage a successful and quite enjoyable 50th anniversary tour.

A personal note: Mike Love and Bruce Johnston, with a touring band, legally perform under the aegis The Beach Boys while since the turn of the century, Brian Wilson, sometimes with Al Jardine, has performed under his own name. I saw The Beach Boys about eight years ago and, yes, I enjoyed what was basically a satisfying oldies act. I stood up and sang along with “409” and “Fun Fun Fun”. The venue was small and I, along with other fans, pushed up to the edge of the stage to shake Love’s hand. When it was my turn, Love hesitated and gave to me a weird look of disdain. It was chilling. On the other hand, for years now, I have been attending Brian Wilson concerts. Part of Wilson’s show is an oldies act—who doesn’t want to sing along to “California Girls”? But unlike Love, Wilson regularly has been creating albums of new material for over a dozen years, and the new material adds weight and contemporariness. In 2008, for example, Wilson released his album, That Lucky Old Sun, and he performed the entire album live. And when Wilson enters the stage, a bit unsteadily of late, a rush and gush of love (with a small “l”) flows from the audience, a phenomenon that would most likely stick in Mike Love’s craw. “Look at ME, Ma!”

Posted Under: Biography/ Autobiography, Music, Other Genres | Author: Bill Wolf | No comments yet