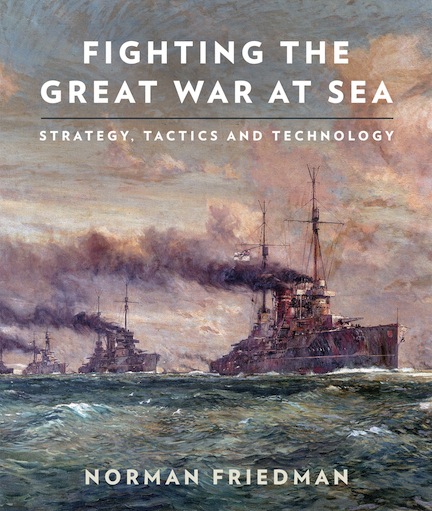 “What broke Ludendorff? The answer has never been entirely clear. There was no single defeat in the West, but the German position in the southeast was collapsing. Once Austria-Hungary left he war, southeast Germany was open to attack. The Turkish collapse opened the Dardanelles to a massive influx of Allied forces, which could move up the Danube into the heart of Austria and southern Germany. Ludendorff needed all his troops to hold the Western Front; he had nothing left. An attack into southeast Germany ultimately meant an attack on the most sensitive part of the country, eastern Prussia. That was an intolerable threat. This aspect of the war would have been inconceivable without the flexibility British seapower brought.”

The reason for opening this review with a quote plucked right from the nitty-gritty of the sort of micro detail that mostly readers with keen historic leanings would find intriguing is to establish that [a] this is very much a Big Picture book and [b] mostly concerned with British and German activities. US and, to a lesser extent, French navies are discussed where relevant and the Russian, Austro-Hungarian, and Italian navies are considered only in passing. The quote also illustrates that the application of seapower has consequences far beyond the waves, which, certainly in the context of WW I is not an intuitively obvious situation.

No one book can cover every single thing and it is important to realize that the author positions his not as “a full account” but an exploration of specific themes. Several of the over 30 learned books by this prominent American naval analyst alone approach the topic of WWI naval matters from various angles, shuffling the deck as required. This is probably the most analytical. Packed with detail, it is not an easy read for the reader new to the subject but it is written in such fully rounded prose and with fleshed-out context that it draws anyone in who is curious to “look at the whole board.” The expert reader too has his work cut out because Friedman connects certain dots in ways that are not necessarily contrarian but, for lack of a better word, speculative. A key point, for instance, is that unlike Britain’s big previous (Napoleonic War) or future (WW II) naval engagements, WW I found Britain flatfooted because “it was not so obvious why the war had broken out,” resulting in unclear strategic aims vis-à-vis a country that was Britain’s biggest trading partner and, consequently, the “squandering of too much of the advantage their seapower gave them.” Nothing about this train of thought is simplistic, only 20/20 hindsight is.

As the subtitle makes clear, this book is concerned with Strategy, Tactics and Technology so really curious readers may want to consult the author’s Naval Weapons of World War One (2011, same publisher, ISBN 9781848321007) for an in-depth treatment of the actual hardware.

Whereas underwater armoring, code-breaking, or torpedo guidance systems are obvious enough topics, a layperson has probably never given a second thought to how funnel smoke or fire extinguishers or optics for night fighting affect a battle. From such micro issues to macro topics such as overall battle doctrine and geopolitical parameters, Friedman offers a grand, sweeping examination of the combatants’ capabilities and internal thinking.

One crucial factor that nowadays is too often simply reduced to a platitude is that, initially, all sides assumed the war would be short. If this book does anything, it is making clear that you only know what you know at the time you are required to make decisions.

The photos are good if not exactly plentiful but there are few maps. Captions are extraordinarily extensive, as are the Chapter and Source Notes. Good Index.