For Honda F1’s master strategist to be able to engineer a management buy-out after the team quit F1 was already a coup. But to then go on and win both the constructors’ and drivers’ championships on the first try was the stuff of dreams. This book looks at just that one season, 2009. 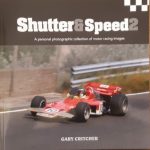 One of the largest motor agents in Australia, Munro also ran a service and coachbuilding facility, adding a host of other businesses over time. The chance discovery of the Munro archive, unseen for nearly a century, sheds light on early motoring in a harsh country.

The title hints at the dichotomy in the Lotus founder’s character but the book makes an effort to show that Chapman compartmentalized his waywardness: questionable morals as a friend and businessman but (almost) never in motorsports.

DeLorean’s longest-serving employee became its last CEO and so knows the firm’s history from all angles. You’ll probably end up retiring a good many of the falsehoods that have sprung up over the years.