More Than Automobiles: The Packards of Warren, Ohio 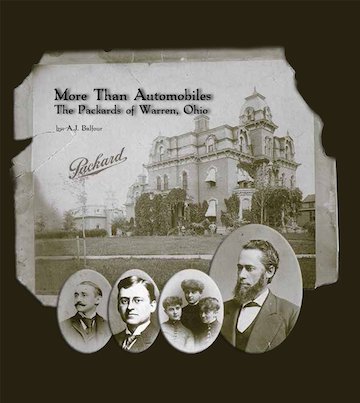 Sometimes we can find ourselves so caught up in the statistics and facts of automobiledom that we forget or lose sight of the people involved. And although this volume is modest in overall size and page count, it conveys a tremendous amount of information between its hard covers—and does so with style, grace and the elegance befitting the individual members of the Packard family to whom readers are introduced on the pages of More Than Automobiles, The Packards of Warren, Ohio.

As author A.J. (Jim) Balfour, himself a Packard enthusiast/owner and author of numerous articles on the marque, quickly makes clear Packard motorcar’s creators, brothers Ward and Will, were each well endowed from birth by heritage, then education and examples set by their elders to successfully accomplish the various tasks they set before themselves. Their father Warren was self made, succeeding in numerous fields; retailer, manufacturer, lumber supplier to the railroads that were busily expanding criss-crossing the continent, and resort owner/operator. 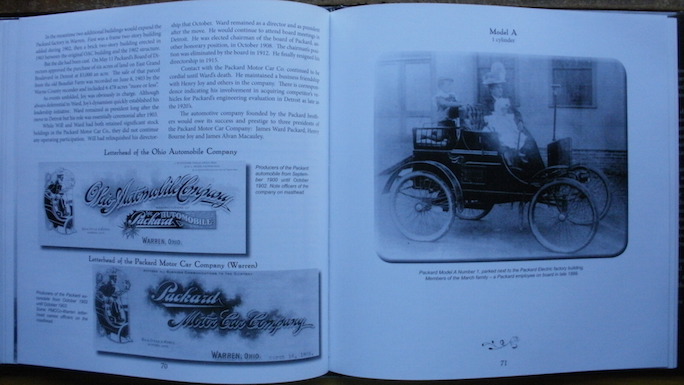 All five offspring of Warren and Mary Elizabeth (Dowd) Packard, two boys and three girls, displayed natural talents and each built upon those talents that had been augmented and enhanced by their schooling.

Firstborn William Doud, known as Will, began a technical and physics education but found his calling in accounting and management. Second born Ward earned his degree in Mechanical Engineering which fit glove-like both his interests and skills. Together the lads had their first success capitalizing on the nascent electricity industry as they founded and built Packard Electric (established in 1890, eventually sold to General Motors and now, after spin-off, part of Delphi Industries) and then, in one of the buildings of their Packard Electric company they created the first Packard motorcar in 1899 as they answered a challenge from Alexander Winton to create a better motoring car than the one that bore his (Winton’s) name. Today we know Ward and Will met Winton’s challenge and then exceeded it for 1.6 million motorcars carrying the Packard nameplate were ultimately produced. Today any one of the cars extant is highly respected, desired, and valued. 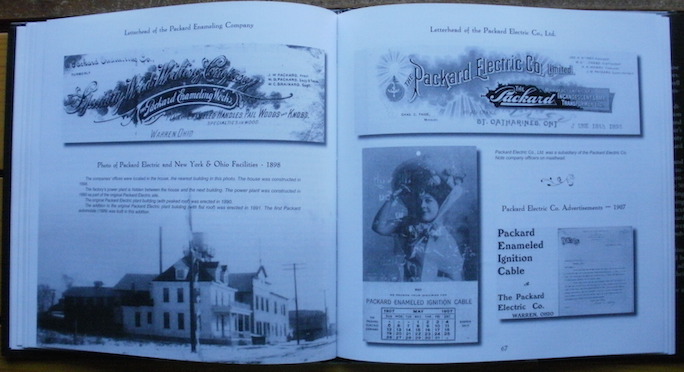 But this book only mentions the cars for its focus is on other aspects of life that were equally important to Ward and Will and their sisters, Alaska (known as Al), Carlotta, and Cornelia Olive—in the order of their birth.

Al was a working woman before she wed, rising to a supervisory position, unusual for a woman of that era. Her first marriage ended in divorce after the daughter of that union died at age six. With her next husband, she bred and raised horses and dogs. When he passed Al devoted the balance of her years to caring for the canines.

Carlotta never wed and devoted her entire life to family and her own canine companions. Olive, as she was always called, as the youngest and therefore longest surviving Packard sibling was often present representing the family, most particularly her brothers, such as at the 50th anniversary of the Packard automobile. Her marriages had resulted in her relocating to Cleveland where, as a widow, her “comfortable situation” meant she was able to engage in philanthropic activities. 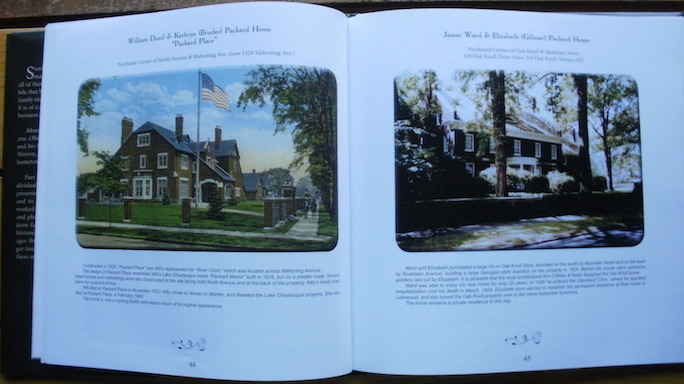 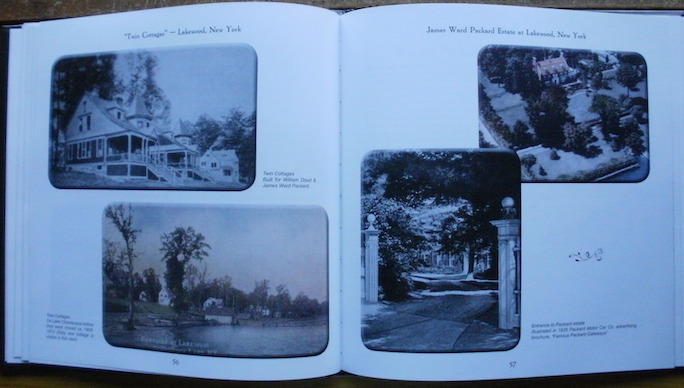 Lovely and gracious homes were always enjoyed by all the Packards as an entire segment of the book delineates. They built beautiful homes and an elegant apartment building in hometown Warren, and other homes on the shores of Lake Chautauqua in New York State, on the other end of the Erie rail line (more or less parallel to the Erie Canal). Those pages are followed by ones offering a bit more information regarding Will and Ward’s business ventures; Packard Electric Co, Ltd and Packard Automobiles.

The concluding pair of chapters “show and tell” of the various hobbies and other interests of Packard family members, as well as of their extensive philanthropic activities. Truly an exemplary family in all facets of work and play.

You’ll enjoy, as did your commentator, learning about them all on the pages of Balfour’s More Than Automobiles, The Packards of Warren, Ohio.