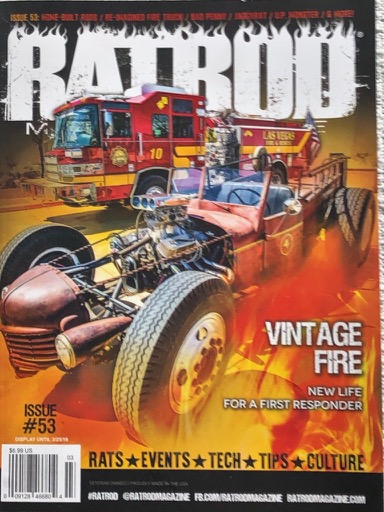 “The problem is a clown on fire gets a lot of attention too, doesn’t make it a good thing either especially if you are the clown.”

Rat rods have been around at least since the early 1990s. Most rats are based on American cars and light trucks from the 1920s to the 1950s, typical hot rod material. These homemade cars are the antithesis of the expensively crafted show cars as found, for example, at the annual Grand National Roadster Show held in Pomona, California. Grit, oxidation, faded paint, exposed welds, dents and dings have become points of pride and the aesthetic heart of rat rodding. A corroded beer can for a filter cannister or a gearshift knob? Why not? A gargantuan pipe wrench for a front bumper? Sublime. Dangling wires escaping from the crude wooden dashboard? Why, this just adds to the appeal. A broadsword for a shifter—and who needs upholstery for the drilled bomber seats? The body should be channeled deep over the frame, the lower the better.

These stylistic appurtenances are quintessential rat rod, but exceptions abound. Why not, for a change, raise a rusted 1931 Ford high off the ground for off-road use? Why not create a rusty monster truckwith a single, massive, centered front tire? The soul of the hobby exudes crude, rebellious beauty. And the rat should be a shitload of fun to drive. We’re not talking here of any Kandy-Kolored Tangerine-Flake Streamlined Baby. 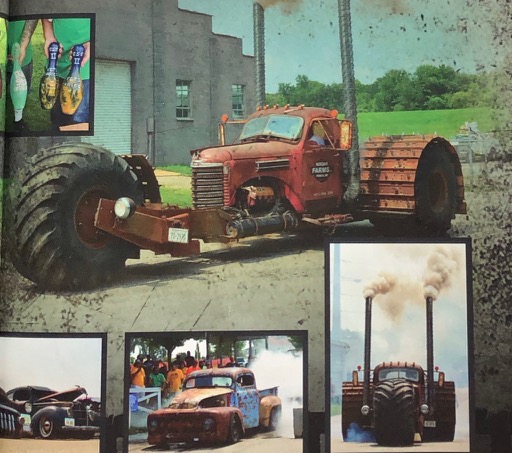 Rat Rod Magazine is going into its tenth year. Although it shares some values and content with Ol’ Skool Rodz and Car Kulture Deluxe, there are discernable differences. These other two magazines are geared to those building cars that reflect and pay homage to hot rods that were built during the late 1940s to the mid-1960s—thus “ol’ skool.” Although rats are sometimes featured there, most of the cars shown are well built and traditionally attractive. The layouts of these magazines are also traditional, looking similar to the layouts of the venerable Car Craft and (the now defunct) Rod & Custom Magazine. Rat Rod Magazine looks different from the others, and the articles and columns found in Rat Rod differ also. 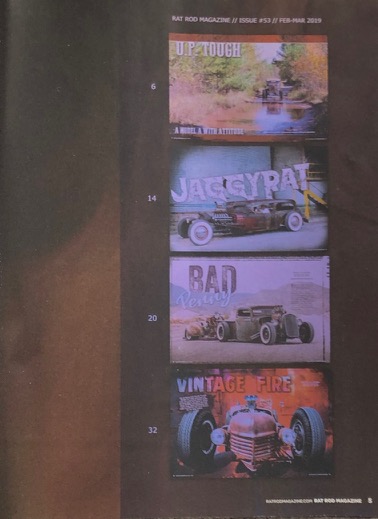 The look of the magazine comes across as subtly more artistic than other hot rod magazines. The contents page has four small photos reproducing the title page of each featured article. These photos, stacked one atop the other on the right side of the page, are shown in low resolution, inviting a nostalgic almost sepia presentation. The respective page numbers, small and white, are directly to the left of each image. This composition is on a black field adjacent to a subliminally but sharply defined field of deep, deep brown. Editorial information is given in small font, on the last two pages, over a close-up of a rat interior. The article on the off-road 1931 Ford has a border of monochrome strips with an arboreal motif. Rat Rod uses double page layouts to advantage. The front cover, although a photograph, is photoshopped for the look and feel of a hand-drawn, hand-colored illustration. Some interior photographs are in monochrome. The art director Sotipops has done well. 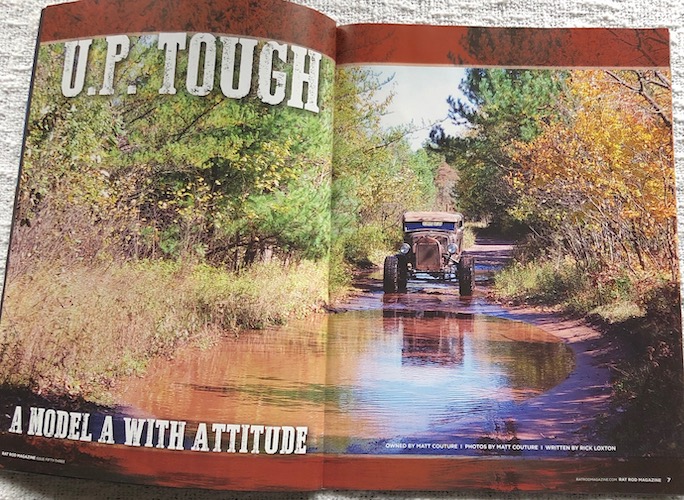 Rat Rod Magazine is “veteran owned and proudly made in the USA.” Does this have something to do with its overall presentation? Although the featured car articles (the vehicles featured are well chosen) are quite similar to what would be found in other magazines, the technical articles are not. They do not measure up. These are somehow vague and not very informative. If a reader wanted to chop a top successfully, she would have to go elsewhere for better instruction than that offered in the Tommy Toolbox article. Luke Merrill’s explanation of automotive steering mechanisms is weak; Geoff Johnson’s advice on “funding your rat” is ambiguous. Most surprising is Pastor David’s Word. A column in a hot rod magazine praising Jesus Christ and quoting Billy Graham is rare if not unique.

It is safe to say that the taste for rat rods and rat rodding is an acquired taste—not for every car enthusiast. The same can be said for Rat Rod Magazine.

Jim Clark – The Best of the Best »
« Lost Road Courses