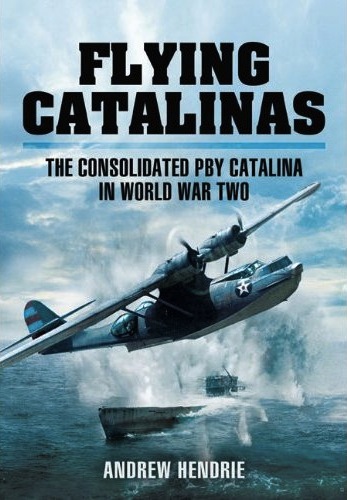 It seems an odd misnomer for an aircraft with all the aerodynamic properties of a brick to be nicknamed “Cat”—conjuring images of litheness, agility, economy of movement. It is obviously a shortening of its “Catalina” moniker whose origins are unclear (its predecessors were named Admiral [Model 9], Commodore [Model 12], Ranger [Model 22]). But, its very slowness gave it tremendous range and its ungainly appearance was a result of its operating requirements. It became the most resourceful and widely used multi-role flying boat/amphibian of World War II with almost 4,000 of all versions seeing service with a multitude of operators all over the world. Still today some 20 aircraft are in use as wildfire-fighters in North America.

Whole forests have been decimated to produce all the paper for all the books about all the various PBYs made by Consolidated Aircraft—or by a different name the PBVs by Canadian Vickers, PB2Bs by Boeing-Canada, PBNs by the Naval Aircraft Factory, Cansos of the Royal Canadian Air Force, or OA-10s of the U.S. Army Air Forces and later the USAF.

Hendrie’s book is certainly one of the ones to have but nothing it says about him makes clear just what it is he brings to the table. All the book jacket discloses is that he flew on Hudsons, Sunderlands, and Wellingtons. That this would give him relevant experience for relating to the PBY’s mission profile and heavy aircraft in general is obvious enough, but there’s more. Andrew William Aitchison Hendrie (1918–2004) retired as a Flight Lieutenant from the UK’s Coastal Command. That branch of the service expected aircrews, when not flying, to become familiar with all tasks in the aircraft—flight controls, radio, guns, even practice in the link trainer—and also study intelligence reports. This gives Hendry an uncommonly large frame of reference. Add to that his interaction with aircrews from, especially, Canada, Australia, New Zealand, and South Africa and you can imagine that his “little black book” is not so little. A number of these people, and many, many others, were interviewed for this Cat book to gather first-hand reports and quotes. Even before he very late in life acquired a PhD, Hendry seems to have had an “academic” bend and it is evident in all his aviation books, which he started publishing around 1983. His doctoral thesis, incidentally, became the meticulous but hard to read 2006 book The Cinderella Service: RAF Coastal Command 1939–1945 (again available as a 2010 reprint by Pen & Sword).

The book jacket calls the book “the definitive history of the Catalina and its operations world-wide.” It is the word “and” that seems problematic inasmuch as it is really only that latter that Hendry explores in depth whereas the plane’s design, development, performance, and specs are only considered in passing. A mere 9 of 240 pages—ch. 1 “The Machine” which, oddly, contains two sections entitled “Development of the Catalina flying boat”—give the briefest of summaries of the various Marks, users, and modifications. In particular, the PBY’s most distinctive innovations, its parasol wing mounted on a pylon and strut braced to the hull and the retractable floats that changed the Cat’s wingspan in flight even if they didn’t reduce drag as much as expected, are not covered in any satisfying detail. (The wing being fixed at a high angle relative to the hull line also gave the Cat its curious nose-down attitude in flight.) One must therefore deduce that this book is aimed at an audience already familiar with such things and, in fact, flying boat particulars in general. For instance, even the general aviator can hardly be expected to know what being “on the step” refers to in relation to a flying boat’s behavior on water. The book is brimming with such jargon, not least because it contains so many extensive quotes that are offered without any commentary.

Where the book does shine is in the wide scope of the operational details, particularly in regard to submarine-hunting which Hendry sees as the Cat’s major contribution to WWII. Eighteen chapters examine individual countries, services or theaters of operation, with particular focus on specific noteworthy actions. While this coverage is thorough it is selective and so also, strictly speaking, not definitive. At any rate, the reader will acquire a good picture of the versatility of the aircraft and its crews.

The text is footnoted. If there is a peculiarity it is that the level of magnification varies constantly, from the most sweeping almost too-general statement (say, a country’s political climate) to the almost absurd micro detail (such as the setting of a switch in the cockpit)—all on the same page! The type, incidentally, is set painfully small! Small too are the photos (brief captions, no credits, often undated) and the two tech drawings (one profile and one 3-view whose annotations and dimensions are all but illegible). Four maps help locate the action.

Appendixes A–U and even the Acknowledgements contain all sorts of meta data that is probably most useful to Cat personnel. The Bibliography enumerates sources used and is comprehensive but the citation style is so rudimentary that the curious reader will have to make an effort to actually find any of them. The Index too requires certain mental contortions before it reveals its secrets. 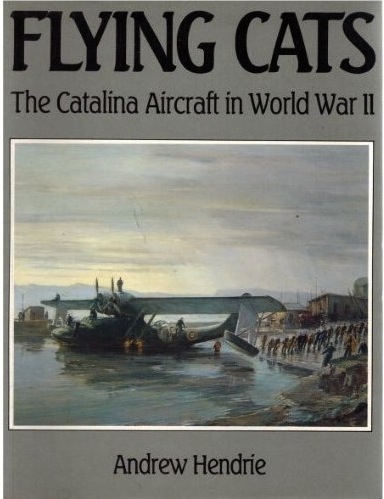 For the reader with very specific interests, this is a most useful book. Note, too, that it was originally published in 1998 by Airlife (slightly different tile, left), reprinted 1995. This new Pen & Sword edition is “nicer” in every way but it is not clear what prompted it at this seemingly arbitrary time and, obviously, posthumously.

For civilian uses of the Cat check out Consolidated PBY Catalina‬: ‪The Peacetime Record‬ (Naval Institute Press‬, 2002) by Catalina expert David Legg who runs The Catalina Society and is credited here with having helped on this 2012 edition.

The History of the American Space Shuttle »
« Continental Journeys