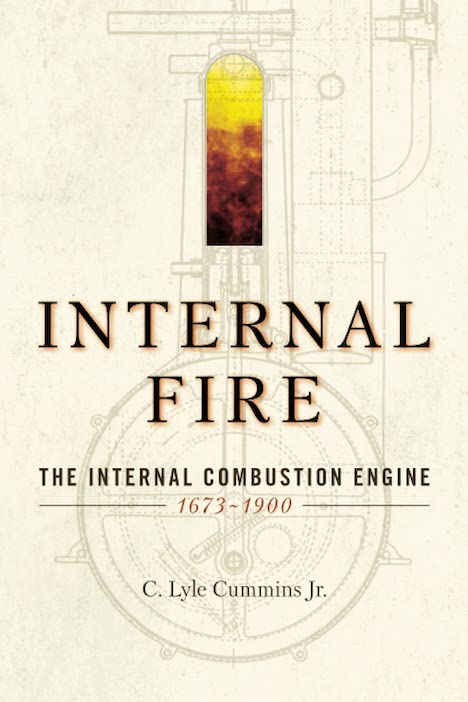 “Never has there been a more appropriate time to pause and reflect on the train of events Otto and his struggling predecessors put into motion. Because, for better or worse, the internal-combustion engine changed human life.”

Those words were written in 2000, on the eve of the 125th anniversary of the modern IC engine when this book was last reprinted, and they are still apt, possibly more now that the IC engine is surely on its last leg.

First published in 1976 the book has become a standard work of reference. Both it and the 1989 edition by the Society of Automotive Engineers have been long out of print and while still easily found used, and at decent prices not far removed from the original MSRP, they are of course a dwindling resource. They were hardcovers whereas this newest version, by Octane Press, is a softcover so a reader might rightly wonder in what way this new edition is an improvement. The author’s Preface and Acknowledgments have carried over unchanged from the 2000 reprint which means, absent any guidance from the publisher, there is no way of knowing that Octane expended much effort in editing and typesetting the entire text anew which, obviously, then required a new Index. The Bibliography remained unchanged and is probably best taken as a list of source material Cummins drew on.

The book is one of the few to examine the whole arc of history prior to the internal-combustion engine, inefficient as it was and still is, becoming the de facto standard motive force. (Anything has to be better than gunpowder, right?) You could think of the title both in the literal sense of “internal combustion” but also figuratively as the “spark” in the minds of the numerous inventors and builders and engineers who move/d mankind forward.

It’s always a pleasure to read a book by someone who is so eminently qualified to write it. That is certainly the case with Lyle Cummins (b. 1930), the son of Cummins Engine founder, Clessie—largest builder of medium and large diesel engines in the world. Add to that his own professional background in various fields of engineering and his writing skills and you have a winning combination.

The depth of knowledge in this book is uncommon, even for engineers. But it is by no means a dry engineering book bristling with formulae and hard science, and certainly not a textbook. It is about the people who brought power to mankind . . . who collectively affected more people and made more world history than any dictator, king, general or president ever did. A particular line of inquiry he pursues is that engines cannot be meaningfully examined without also looking at the fuels specific to them.

Internal Fire has enough technical detail to enable one to tell what each of the many inventors actually contributed through history. It starts with the earliest engine types—internal and external combustion like the Newcomen engine and gunpowder-driven machines. It ends with speculation as to what the rest of the 21th century will bring. The content in between will surprise you, no question!

Not only is Internal Fire extremely well researched, documented and indexed, it is uncommon in that it breaks the rules regarding our tendency to forget and bury our engineering history and the people who made it.

Cummins has used a difficult but bountiful resource for much of the work—patents. (He holds several himself.) Since engine development is largely through invention‚ there is much patent information from which to extract crucial pieces of industrial history. Not an easy task, however. In this work the author’s determined research shows through, often illustrating specific and critical patent claim language that literally affected the destiny of the world to come. Most researchers would not be able to justify that kind of depth.

If you are not interested in engines and their incredibly difficult development, you may not be able to stay with it. This reviewer did find himself trying to extract just a little bit more detail about engine features than could be gained from the 129 drawings provided. 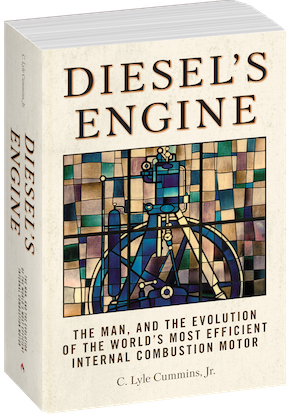 If you do get into this book, you will definitely learn a whole lot—almost no matter what your background—and develop a new appreciation of the mechanical power that surrounds us.

As an aside, the 1976 original was self-published. Ever the historian, Cummins named his outfit Carnot Press. Nicholas Léonard Sadi Carnot (1796–1832) was the French military engineer often called “the father of thermodynamics” who gave the first sound theoretical description of a heat engine, now known as the Carnot Cycle.

Octane also publishes a companion volume, Diesel’s Engine: The Man, and the Evolution of the World’s Most Efficient Internal Combustion Motor (ISBN 9781642340549).

Posted Under: Automobiles, Technology | Author: Other | No comments yet