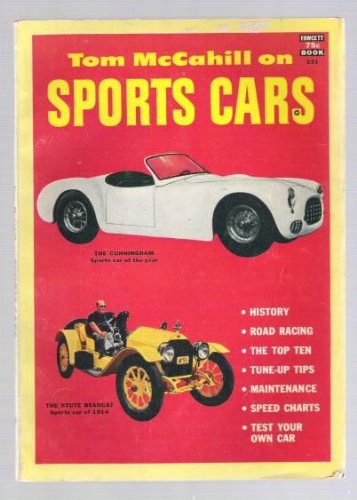 Yale graduate, high-end car dealer, personal friend to Walter P. Chrysler and Paul Whiteman, master of the extreme metaphor (the 1966 Dodge Coronet Hemi “is as furry as a mink farm and as snarly as a Bengal tiger in a butcher shop.”), reputed creator of the 0-to-60 testing standard and all-around gear-head, bald-headed Tom McCahill (1907–1975) had quite the reputation in the automotive circles of the 1940s through the early 1970s. Is it true he was a bigamist? Is it really so that he once fought off two goons hired by General Motors, sending them to the hospital? It is plausible that he could make or break a debuting model. In 1946 he wrote his first automobile review for Mechanics Illustrated, and, through the years, many more followed. It is said that during his tenure McCahill reviewed every car imported to the United States. His disdain for the cars manufactured in Detroit, with their gobs of chrome and wishy-washy handling, was reported often and with unflinching candor and heavy sarcasm. 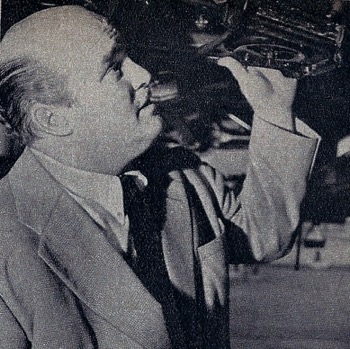 This publication offers 54 reviews, a proposal for McCahill’s personal dream car, a history of the sport, self-help articles on tuning, testing and driving—and the rather strange, to our modern view, appraisal of various water injection systems: “Can Your Sports Car Run on Water?” In another four pages, McCahill attempts to pin down the answer to the then (now?) much-debated question, “What is a Sports Car?” There are two pages of tepid Doug Rolfe cartoons, a page giving calculations for the ½ mile and the full mile (12 seconds at ½ miles comes to 150 mph, etc.) and a few pages of advertisements. These last are of historical interest. 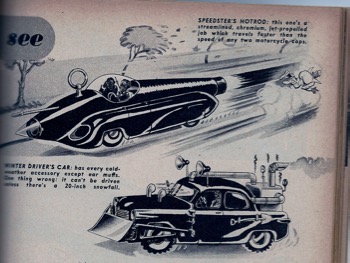 The first ten reviews, “The Top Ten,” run four pages each. These reprints from late 1940s Mechanics Illustrated* contain several b/w photographs, specifications, and test results. The reviews are given in the featured cars’ alphabetical order rather than best to “least best.” For some cars, the price is given: An Allard J-2 Competition Model went for $3,995, the Ferrari Type 166 Sports could be picked up, f.o.b New York, for “approximately $10,000.” Although automotive historians will find this book to be a good resource, what will frustrate them is that the year of any given car is absent and sometimes McCahill conflates different models in one review. It would be helpful if the original publication date for each review had been cited. 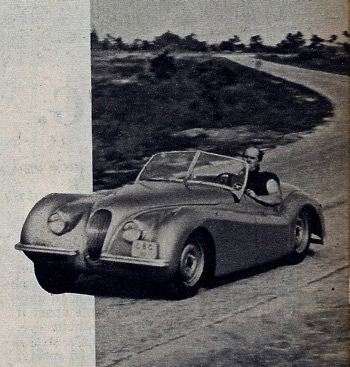 The rest of the 44 reviews are short, two to a page. Familiar marques appear, Bentley, Lagonda, Frazer-Nash, but we also see reviews for Dellow, Lozier and Edwards. McCahill discusses GM’s Le Sabre dream car (“The chassis and body would make Flash Gordon chartreuse with envy.”), and, on the other side of history, he comments on the Locomobile and the Auburn Speedster.

Overall, the physical quality of the book itself is poor. The feel of the pages is cheap, and the reproduced photos are anemic. Also, the book is characteristic of its time; a modern reader will object to McCahill referring to an Englishman as a “Limey” and the French Talbot-Lago as a “frog.”

One last note: A four-page article is devoted to his ride in a 1914 Stutz Bearcat, and McCahill opines that the Cat “can top those ‘51s.” This review got me to thinking. Consider that in 1950 the Stutz was 36 years old. An accompanying photo, the Stutz in the foreground, a 1950 Cadillac behind, blatantly underscores the phenomenal difference between a brass-era auto and a sleek Harley Earl design. Now picture a 1970 Chevrolet and compare it to a 2016 model. Sure, they look different, and the technology has advanced considerably; but there just does not exist that ocean of time difference between them as it does between the Stutz and the Cadillac. How will a 2052 Chevy compare with an automobile of today? And if we could resurrect the man and put him in a time machine, what scathing criticism or wondrous words of praise would Uncle Tom McCahill bestow upon them?