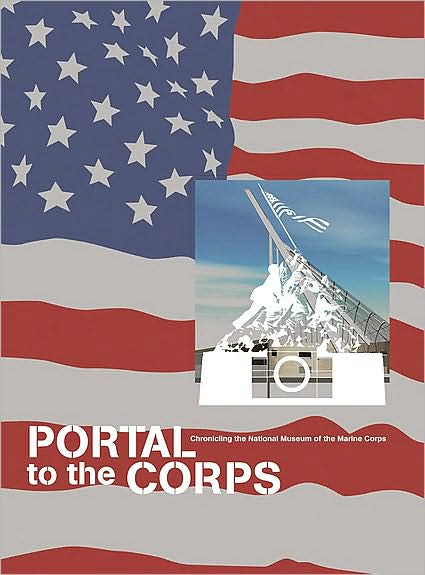 “Preserving this history means a great deal to Marines; our history is the standard against which we measure our performance today. We study the great Marines who fought in our touchstone battles and analyze what they did to forge the modern Marine Corps.”

If you recognized Mt. Suribachi right away on the cover, this book and what it is about—the Corps’ museum—are a success because it means that this single image is indeed the established placeholder or vector for all that the Corps represents—to its own and to the world at large. The raising of the flag on Iwo Jima was certainly a, if not the supremely iconic visual in the Corps’ long history and that’s why a stylized representation of that scene constitutes the basic shape of the National Museum of the Marine Corps in Virginia.

In over 230 years “in business,” the Marine Corps has fought many touchstone battles. No matter what you think of the military, its purpose or its methods, examples of humans co-existing peacefully with one another for more than an afternoon are exceedingly rare. Even if military might doesn’t fit into your worldview, this book still has an enlightening story to tell, namely the role that design can, and should, play in encapsulating grand ideas. If you’re less impressionable you could just call it “branding”—either way, how the civilian architectural firm that won the design competition went about giving physical form to what the Marines consider their “sacred heritage” is absolutely worth knowing, and thus appreciating. As if that isn’t difficult enough, the Devil Dogs themselves feel that, more than other branches of the military, the general public really does not—cannot—know what “it actually means to be a Marine.” Says Lt Gen Ronald Christmas in one of the several brief introductory statements, “That’s where this Museum differs from other military museums: every decision we’ve made is driven by our wish to share the experience of life as a U.S. Marine, its monumental challenges and unparalleled rewards.” 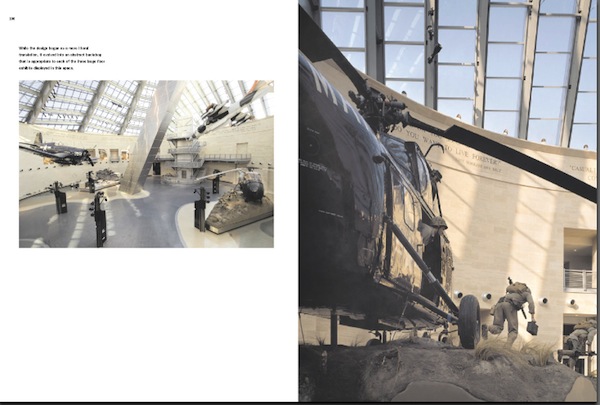 Published on the building’s first anniversary in 2007, this book presents a collection of essays by people involved with its conception and execution. That over half a million people visit it annually is because the museum “works.” If you have trouble decorating your house in a way that truly represents your values and your history, imagine how unfathomably difficult it is to begin with a blank piece of paper and try to tell someone else’s story. This was the mountain Curtis Worth Fentress of Fentress Bradburn Architects had to scale. Known for designing high-profile award-winning cultural facilities (National Museum of Wildlife Art, Draper Museum of Natural History, Whitney Gallery of Western Art, National Cowboy and Western Heritage Museum, and many others) the firm has a track record of creating topical work. None of the aforementioned buildings and sites are separable from the contents and ideas they showcase. True to their motto “Inspired Design for People” the firm’s projects are “informed by the unique combination of elements that define a specific project.” To achieve that in this case, the Commandant of the Marine Corps at that time decreed that the architects and others such as exhibit designer Christopher Chadbourne & Associates had better “green up a little”—become immersed in Marine Corps history and culture by attending bootcamp, experiencing shipboard life, and even walking a WWI battlefield in France. The greening-up applies to the reader too and so the book begins with a summary of Marine Corps history and activities.

If the book only talked about the Fentress design, a reader probably wouldn’t really recognize its virtues. Therefore three other finalists are also discussed, briefly, and it’s pretty obvious that the four solutions are totally different interpretations. 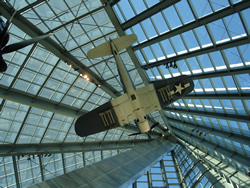 Every aspect of the museum project is discussed, from defining and refining the vision, to funding, to choosing the site, and designing the building and the exhibits. The bulk of the book consists of extensively captioned photos that are a testament to the length to which everyone went to get it right. Consider, for instance, that the Vietnam room is kept hot and humid like the jungle whereas the Korea room is cold. This makes it possible for visitors to see, hear, even smell distinct environments just as they were/are in real life.

Appended are a timeline (of the building), materials and design specs, misc. background on Fentress, various personal/personnel notes.

Architectural writer Jessica del Pilar who compiled this book says that in ten years of covering architecture she has “never been so moved by a client and their mission.” Let her show you why.

Heroes and Landmarks of British Aviation »
« Lotus 49: The Story of a Legend