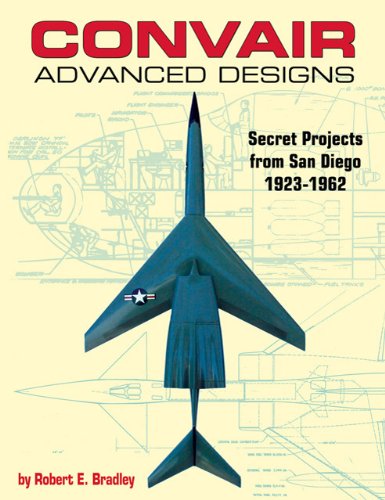 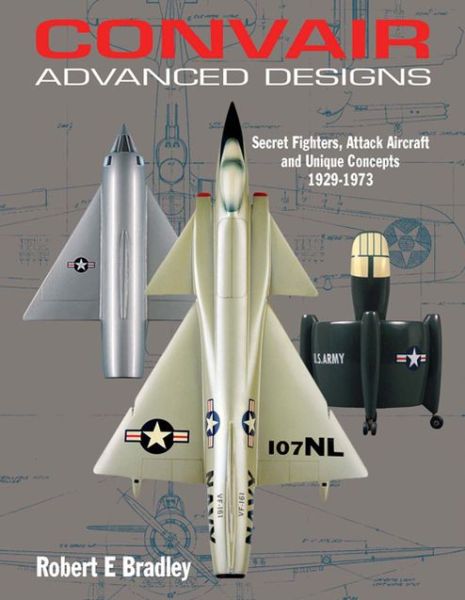 No matter where your interests lie, if you have an imagination these two books will make your spirits soar—not just because the subject is aircraft but because they show that there is no end to what the human mind can dream up.

Some of these ideas would be futuristic even if they were being developed today: a flying submersible that can fly for 300–500 miles and then dive for 10 hours; nuclear-powered jets, even turboprops; a seaplane that launches from a flatbed rail car; an autogyro (below) with a single rotor that retracts into the fuselage in forward flight—there are dozens more and that they are the product of one single company—and not even one of the “big” ones—is nothing short of impressive. 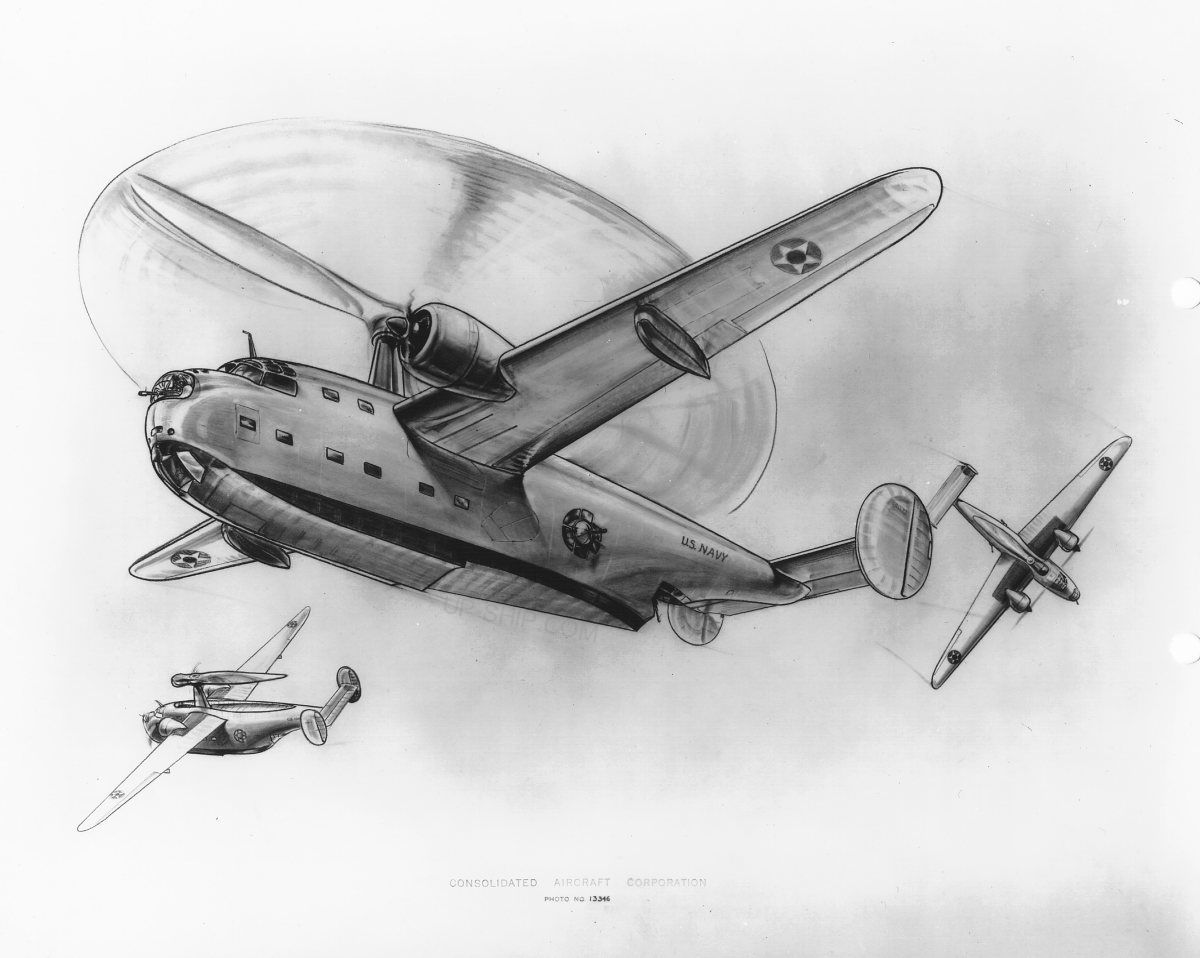 Much if not most of what these books contain will only be familiar to a very specialized audience, certainly in regards to illustrations. Convair enthusiasts need to internalize one important qualifier first: the books consider only projects started at the San Diego Division but do not follow in any detail those that were handed off to the Fort Worth Division. There are a number of reasons for this, foremost practicality. For one, the author worked at the San Diego plant for several decades, for another the archives at the San Diego Air & Space Museum to which Convair donated many of its files. In fact, it was a visit to the SDASM by fellow aviation historian Dennis Jenkins that sparked the idea for this book.

As an SDASM volunteer after his retirement in 1993 Bradley is in an ideal position to recognize what’s what in the archive. That said, Convair—which is hardly alone in this—was not a fastidious custodian of its own material and what has survived presents by no means a seamless record. In fact, Bradley believes it to be “a mere fraction.” Even after consulting primary sources such as letters, memos, technical papers, drawings and customer brochures, and combining them to shed light on any one subject, even Bradley is not always in a position to develop a coherent picture and “can only surmise the circumstances and motivations for most of the projects involved.” But even fragmentary information is better than none, and only a fool (and they are out there) would complain. If anything, Bradley—who writes, “After spending 40 years in the aerospace industry, I had seriously wondered if I really wanted or needed to do all the work this book involved”—deserves praise for shouldering the task! 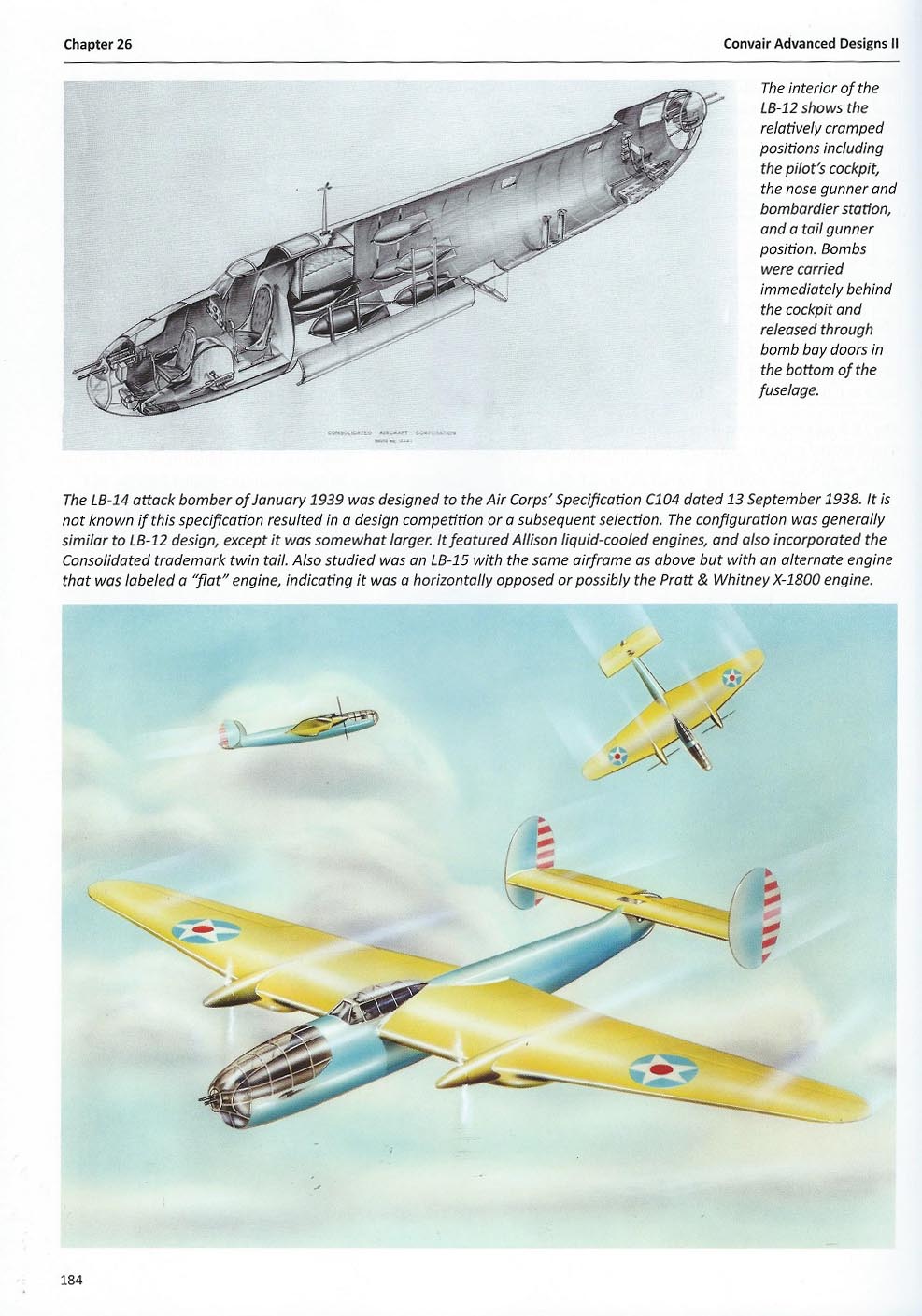 Also realize that the books strictly cover unbuilt projects developed on spec for customers or as thought exercises for internal purposes. You may well have seen aircraft that look or have designations similar to what’s shown here, but those cases are [a] few and [b] so many iterations removed from this stage as to be a different animal altogether.

It is not clear if the book that was published first foresaw that there would be a second one. It is not called “Vol. 1” and vol. 2 does not refer to the first book except for a reference in the Bibliography. Both volumes go about their business in similar manner but there are differences in terms of organization and presentation, which is probably due to the fact that each was developed by a different publisher.

To the uninitiated it may seem odd to have started with “unsexy” seaplanes and bombers but those are what made Convair’s name. They also preceded the fighters and attack aircraft that didn’t start in earnest until 1945 and are covered in vol. 2 along with a number of odds and ends. In terms of “wow” factor, the contents of vol. 1 is far more radical. Seventy-eight seaplanes (to 1962) and bombers (to 1948) are presented in separate sections, each in chronological order. Each entry is illustrated: artist’s renderings, technical drawings, exploded views, photos of models as static displays or in various phases of testing. The text describes the purpose of the project, projected specs and operational parameters, and procedural issues as far as they pertain to the eventual fate of a project. Bradley is singularly qualified to speak to the latter because his background is in Operations Analysis and Economic Analysis. Click on the hyperlinks at the bottom to see on the publishers’ websites exactly which aircraft are covered. 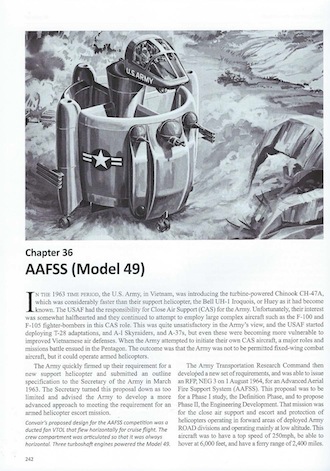 Each book opens with a brief, almost identical overview of Convair’s corporate history and each has its own Glossary and Bibliography; only vol. 2 has (or needs) an Index. Both are very thoroughly illustrated, engagingly written, and printed on substantial paper.

Model builders will find many ideas here but would have to be pretty adept at plan-making and scratch-building to go from “hey!” to “presto!” But, there’s not a dull moment here and the books are so affordable.