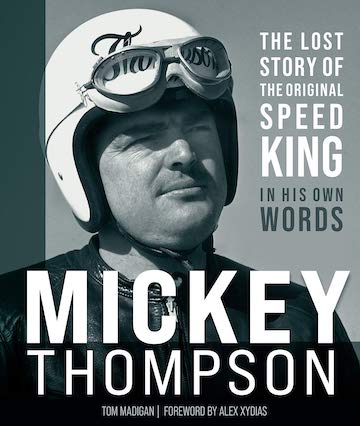 Author-to-be Tom Madigan started interviewing and writing this book in 1970. Yet it wasn’t published until 2020 by which time both his subject and the author were dead; Thompson, as many know, the victim of murder by a hired killer in March 1988 at age 59 and Madigan in March of 2019, age 80, of cancer.

Any and all who knew Mickey Thompson recognized he was a force: unendingly energetic seemingly needing little or no sleep, the epitome of the “energizer bunny” with an intellect and the abilities to conquer most, if not all, challenges he chose to undertake. By 1970, although only barely into his 40s, he had been involved in and accomplished enough to easily fill a book as Alex Xydias summarizes in his Foreword: “in addition to being curious, [Mickey] became inventive, competitive, hardworking, a dreamer, a junkyard raider, a speed seeker, an engine builder, a record setter, and a true legend.” 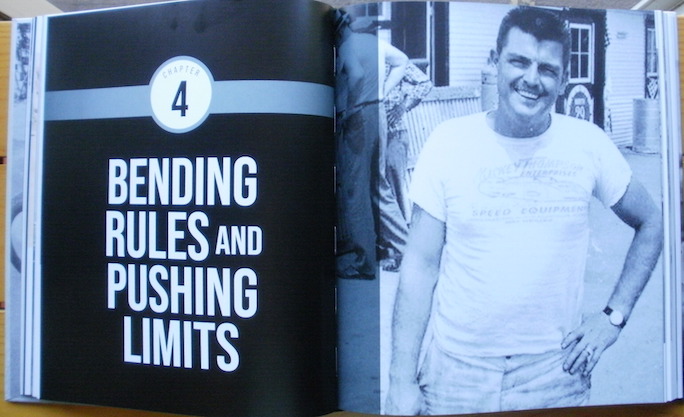 Tom Madigan wanted to be the one to write Thompson’s biography and he envisioned himself writing a “literary and dramatic masterpiece” despite, at the time, having little to no prior writing experience. Thus many of the pages, especially noticeable 126 through 135, are filled with Madigan writing in the first person about himself and his angst and frustrations. Ultimately the entire project would be abandoned although he retained the raw manuscript.

Later Madigan would go on to write and have published several quite good histories of Bill Stroppe, the Vic Edelbrock’s pater et fils, George Follmer, the Justice Brothers, and others. And none of those had a first-person orientation for by then Madigan’s writing skills had matured just as he had. 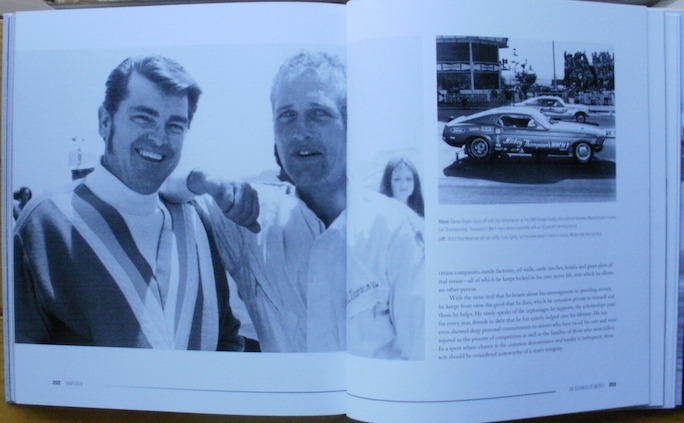 Thus Madigan’s first attempt was his last to be published, and posthumously at that. Even then it was only after Mickey Thompson’s grandson, Travis Thompson, wrote a concluding chapter to bring this history of his grandfather, and thereby incorporating some of that of his own father, Danny, forward to 2018.

That last chapter tells of Mickey Thompson’s only child, Danny, at last taking up the challenge his dad had left him with—restoring and achieving the one record that had eluded his dad at Bonneville in Mickey’s famous homebuilt Challenger 2 land speed, normally-aspirated, piston-engined, steamliner-bodied contender. Challenger 2’s remains had rested inside a trailer for nearly twenty years until the day Danny finally decided he would take on the challenge. 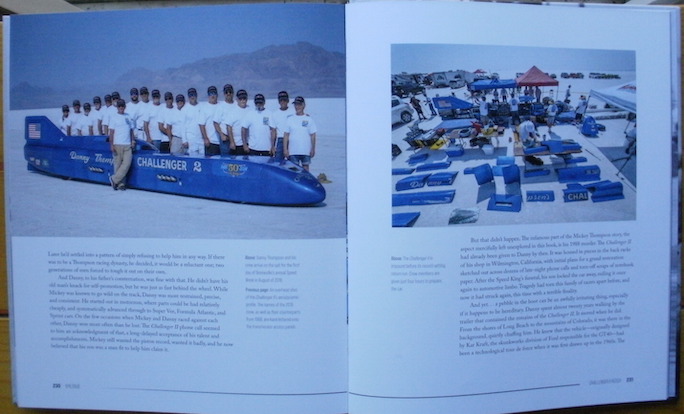 It would take Danny eight years to rebuild (and up-build) Challenger 2. But the day did come and he did achieve that elusive-to-his-dad SCTA (Southern California Timing Association) class AA//Fuel Streamliner record on the Salt Flats of Bonneville.

Not part of the book, for it was already on-press at publisher Quarto’s printer, was when Challenger 2 went to a new owner/home as it gaveled sold for a bit over a half-million dollars at Dana Mecum’s before-Covid January 2020 sale in Kissimmee, Florida. A fitting tribute to Mickey Thompson, The Original Speed King. 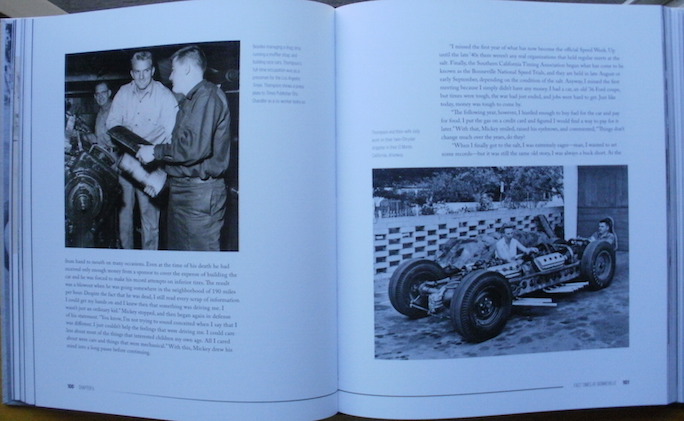 The manuscript Madigan left that became this book provides insights into Thompson that a more traditionally structured biography might not. As an example, Madigan included words with Mickey describing his intolerance of those who are bigoted or racially prejudiced. Dating from his youth working as a newspaper delivery boy in a mainly Mexican-American neighborhood where many others refused to deliver. Mickey told Madigan “…they were only people. And after they learned I posed no threat to them, they accepted me and I became their numero-uno paperboy. …Fear and intimidation cause such a sense of suspicion among races and everyone strikes out at what isn’t understood. Maybe if our leaders could deliver papers some morning they’d learn a heck of a lot about human nature.”

This generously illustrated, well-presented book is very much “of worth” for its insights into Thompson’s personal thoughts and beliefs as well as for its narrative regarding the state and growth of so many motorsports venues in which Thompson competed and achieved—from hot rodding to NHRA (National Hot Rod Association) drags to Indy to Bonneville to Carrera PanAmericana to running the BAJA with SCORE (Short Course Off-Road Events) to the speed show industry and that of the speed equipment associations, including SEMA (Specialty Equipment Manufacturers Association) and other shows—1950s to 1988.