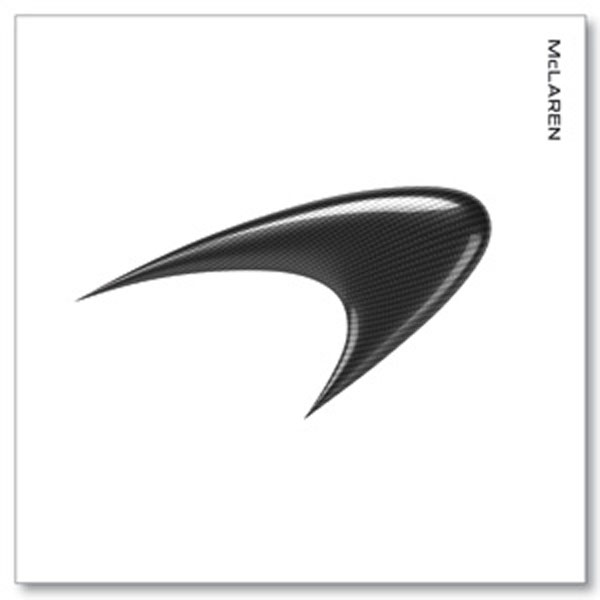 If this were an art book we would call it a catalog raisonné, meaning a monograph that is an exhaustive catalog of one artist’s entire body of work and describing the works in a way that they can be reliably identified. Check.

The “artist” in this case is McLaren, more properly these days McLaren Group, and the “artwork” the cars—each and every single model the firm made from its beginning in 1964 to 2008. This large-format book represents a two-year effort to describe all road and racing cars and even the 2002 one-off soapbox racer built for the Goodwood Challenge. The reason an in-depth book like this is possible is that McLaren opened home and hearth to author Taylor and, in fact, partnered with his publishing house in producing it. Taylor’s interest in the subject stems from his personal curiosity about the marque’s history and a chance meeting with US collector Harry Mathews, a recognized authority on the subject and whose firm Vintage Cars specializes in McLarens.

The foreword by former head of McLaren Racing and current CEO of McLaren Group, Ron Dennis, is a veritable manifesto of the McLaren ethos. It is free of the dreaded purposely vague “Ronspeak” (yes, this is an actual expression, in F1 circles) and by describing with pride and conviction the firm’s place in the world strikes the right tone for impressing upon the reader that the cars shown on the pages that follow are products of passion and competence. Considering the date of publication it is surely only coincidence that the postscript is written by the man who would succeed Dennis as team boss, Martin Whitmarsh.

A one-page Introduction lays the groundwork by explaining company founder Bruce McLaren’s background, interests, and early driving accomplishments. Taylor then presents the entire McLaren output of five decades, chronologically year by year and model by model. Each decade is introduced by the dominant driver of that period: Fittipaldi, Lauda, Prost, Hakkinen and Hamilton. With minor variations the cars are presented in a uniform manner, one page of description and detail photos (quite small) followed by another showing the car in front, rear, and profile view and at the bottom a data panel giving the full specs. These even include the color scheme and principal driver, and measurements are given in metric and US units. Many if not most of the photos on this second page were specially photographed for the book by Taylor in the studio whereas the archive and action photography is sourced from the usual places. In the first several studio photos the cars look proportionate to each other but when comparing them to later photos this turns out to be only coincidence. Each car is described in terms of its primary purpose, construction and development aspects, and—except for the road cars—highlights of its competition history. There is quite a bit of technical information but this is not an engineering book! The photo captions are very detailed which is especially useful in the case of the extreme close-ups which otherwise would be difficult to interpret.

Right from the table of contents with its unorthodox and purposeful layout you can tell that this book is making a design statement. Throughout this is evident in many small details, though not all of them universally happy choices (tired eyes will surely struggle with white type reversing out of silver backgrounds, silver type on white backgrounds, and 4 pt type in the data panels and appendices).

The first of nine appendices enumerates all the models by model year, build quantity, engine configuration, and designer. The next seven list GP results by season and then results by specific series. The last one lists photo credits—a sure sign that this book was written by someone who cares about photography and is mindful of the collaborative effort that is behind every book. Taylor says about his company: “Above all else, we must never loose sight of our objective, to produce the best books we can while still remembering to give the people what they want at the best price.” This book does exactly that.

Cynics might wonder why a book launched in June 2008 makes no mention of an August 2007 FIA decision that severely called into question the aforementioned McLaren ethos when in the wake of the “spygate” scandal the team was stripped of its 2007 F1 constructors’ points and handed an unprecedented $100 million fine. To them we say that this book is first and foremost about the cars and not the shenanigans on the management side, and that one bad apple does not mean the whole barrel is spoiled.

A limited edition of 1000 copies signed and numbered by the author and presented in a gloss slipcase with a printed metallic finish is available at $125/£69.95.

Porsche Rennsport: The Definitive Photographic Record of the Racing Sports Cars of Porsche 1949–2004 »
« Tatra, The Legacy of Hans Ledwinka