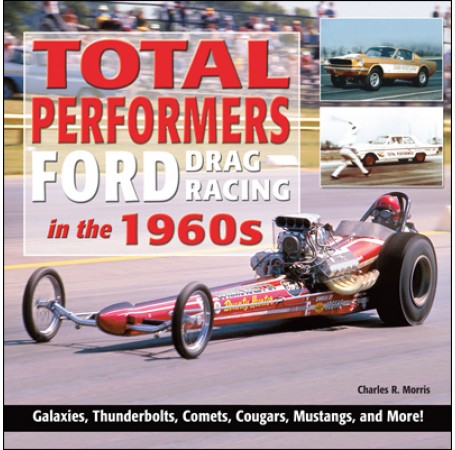 “There exists a memo dated July 11, 1960, from Economy and Performance Division Manger Dave Evans authorizing the ‘lease’ of a 360-hp Starliner for performance development. The interpretation is that Ford was delving into the racing potential of the new car and engine combination while maintaining a degree of deniability.”

While this Black Project is still not fully exhumed it is of course common knowledge that [a] once upon a time, implausible as it seems, automakers did lend factory support to drag racing and [b] that Ford was late to that party.

Author Morris was right there. Born 1950 he was on the young end of the young audience the automakers were then chasing with their wild and wooly performance machines. By 1966, 17 years old, he was fielding a car of his own—a Ford, naturally, the only choice as far he was concerned. He drove in Stock and Super Stock, even crewed in Top Alcohol Funny Car, and still today campaigns a 1963½ lightweight Galaxie in Nostalgic Super Stock. 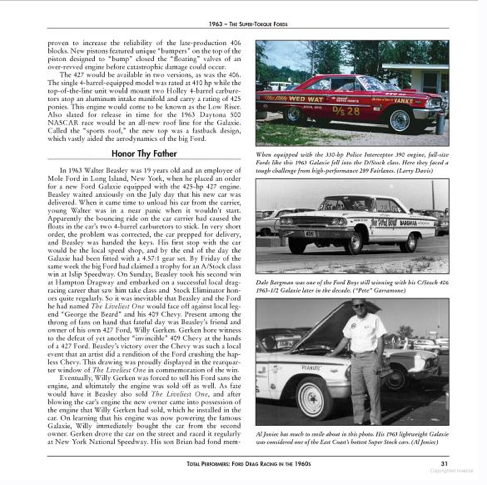 Readers old enough to have seen the aforementioned Starliner model, a sexy fastback version of the flagship Galaxie, when it was new will recall that in those days the divide between Ford or Chevy men was as insurmountable as that between Democrats and Republicans. Morris has of course reflected upon the matter of his own affiliation and concluded that it had rather a lot to do with wanting to be a contrarian, stoically suffering the “slings and arrows” of his Chevy chums at school and after harvesting the “Chevy-biased press” for the few pro-Ford news articles gleefully shredding the remainder of those unworthy magazines “tainted with articles on Chevrolets.”

At any rate, his strong convictions are the reason this book exists. By the mid 1960s Ford did good on the racetrack so Morris has quite a full story to tell. That it is peppered with jibes against Chevrolet is probably more for effect than any debilitating prejudice of his own lo these many years later. 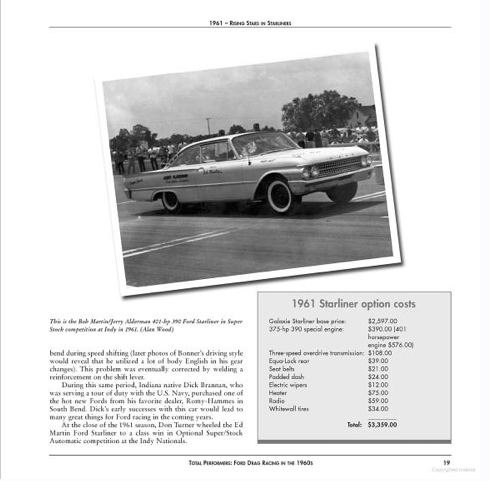 The book was the author’s inaugural effort and first published in 2005, same publisher (ISBN 978-1932494075), as a hardcover at a slightly larger size and more pages but the contents appears to be unchanged. It is not only Morris’ background as a racing driver or crewmember that informs his insights but also the fact that he has written a number of serious books on Ford racing activities and engine (Lima, 351 Cleveland, FE series V8) rebuilding. 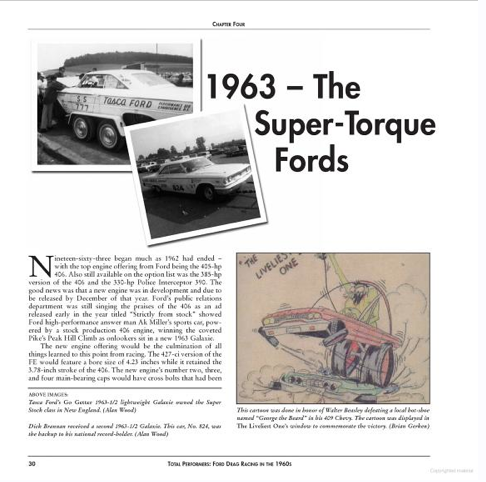 With the help of hundreds of archival photos and ephemera such as brochures and parts lists etc. the book portrays each year of that unusual decade in drag racing; a separate chapter is devoted to Ford of Canada. So heroic seem the cars, the engines, the drivers that the sudden end comes as a shock: “In the end, the lawyers, the insurance industry, and government regulations were able to accomplish what the competition could not. They defeated the Total Performers.” 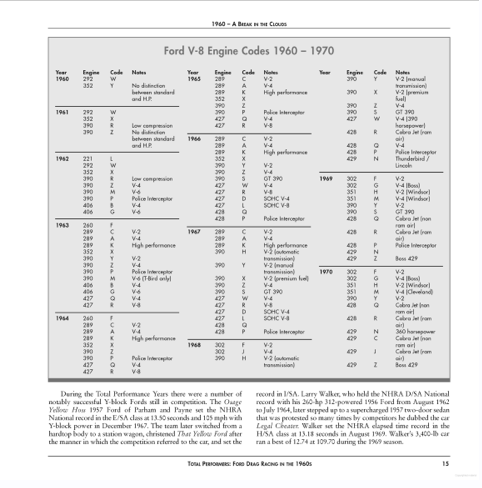 Almost all books by this publisher convey a sense of being written by enthusiasts for enthusiasts and to call it solid value for the money is an understatement.

Incidentally, this author is not the Charles Morris who wrote Tesla Motors: How Elon Musk and Company Made Electric Cars Cool, and Sparked the Next Tech Revolution.