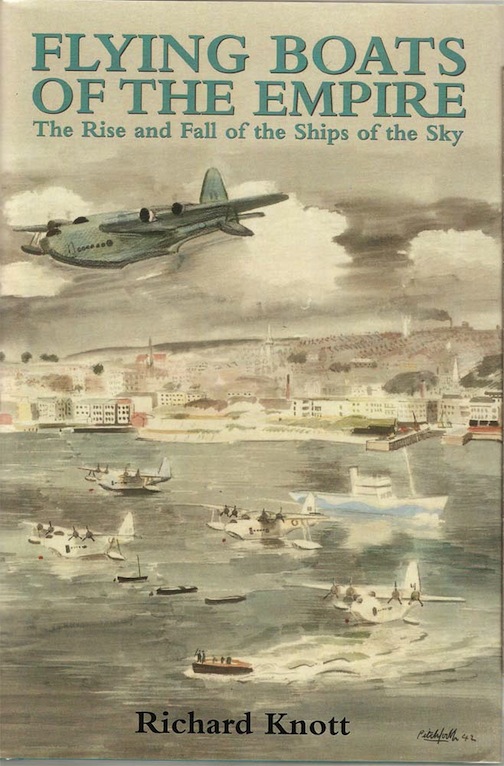 “If you saw an Empire Flying Boat fly, you are a member of an elite club that nobody else can join. None of the forty-two ‘C’ Class flying boats that Short Brothers built has survived, victims of a less nostalgic age. It is tempting to liken their stellar life to Concorde: similarly radical and romantic and just as capable of evoking sharp intakes of breath as they thundered across the sky.”

Well, the Empire (and its military version, the Sunderland) didn’t so much thunder as drone, its gas-guzzling and therefore range-limiting radials churning at a relaxed 2,200 rpm near its normal service ceiling of below 10,000 ft. But this new form of travel certainly was romantic and most definitely a game-changer—and relatively short-lived, not even a decade. Empires were of course not the only British flying boats but others are discussed here only in passing.

It doesn’t take a Shakespearean actor, which the author was, to feel the marrow in one’s bones stirred by the majestic flying boats of yore (and not just because of that drone)—but it helps in painting a picture with words. Knott does that in most of his books, but also being a teacher and management consultant means he’s able to weave strands of proper research into a tapestry of emotion and character, motive and aspiration. “In writing this book I have sought to describe what made these aircraft remarkable and memorable. But that is only part of the story, since it is the impact of Short Brothers’ flying boats on people’s lives which helps shape facts into history.” His exposition is unhurried, languid—Twitterati will get fidgety while readers who enjoy language will savor it. 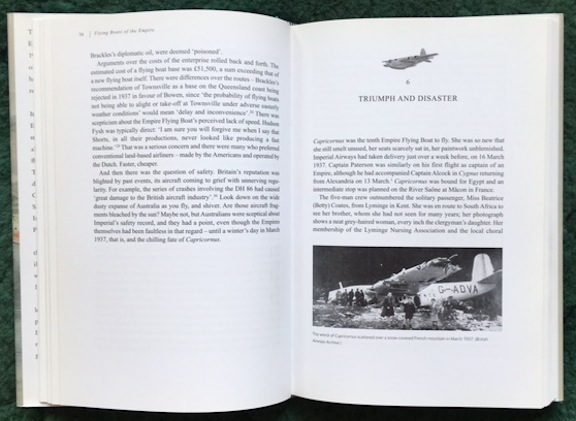 And maybe it is because of those human factors that this book dwells more on disasters and crashes than the amazing aviation achievements of the era, both technical and political/cultural, that made the word then and forever after a smaller place. In other words, to get a fuller picture you’ll want to have a few other books.

The book, in fact, begins with a crash and the accident investigation, introducing factors that would, if widely publicized in period, surely have given air travelers pause: no life boats, thin hulls, inexperienced crews, an airline hungry for profit and willing to cut corners. Whether it’s describing atmospheric conditions or passengers’ attire (relevant in regards to surviving a crash landing on water) or ship to shore radio traffic, Knott brings the reader aboard. 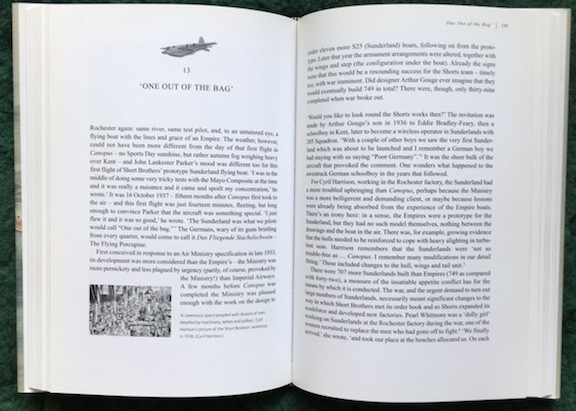 Gradually, more and more details are baked into the story: flight testing (there was no actual prototype), airline operations, crew training, the “philosophy” of transcontinental air travel. Mishaps interrupt the real-life events as much as the story as told, also on the military side which makes up a separate and somewhat shorter part of the book. A third part, shorter still, looks at worldwide postwar deployments (curiously, no mention of Sunderlands during the Berlin airlift). 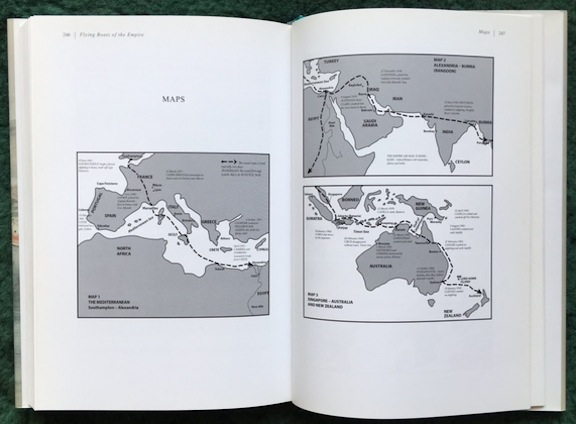 Appended are short service histories of each boat, a table of causes of prewar losses, particulars of those pilots mentioned in the text, basic specs of Empires as rigged for BOAC service, and a 1935–50 timeline. Endnotes, a Bibliography, and a decent Index complete the book. The illustrations are small and sparse; there are none of passengers or cabins so it’s left to the reader to imagine the opulence and romance the text so often extols. Several maps help get a sense of scale and trip routing.

City of Speed: Los Angeles and the Rise of American Racing »
« How to be a Good Motorist