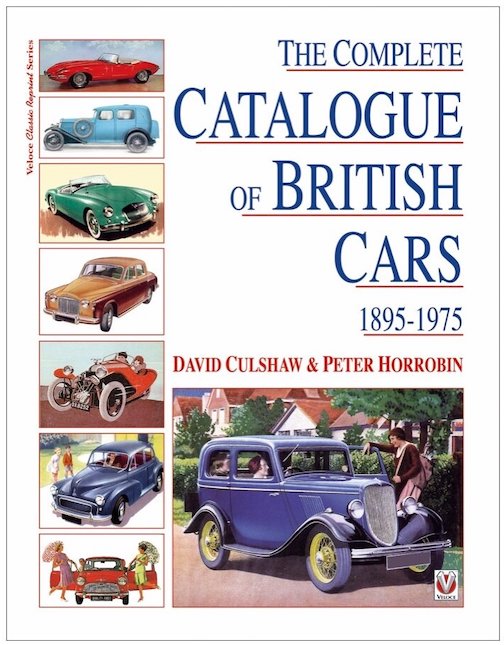 “Whilst our work can never again be as ‘complete’ in the same sense as it was in 1974, the authors hope that to have so much concentrated information between two covers available again, will be beneficial to most British car enthusiasts, whether at home or abroad.”

If all things British are what stirs your soul exclusively the famous Culshaw & Horrobin is pretty much indispensable. First published in 1974 and then unavailable for some 20 years (due to what the new publisher calls “an unfortunate series of events”), an updated and revised edition finally appeared in 1997 and has been reprinted annually for several years since. Not to give the good folks at Veloce any ideas, but this book is too cheap!! Using it will put joy in your heart and spring in your step because you know you got a deal!

In round numbers, the book catalogs some 700 manufacturers and 3700 production models in alphabetical order with text, photos, and technical specs. The book covers all veteran and vintage cars and most “British” classics that have been built and marketed commercially. In other words, it excludes race cars, commercial vehicles, one-off specials, and kit cars. 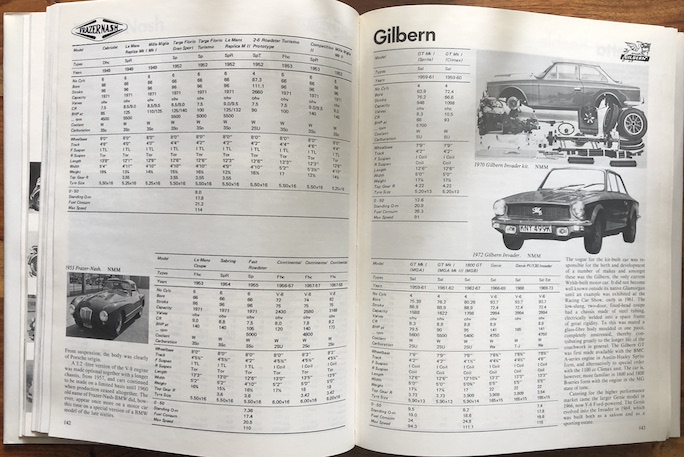 Above+below: C’mon, how many of these makes have you really heard of before?? 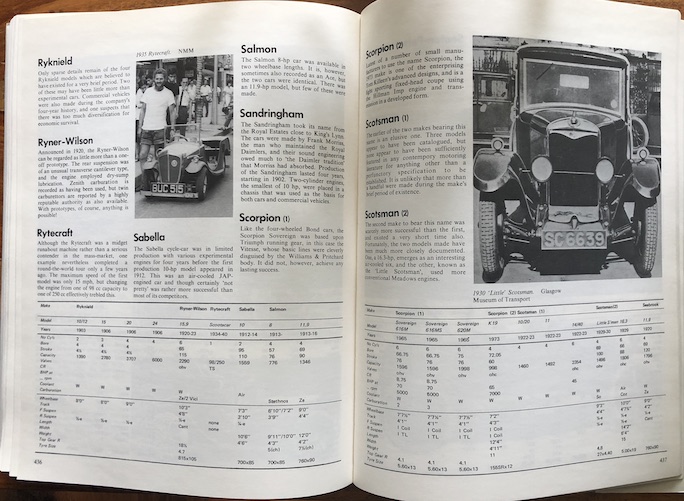 One of the appendices is devoted to three-wheelers, steam cars, and electric cars. It may not be exaggeration to say that there is no other single-volume book of equal scope. In view of the growing multinational aspect of car manufacture the authors note that since the original 1974 edition it has become increasingly difficult to define what constitutes a solely “British”car.

The authors have troubled themselves to organize the sections, tables, and elaborate appendices based on specific guiding principles and the reader will benefit from digesting the various introductory and explanatory notes in order to mine the depths of this book to the fullest.

Other Appendices contain oddities that did not fit the criteria for the main book, a guide to coachwork styles, and manufacturers’ addresses as of 1974 (obviously of limited practical use now); and there is an Index. 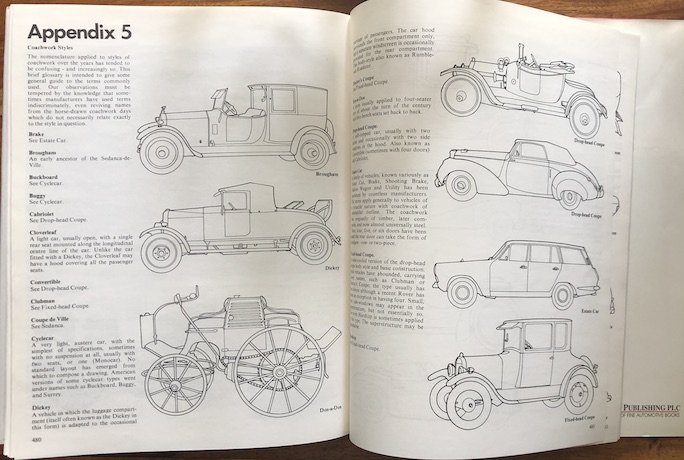 The late Lord Montagu points out in his original 1974 foreword that before the 1960s no serious research into the history of mechanized road transport had been undertaken. Partly because the topic wasn’t considered “old”enough, partly because many of the original pioneers were still alive. By the time this book came out first, he observes: “Unfortunately unique opportunities were missed, as many an early motorist or designer went to his grave without imparting his memories to posterity.”

For the contemporary reader, these are rich times. Montagu’s National Motor Museum at Beaulieu, books like this, and publishers like Veloce carry the torch and make it possible for us to enjoy the fruits of much labor. A whole new generation now gets to enjoy this important work and one hopes it will stay in circulation even if not in “print”—nowadays the book is only available in digital form (with ISBN 978-1-845845-83-4 and Veloce SKU eV4583; price varies).