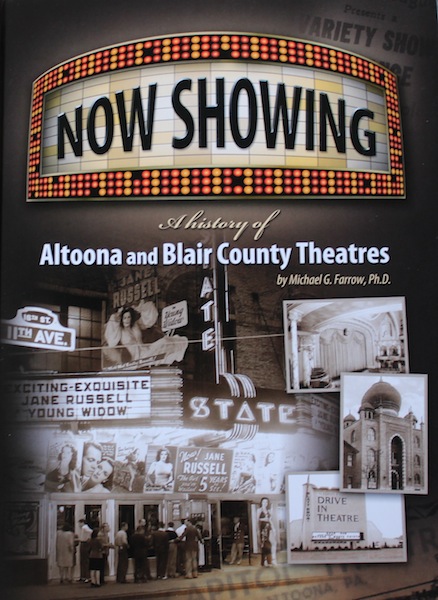 When does an interest become an obsession? Is there ever any point at which a historic record becomes so myopic as to go beyond any reasonable assemblage of minutia? In at least two senses of the word, the answer to the latter question becomes academic. The accumulation of accurate, documented facts concerning any subject whatsoever is always welcome by historians. Who is to say what is, or will become, significant to a studied understanding of any given era for any scholarly purview? Perhaps Dr. Farrow (his Doctorate is in genetics, not history), a collector of postcards and memorabilia, an active member of regional historical societies, a theater buff, would be eminently qualified to answer the first question. A look into his book, an obvious labor of love as Signature Book Printing, Inc. is a vanity press, may also help to resolve the query.

Now Showing delivers exactly what the subtitle promises. In minute detail, in lists and appendices, there is catalogued, with pertinent facts and dates, every known vaudeville hall, stage, movie theater, and related venue in the central Pennsylvania county of Blair. For a local historian, the book is a godsend; and for anyone with even a small taste for vaudeville, the legitimate stage, classic film, or the heyday of the movie palace, this book is worth perusing. Those living in Altoona or environs, as I had for several years, will want this book. It is chock full of historic photographs, early movie advertisements, portraits of long-gone entrepreneurs, and long-surviving movie stars. 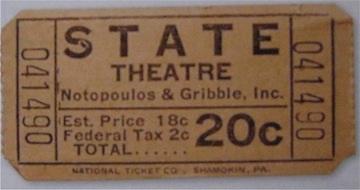 When you think of the last time you visited your local multiplex, squeezed into a shoebox-sized room with a diminutive screen and an uncomfortable chair, the illustrations of the grand theaters, with their proscenium stages, luxurious curtains, frescoed ceilings, and Greco-Roman-styled statuary may very well instill in you a sense of wistful longing. This alone justifies the price of admission. And the fact that the theater history of Blair County mirrors the history of theaters across America, Now Showing can be taken as more than just a chronicle of a specific, not necessarily well-known, geographic area. 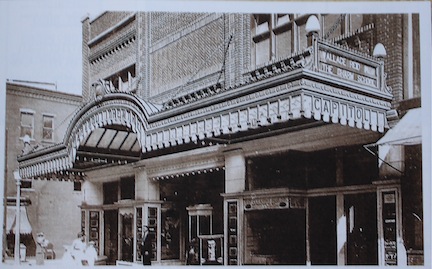 The Herculean efforts of Farrow must be acknowledged. One can easily picture him long in the basements of libraries doggedly reading reel after reel of microfiche; one can see him tirelessly, studiously, going through his collection of playbills, ticket stubs, advertisements, and postcards. One can envision his excitement when finding, in 2011, in a downtown Altoona warehouse, the remains of the stage and chandelier from the defunct Sun Theater. His resultant book will probably not be read cover to cover, noting every fact and date, assimilating each and every personage, by anyone but the diehard history or theater buff, but that hardly means the book is not worth having. Although up to date as to its year of publication, Now Showing is best approached for its fascinating glimpse into a bygone era—when time moved more slowly and movies were coming of age.