Every Model, Year by Year 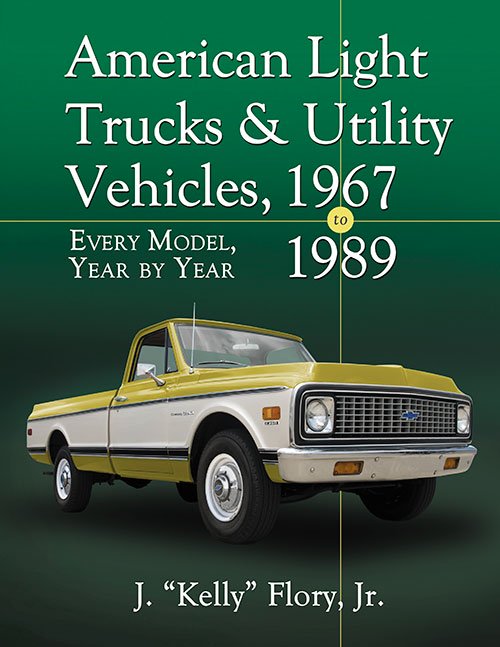 When Kelly Flory’s first book, American Cars 1960 to 1972, was published by McFarland in 2004 it earned laudatory words from Beverly Rae Kimes who, along with Henry Austin Clark, had authored The Standard Catalog of American Cars 1805–1942. Who would understand better than Kimes the effort involved in the vast assemblage of facts down to the minutest detail?

Flory’s second book American Cars, 1946 to 1959 published in 2008 with his third American Cars, 1973 to 1980 released in 2013. Now comes Flory’s fourth book and it tops the other three in all of its “vital statistics”—more pages, more photos, more everything (and still hardbound which is increasingly the exception and not the rule with McF)—in order to cover and present American Light Trucks & Utility Vehicles, 1967 to 1989; Every Model, Year by Year. 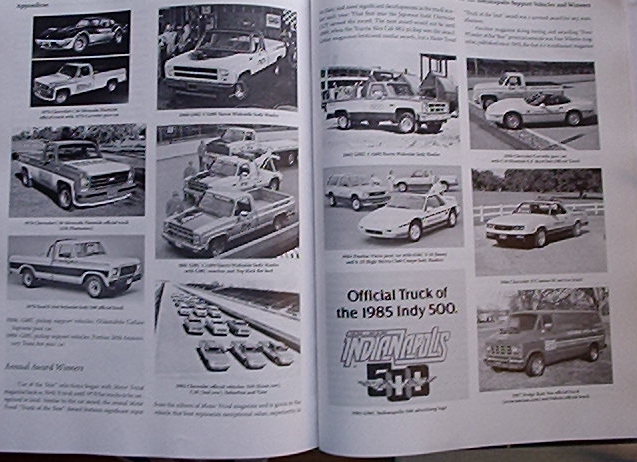 Flory has followed the format he developed with his first book and used for his subsequent titles. Each year is a chapter and opens with an overview of the market segment that is the topic (title) of the book. Where appropriate external forces (economic, environmental, legislation, etc) exerting significant influence on a particular year are included.

Then the chapter works its way through manufacturers’ offerings one by one detailing physical description, options, powertrains, interior/exterior colors, and so much more. One change publisher McFarland initiated with American Light Trucks & Utility Vehicles is the omission of the outside-edge-of-pages-tabs indicating year/chapter segments. 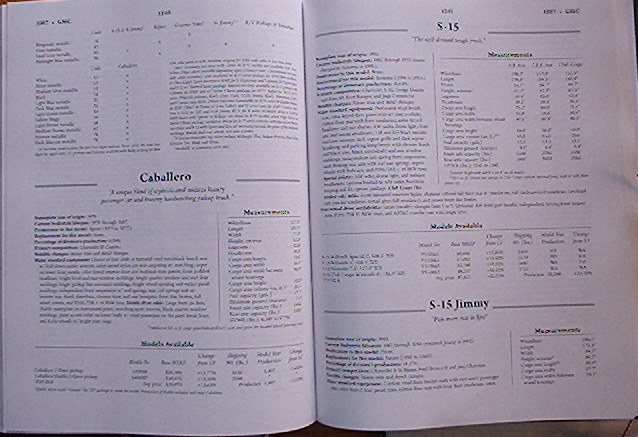 How Flory goes about acquiring, then assembling this vast amount of information started before he graduated from high school. He was born into a car hobby family from whom he says, “I learned an appreciation for all cars and trucks.” He quickly began his own collecting of models and, most importantly as far as these books are concerned, literature. Today that inventoried literature collection numbers some 6,500 pieces of factory/dealer showroom brochures, catalogs and some ads. Then there are the 3,500 postcards and well over 300 books and reference manuals such as those published by the National Automobile Dealer’s Association (NADA). All are predominately post-WW II and are organized and stored alphabetically by manufacturer, with a sub-sort by year. 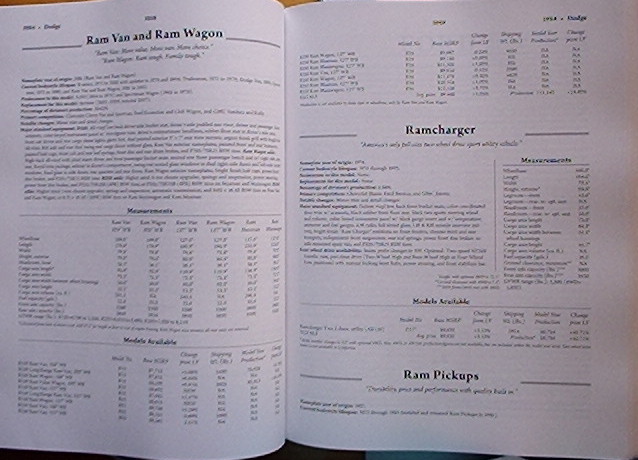 In order to complete a particular book, Flory has, from time to time, called upon the collections of fellow collectors to cross check a fact or  because one or the other has a necessary piece of literature containing information needed to complete a book such as this.

From the car and truck manufacturers’ way of looking at the world, the early ‘70s were majorly impacted by various federal mandates and, related or not, American values and transportation preferences started to point toward changes at what then was some undetermined point in the future. By the end of the decade what were now being called SUVs were claiming a greater percentage of the market. As the 1980s reached midpoint two things were notable; diesel engines were gaining favor with buyers and so were full-size trucks—but did they have to look (inside and out) like “trucks”? 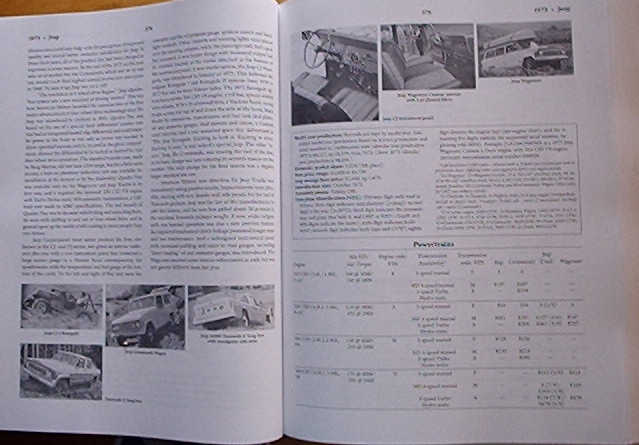 The ‘80s end and so too does American Light Trucks & Utility Vehicles, 1967 to 1989 conclude with Flory’s closing words a portend of what’s to come, “As 1989 ended the light-duty market accounted for more than 40 percent of the total light-duty and passenger car market combined.” And, of course, as we know today, its share would continue to grow.

Whether it’s to settle a bet with a buddy, check a fact (“Was that really an option on that vehicle?”) or just get lost in the cars and trucks of yesteryear, Flory’s books are unsurpassed for detail and accuracy.

Every Model, Year by Year

Dornier Do X: The Story of Claude Dornier’s Legendary Flying Boat »
« Coachwork on Rolls-Royce and Bentley 1945–1965