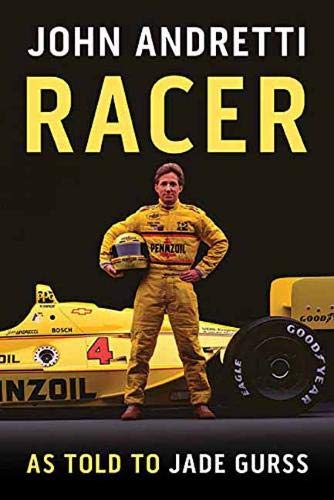 “We’d usually want to ride with Mom because you knew you would get somewhere before anyone else. I don’t think she ever recognized it. I don’t think she ever looked at the speedometer. She wanted to go fast enough to pass everyone by ten miles an hour. That was her speed. The speed limit on the interstate used to be seventy to seventy-five. My dad wouldn’t run the speed limit; he was at eighty-five or so. ‘Here comes your mom,’ he said, and she flew by us at a much higher rate of speed. When we got home, Mom said, ‘Did you guys stop somewhere? Where were ya?’ She hadn’t recognized that she passed us.

It was tempting to start the review with a different excerpt from the book, not least because it speaks to the reason we have this book at all: “I believed that he knew better than I did. And he didn’t. And here I sit. My life is going to be over with, and his will go on.”

That last sentence is shockingly stark in its unvarnished sentiment but, as the entire book will bear out, that sort of clarity is one of the things that sets John Andrew Andretti’s life apart. The “he” is a doctor, and the reason there’s a doctor is that Andretti died of originally misdiagnosed colon cancer, in January 2020, at the age of 56.

Andretti—just saying the name will elicit a flash of recognition from pretty much anyone. In this dynasty in American racing his uncle is Mario, his father Aldo (Mario’s twin), his younger brother is Adam, his cousins Michael and Jeff, his son is Jarett, grandson Marco. Professional racers all. (There’s an older brother with a hot foot, too, Mark.) Heck, his godfather is A.J. Foyt, another grand dynasty in American racing, who wrote one of the Forewords here. Another is by Richard Petty, yet another American racing dynasty. There is a reason why these folks—ultra competitive and often all-out if not literally combative—wanted to add their voices to this book: when all is said and done, often as soon as the engines are switched off, those who aren’t cutthroats and egomaniacs, are a fraternity, and at a rather less common level, family. The book is all of $35—you could spend multiples of that on life coaching or self improvement retreats and come away with less.

Andretti began work on the book when it looked increasingly inevitable that his multi-year battle with cancer would not end with a lasting cure. The book was finished posthumously thanks to award-winning motoring journalist Jade Gurss (he wrote, among others, Driver 8 co-authored with Dale Earnhardt Jr. and The Beast, about Team Penske and the 1994 Indianapolis 500) who has been Director of Corporate Communication for Andretti Autosport and Andretti Sports Marketing; he first met John A. in 2004 when both worked at Earnhardt’s team.

The title of the book may be Racer, and an appreciation of his life in Forbes referred to him as “arguably, the most diverse racecar driver to live,” but from page 1 Andretti is keen on establishing that the bigger theme, the very fabric of his life is family. Divided into 41 chapters of a few pages each, he tells the colorful story, initially mostly chronologically then topically, beginning with his parents and relevant references to his immigrant grandparents because their love for the US is a core essence of the Andretti tribe. While the book certainly circles around racing, offering lots of anecdotes and snippets, everything it covers really is in service to the greater story of how to live a life well, which values and behaviors and attitudes matter, and what a man leaves behind. The prose is clipped, as the quotes used here show, and Gurss did well leaving it that way instead of superimposing his voice. A good quarter of the book deals with Andretti’s charity work—10% of the proceeds from book sales will be donated to Riley Children’s Foundation, the fundraising arm of Riley Hospital for Children at Indiana University Health—and of course colon cancer; chapter titles such as “Barbaric” and “More Satan” say it all. 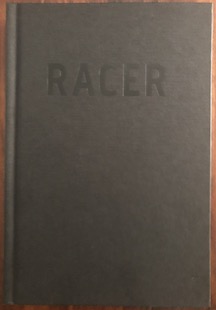 We always encourage readers to take a look below the dust jacket. The binding of this book is all black, the title on the spine and front embossed in glossy black foil, creating a much more somber mood than the chipper design of the jacket cover. The book ends on a somber note too: “I am anxious about how I close the book of my life. How do I leave my family a little better and in the right place? I’m doing the best I can, but that’s what I worry about.” Well, you’d have to be made of stone not to be positively influenced by a man who bore his cross with such courage and was loved so well!

Mickey Thompson, The Lost Story of the Original Speed King in his Own Words »
« Maestro Bill Mitchell: The xp-Concept Cars of GM Styling