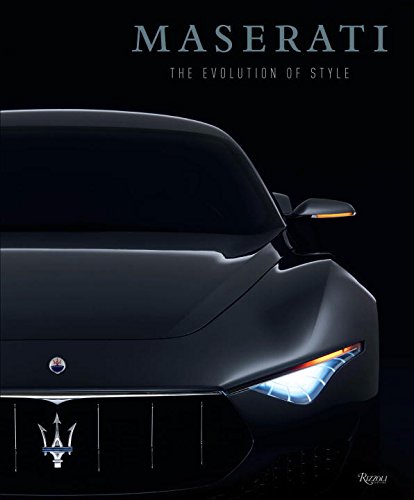 Forget the brand or that this is about a car: if you have an affinity for the storytelling power of images, you’ll like this book.

Remember the 2014 Super Bowl? Not only did Maserati run a commercial during America’s most-watched sporting event, but no one saw it coming—in more ways than one. In an age where Super Bowl ads are intentionally leaked in advance, the Wieden+Kennedy agency managed to keep the “Now We Strike” ad (estimated cost: a cool $11+ million) totally under wraps until it premiered, and then it wasn’t until the last 20 of a 90-second cinematic “film,” narrated by Oscar-winning child actress Quvenzhané Wallis (Beast of the Southern Wild) no less, that the brand or the car revealed itself. Web searches for the Ghibli spiked an astronomical 4,250% immediately.

“The world is full of giants. … We had to learn how to deal with them, how to overcome them. … We wait until they get sleepy … then we walk out of the shadows—quietly walk out of the dark—and strike.”

Meaning? Maserati may be a hundred years old but it’s going places.

This book is an homage to those 100 years, the “first” 100 years as everyone who’s quoted in the book likes to say. Unlike most such let’s-pat-ourselves-on-the-shoulder books this one is rather more thoughtful, and therefore substantive. For lack of a better word it is also a brave book in that it predigests nothing for the viewer. It has a point of view, of course, but it doesn’t try to “sell” it. It gives you visuals, on a lavish 11.5 x 14″ canvas—and then it’s up to you to dwell on them, engage, have a reaction. 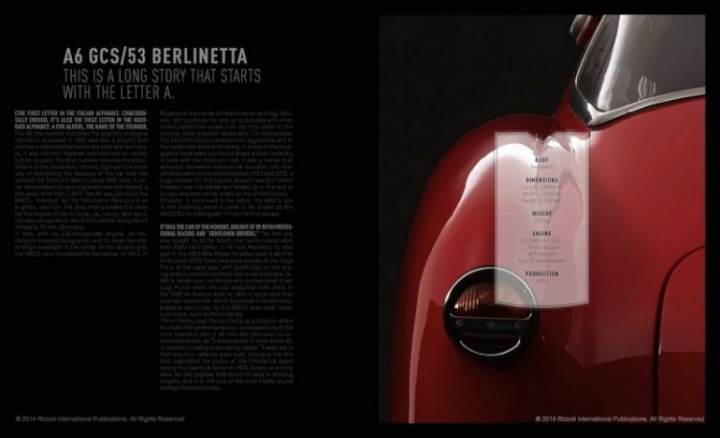 It oozes Extreme Photography, easy enough when the product is (most of the time) extraordinarily photogenic but here the sumptuous photos are in the service of a greater message: the supremacy of design. There are almost as many images of rock formations, art installations, classical sculpture, high fashion or cosmic rays here as there are of cars! And even the car photos are not only of the walk-around-the-car kind but extreme close-ups, unexpected angles, all challenging you to “see.” 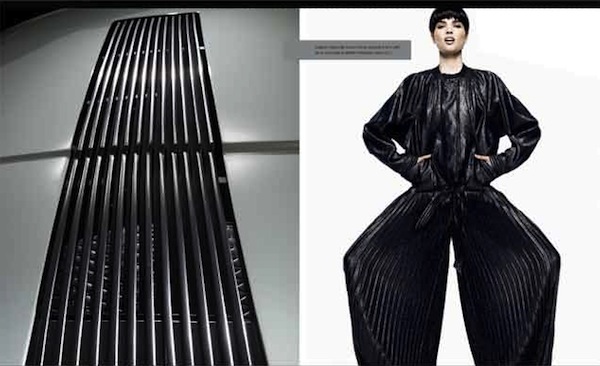 Starting matters off, an intelligent discussion with Fiat Chrysler chief Lorenzo Ramaciotti and award-winning designer/architect couple Ludovica Serafini and Roberto Palomba ruminating about design, elegance, form/function, and brand image sets just the right tone. Of course, company brass gets a turn and so president Marchionne and CEO Wester share Foreword duties and one is relieved to note they do themselves and their cause no disservice. 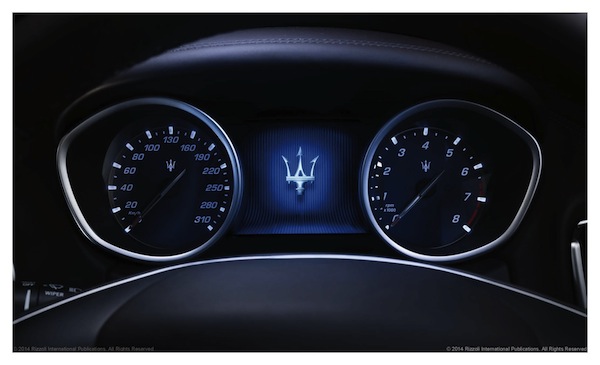 It should be clear that this book is no learned company history. It is not even a complete review of every Maserati that constituted those first 100 years. Instead, it devotes some 20 pages each to 13 significant cars, from the 1953 A6 to the newest Alfieri, the car called “the manifesto of the future of Maserati design.” 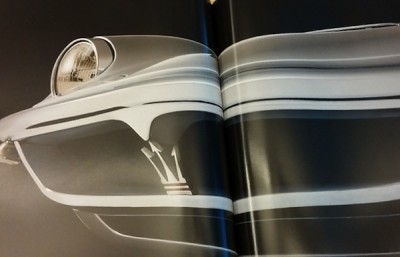 Each model is introduced with a short narrative, replete with references to popular culture and consumer goods and ending with a basic table of specs. It should come as no surprise that author Iasoni is a newspaperman, the Corriere della Sera where he tends to automotive issues. Then the photos take pride of place. Only the non-car photos are captioned, briefly, just enough to point the curious reader in the right direction. Car and non-car photos are interspersed, again, to make a point, to guide the eye, to surprise. You may well have seen photographer Carrer’s work without having known it. Even US car mags show his photos often enough and he has worked on ad campaigns for Pirelli, Audi, Subaru, and Mini. 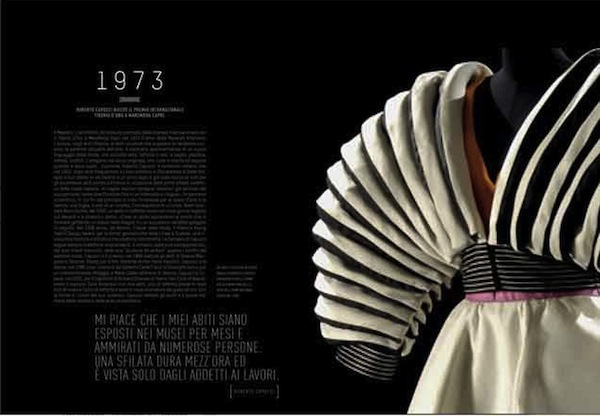 The design of the book shows such intent that it is difficult to know what to make of the fact that there are no page numbers—even though the Table of Contents and photo credits etc. refer to them!

Not a cheap book but worthy. First published in Italy as Maserati – L’evoluzione dello stile.