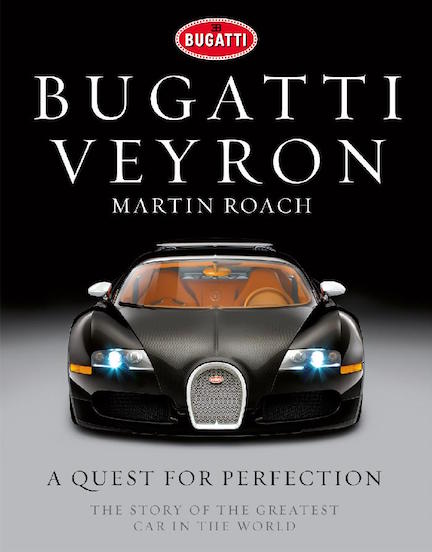 “As we gazed longingly at the Veyron—like pretty much everyone else walking down the street that day—I started to realise that on seeing the revolutionary Bugatti, I felt exactly the same way that I do when I come across a big celebrity. That sense of ‘Am I really seeing this?’, a childlike wonder that sweeps over you whenever you stumble across a famous face or high-profile person that you admire.”

No one who follows hypercars, even if only on paper, could deny that by any objective, measurable parameter, the Veyron was greater—engineering challenge, performance, cost, exclusivity—than any car before it. It wasn’t just the car of the year but the car of the decade, at least as far as the noisemakers at Top Gear were concerned. You’d think such a pinnacle achievement would have been duly celebrated, explored, even exploited in the form of glamorous books—think Concorde airliner. But when it comes to this Concorde for the road, Roach’s book pretty much all by its lonesome. And it is a good book—but it approaches its subject from a very specific, and unorthodox angle that frames the car in a way befitting its place in the automotive foodchain. That angle is celebrity, a concept often and rightly associated with vacuous superficiality and vanity. This was a conscious choice, as Roach, a bestselling author . . . and celebrity ghostwriter, explains in the book. Moreover, Bugatti gave him deep access to people up and down the callsheet at the company, from engineer to test driver to the president himself, so he could have taken the book in any number of directions and he certainly has the automotive chops for it. 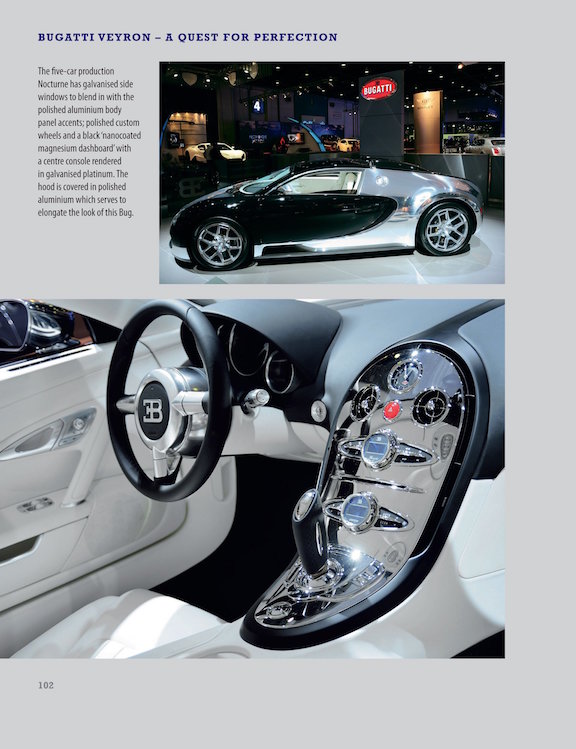 When this book was published, in 2011, the end of the run of the then six-year-old Veyron was already in sight and a 2012/13 successor on the drawing board. Roach couldn’t have known that that was not to happen until just this year, 2016, which is why we review this book only now. And speaking of presidents, Roach also couldn’t have known that right after he wrote his book the company would go through three in as many years, which explains the delays with the new car, or that the new car would not be a 4-door sedan (the Galibier) but a car very much along the lines of the Veyron (the Chiron), and so that is another reason to review this book only now.

Much of what made the Veyron different and special, such as the 8L W16 quad turbo engine, all-carbon tub, independent suspension and AWD has carried over to the Chiron, albeit in heavily updated form, so this book remains entirely relevant. The celebrity factor definitely carries over; in fact, you have to have owned a Veyron to even be shown the full-scale Chiron model. 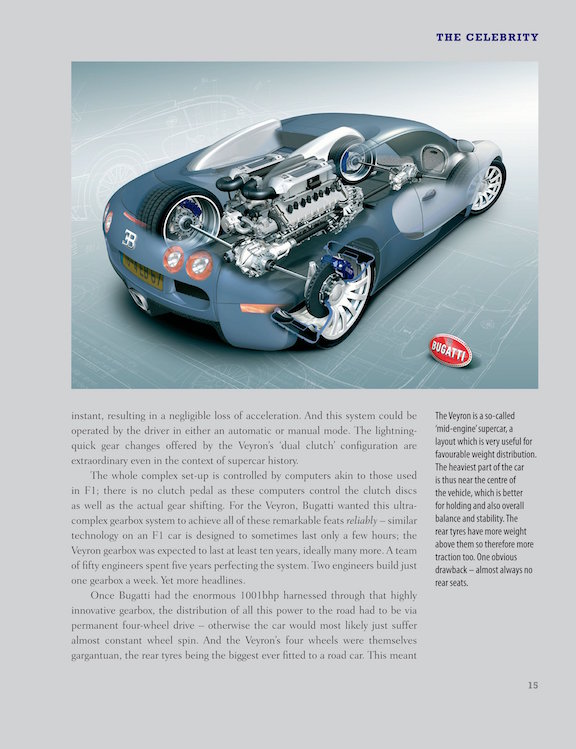 While this book does dip into the nuts and bolts minutia it is more of a big-picture view of the reasons behind creating such an audacious machine (especially for a brand that neither has the recognition nor the revenue others do)—and the reasons for owning one. It also takes a quick look at the supercar genre and what it’s like to actually live with a “celebrity” including such seemingly mundane aspects as running costs (but no word on insurance). In spurts, especially at the beginning, the book is a bit fawning but that’s really only because Roach is so thoroughly taken with the car. He did drive one himself, and, for once, the saying “you don’t want to meet your heroes” does not apply. 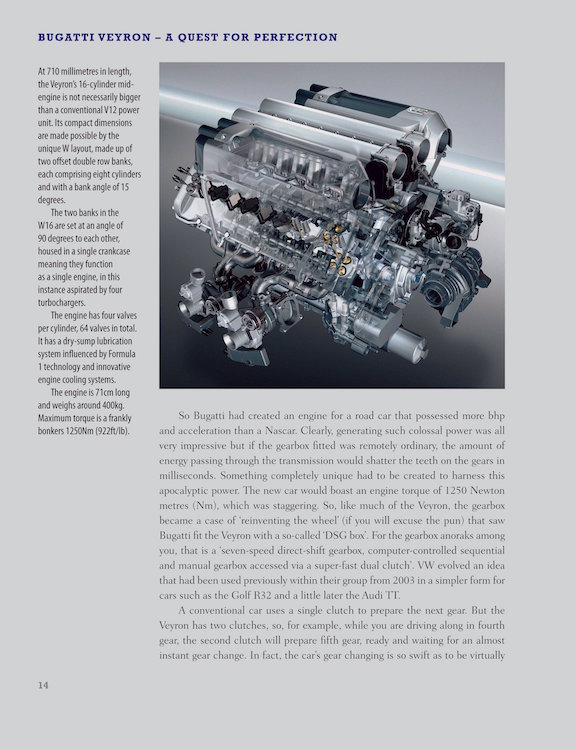 No Index but a there is a list of all the people who worked on the Veyron project.