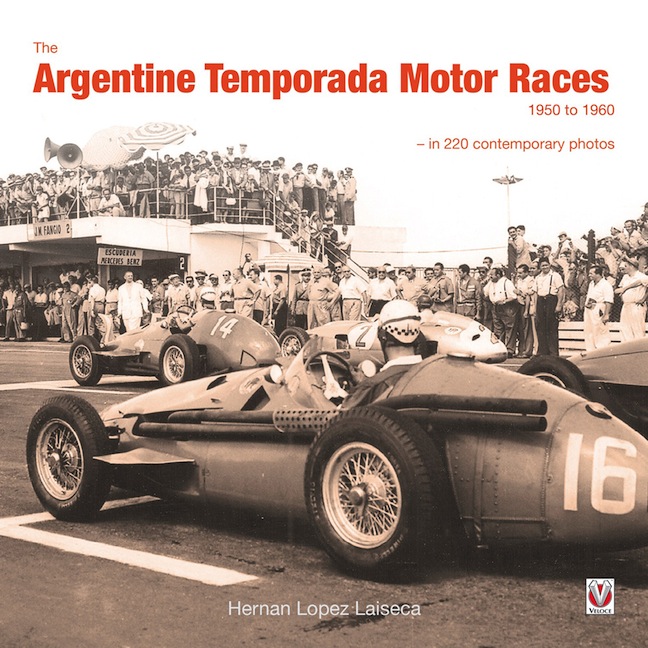 “. . . the [1958] City of Buenos Aires GP was run to Formula Libre rules, making it the only significant race in the world, at that time, where teams could enter all engine sizes and all models.

This was seriously criticized because of the very noticeable difference in the performance between some of the cars, which was thought might cause major problems.”

This amusingly written last sentence illustrates that even though the era under consideration in this book is the one that put Argentina on the international racing calendar, conditions and modalities were still sort of Wild West. Some races had only 10 cars starting, in another only one or two marques diced it out because no one else could figure out the regs or make travel arrangements on short notice.

This is now the fourth book by this author on racing in Argentina, the most recent (2001) being Argentine Grand Prix Races 1971–1981 (ISBN 9781583882955). All of them are photo albums more than anything else, with some summary text and photo captions that, while specific, are often so brief that only someone familiar with the subject matter can figure out who is who and doing what. That, however, is no reason not to embrace this book because [a] 150 of the ca. 220 photos have not been published before and [b] all the photos whether new or old show historically important people and machinery. 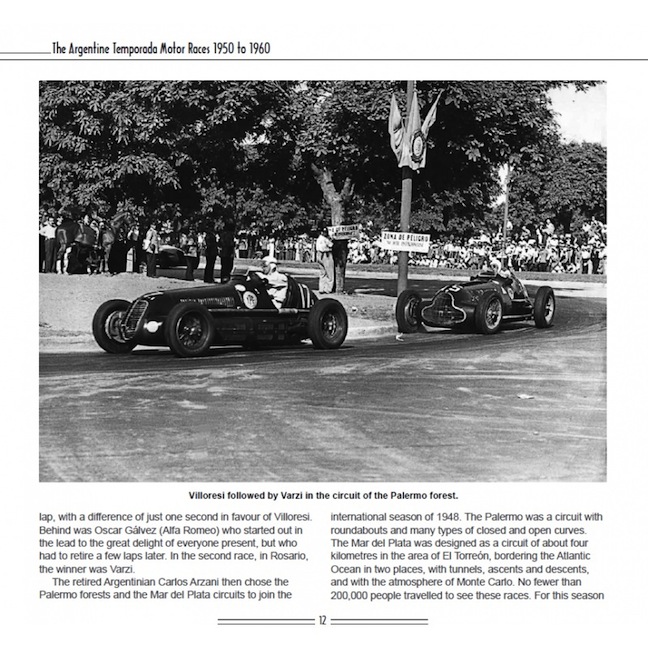 While many readers will recognize most of the storied drivers and storied cars, the venues will probably not be familiar. In that regard it is noteworthy that the photos here include pit and paddock scenes and also depict circuits that were about to be phased out. The enormous crowds are notable too and the really curious reader would be well advised to read up elsewhere on the social and political climate of a country in which in the 1950s only 1 in 55 people had a car (1 in 4 in the US). That it produced so many world-class drivers and that the sport was so popular for so long is remarkable. Says Lopez Laiseca about the period 1935–41: “There were so many requests to organize such races that there was insufficient time to prepare a calendar of events without clashing dates.” 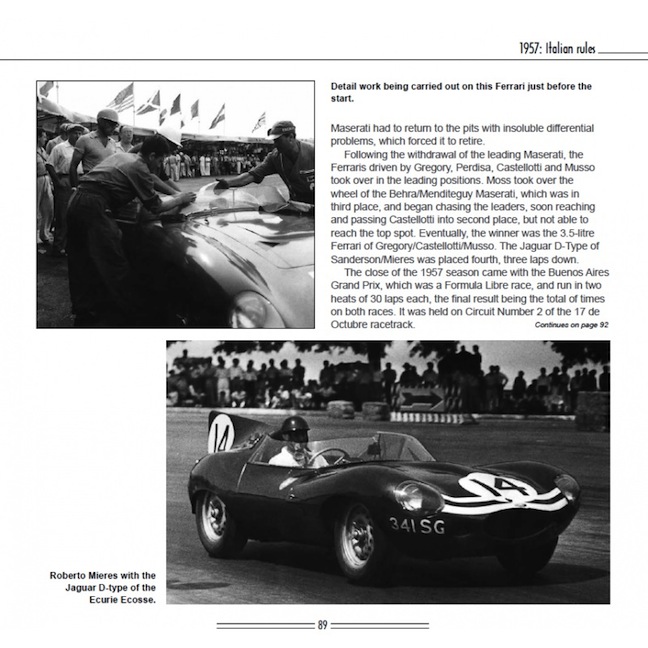 Appended are 1949–1960 results of major races in tabular form. There is even an Index which is not at all a given for this type of book, and it allows us to point out that the entry <Allessandro de Tomaso> is simply a different spelling for <Allejandro>, none other than the founder of De Tomaso Automobili and the subject of a fine recent book. 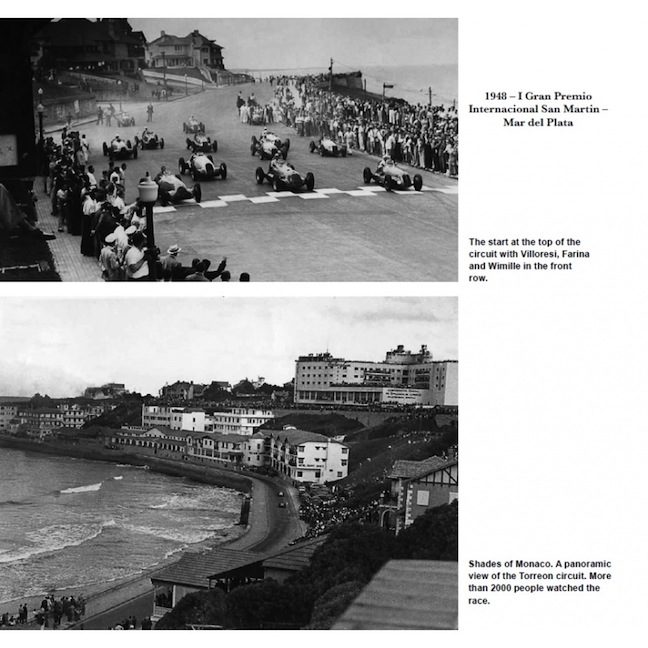 The author dipped into his own photo archive and those of many others. There is a quite considerable—and growing—body of literature on South American racing (paralleling the rise in interest in regional North American racing) and this nice book is a useful and welcome addition.

The book’s design deserves praise in regards to layout and typography because it shows ho much can be accomplished with just a few intelligent choices.