A Chronology of Aviation

The Ultimate Guide To A Century Of Powered Flight 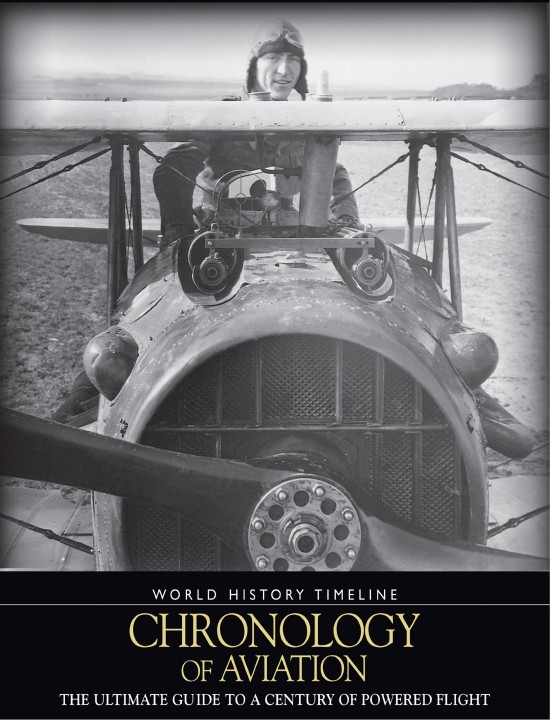 If one did judge a book by its cover, this one would have a problem—it exists with two cover versions, both with subtitles that aim unrealistically high. The one shown here says “The Ultimate Guide” which seems slightly more achievable than the other version, “A Day-By-Day History.”

A 160-page book can really not be either. It is a good but basic introductory text, especially at this price point. It is not, or not only, a timeline—wherein lies another source of confusion: the CIP data says “edition first published 2013” 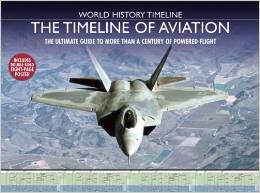 but lists a 2007 copyright. But there is no book of that title from that year. Instead there is something called The Timeline of Aviation (ISBN 978-1592237203), quite different from this one, and longer for one thing.

It is, then, not at all clear what this new version seeks to accomplish that the other one hadn’t already. There are piles and piles of timelines and chronologies and overviews—and few of them are really good in didactic terms. For the casual reader who just likes to randomly poke around and nibble at interesting tidbits, they all work more or less fine. But if you actually need to follow a trail and look up something specific, their organizational shortcomings lead to dead ends. Consider a high-level example: even the most casual bystander has heard of the Concorde. Try finding it in this book! It’s there, buried in one single sentence, and it’s not even referenced in the Index.

Still, this book has something that commends it. It is both a narrative of the history of aviation/aerospace, in five primary parts, and each page has—a timeline. Each of these elements by itself is just fine but by sharing the page a reader would naturally assume that one is in lockstep with the other. This synchronicity exists only in early days but becomes increasingly difficult to maintain as the narrative becomes fuller because more and more happens. As the text develops, the narrative and the accompanying timeline move farther and farther apart. In fact, after chapter 5 (“From Biplanes to Jets”) the narrative itself ceases altogether to be chronological but becomes topical (record attempts, Cold War, fighter jets, etc.).

Winchester has written a number of aviation books and articles and he certainly has a grasp of the subject. The writing is fluid and entertaining and the illustrations plentiful and well chosen. Some of the vintage machinery is shown in color photos of restored aircraft. Helicopters and spacecraft are not considered at all. While the timeline proper starts in the 1800s the introductory text begins earlier, with Chinese kite riders and British tower jumpers of the first century AD, then fast-forwards to da Vinci and then the French balloonists. There is lots to engage the mind and create interest in the subject. The Index, short as it may be, is a crucial key to unlocking the contents in a more organized manner but has its limits in that the level of detail is totally uneven. Some aircraft are listed by type number, others, even by the same maker, not at all.

So, again, the book is a good overview, no more nor less, and with only superficial inaccuracies. Nothing in it will mislead—but for twice the money you could get ten times the book. Comparing it side by side with similar books leads to the realization that no two authors make the same selection or offer a comparable level of magnification or contextual detail.

A Chronology of Aviation

A Day-By-Day History Of A Century Of Powered Flight