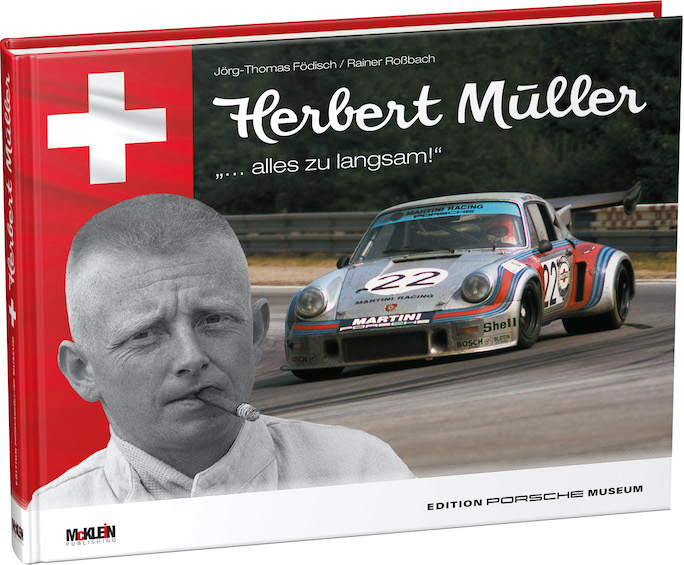 Timing is everything, in racing and in life. Müller had already declared the one single race he would enter in 1981 to be his last. And it was. But he left it feet first. Killed in a horrendous fiery crash that will make you shudder if you watch the video.

Pick up any racing annual between 1960 and 1981 and Müller is in it. Every year. Over 270 starts on three continents in more than 80 different cars in different series. 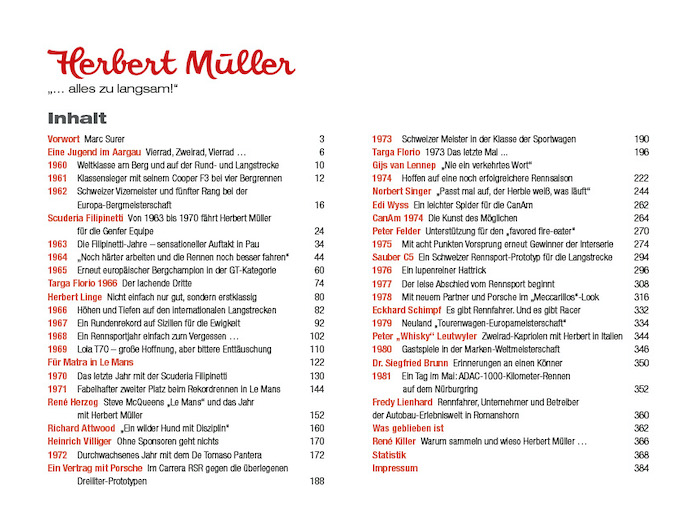 This biography came out in the 40th anniversary year of his death at only 41. It is an exceptionally fine biography. It is a story that packs a punch—not just because of how it ends nor Müller’s other spectacular accidents but because he was such a well-rounded/grounded, multi-faceted man whose values, career(s), and life were about so much more than racing.

It is a story so richly told that it’ll make you wish you could read German. The photos on their own are splendid—as is always the case in a McKlein book—and plentiful but the words and their tone really do elevate this book. One of the last chapters, the one that caps off the racing coverage, titled simply “1981” has a blow-by-blow timeline beginning the night before the race that would be Müller’s last. Remember the music in the movie Jaws? You can taste the mounting horror before you see it.

He grew a full beard to hide the scars from the 1972 crash—also at the Nürburgring—where he “burned like a torch” and was trapped for 13 secs in the cockpit.

Orchestrated by veteran authors Födisch and Roßbach the biography brings together their own highly competent commentary and other voices such as Müller’s son David who is a racer at the amateur level when he doesn’t attend to his inn/hotel, various contemporaries, and notes from the autobiography Müller himself had once intended to write.

The sidebar on the left by journalist Helena Zaugg Wildi with whom Müller was going to write his autobiography describes in exacting detail the correct procedure for lighting a cigar.

You’ll need to see the photo on the right at full size, and even then you need to know what to look for: Müller is chewing on the ever-present cigar stump. It was so ubiquitous that it gave him his nickname, Stumpy. Of course, it could just as well have been Freckles, or Ginger.

The book begins with Müller’s birth in 1940 in Switzerland. One the one hand, a terrible time to be born, on the other hand—it’s Switzerland, with its utterly unique place in WWII history. Don’t skip this section because all the early stirrings will be examined once again at the end of the book in Daniel Müller’s musings about his father’s motivation for becoming a race driver and, almost more importantly, sticking with this high-risk job/vocation/passion/need while at the same time running two family businesses and an auto dealership. There are no simplistic answers to that but neither is Daniel, who so clearly reveres his father, asking simplistic questions.

The story advances chronologically, interspersed with special features on various topics and personal recollections by people who interacted with Müller in various contexts. Since he liked cigars so well it is interesting that one of these is by cigar maker Heinrich Villiger on the role of sponsorship.

These scale models are some of the car Müller raced and customized accordingly.

A series of tables list all of Müller’s race data. The excellent Foreword is by Swiss racing driver Marc Surer; the book is produced in conjunction with the Porsche Museum because Müller raced so many of their cars.

The Racers: The Personal Scrapbook of Al Satterwhite »
« Faster, Higher, Farther: The Inside Story of the Volkswagen Scandal