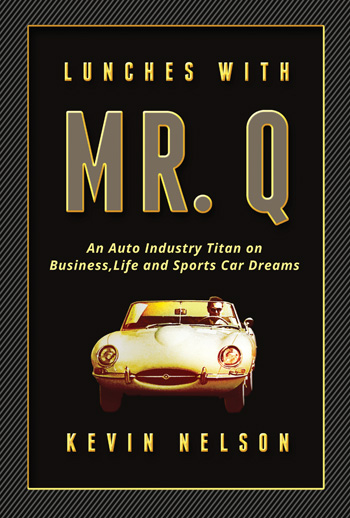 “Mr. Q” is Kjell Qvale. This Norwegian name sounds plenty Italian if properly pronounced, Ka~va~lee, and if you paid attention to automotive news 10, 15 years ago you couldn’t have missed his name if you tried—in connection with a storied Italian marque. That was De Tomaso (think Pantera, Mangusta et al) and in 1997 Kjell’s sons set up Qvale Modena SpA right in the backyard of Ferrari / Maserati / Lamborghini with the intention of putting into production a mid-engine V8 boutique car with sporting ambitions. The Qvale Mangusta was not to see success—launched in 2000, less than 300 were built before the rights were sold to the MG Rover group that reengineered it as the XPower SV and managed to sell another 80-odd cars before letting the project die—but the boldness of the idea alone illustrates Kjell Qvale’s way of thinking big. Never mind that he was in his eighties then, an age at which most of us have trouble tying our shoelaces. 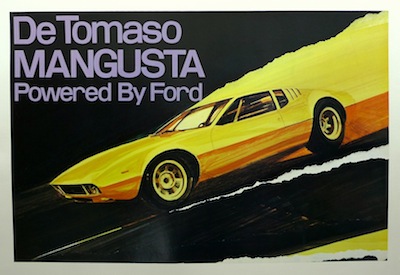 At the time this was book was written, 2012, Qvale was 92—and still firing on all cylinders. About time that someone wrote a book recording this remarkable and so very American story of arriving on these shores with all of three words of English (“yes,” “no,” stick ‘em up,” all learned from movies and just the vocabulary a car salesman needs) and becoming a pioneering entrepreneur and multimillionaire! If you bought a European car in the US after WWII it may well have come through his ever-growing empire, starting in 1948 with MG TCs and over time encompassing the whole spectrum of exotics and luxury marques, even a stab at auto manufacturing in the form of a large stake in Jensen Motors. Three to four million cars are thought to have passed through his organization which is still in business.

That author Kevin Nelson came to this subject at all is coincidence. An earlier book of his had caught the eye of Martin Swig, widely known for having founded in 1991 the California Mille vintage sports car rally. More relevant, he owned one of the first major multiple-franchise car dealerships in the US and knew Qvale as a colleague and competitor and thus introduced Nelson to him. That book, incidentally, was Wheels of Change: From Zero to 600 M.P.H. which deals with California’s ties to the automobile industry—no wonder Swig thought Nelson and Qvale should meet. This resulted in a series of lunches over the course of a year and, see title, a book.

The two men also went on outings together, such as horse racing, the Pebble Beach Concours (Qvale was a cofounder of the races), and the San Francisco International Auto Show (which he also cofounded and where a special exhibit “Celebrating the Cars of Kjell Qvale” was shown the month this book was launched).

While Nelson initially approached the subject from the import car business angle, the lunch conversations—as good conversations do—meandered this way and that and the flavor of the book changed. The subtitle really says it succinctly.

Nelson’s writing style is fluid, brisk, engaging, and clearly—and why should it not—sympathetic. He has written nineteen other books, some that won awards, on topics as diverse as baseball and parenting, and says that Qvale’s outlook on life—optimism and fearlessness—has rubbed off on him. Readers will count themselves fortunate if it does on them too. These days in particular . . .

From its carbon fiber-style dust jacket to the colorful almost splashy interior, the book is beautifully designed. It is also impeccably typeset, proofread, and printed—and still comes at an absurdly low price, a rare combination any day, but these days in particular.

How Your Car Works »
« How To Restore Your Collector Car