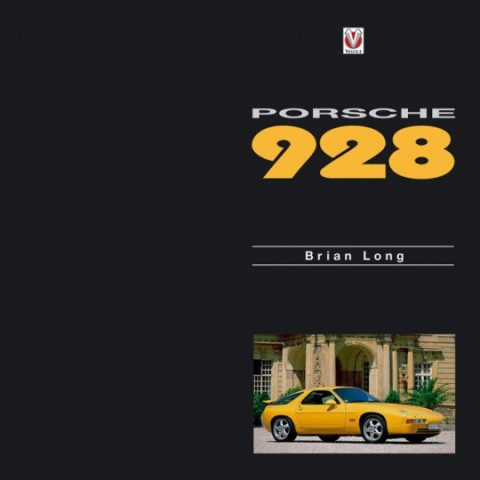 As far as the Porsche faithful were concerned, the sky was falling indeed when news of the 928 started breaking, two years prior to its launch. Today’s reader who has learned to add names like Cayman, Panamera (conceptually, very much a successor to the 928), and Macan to his Porsche lexicon can simply not imagine the “woe is me” hand wringing at that time.

Well, the 911 wasn’t allowed to retire and the 928 had to find its own place on the food chain—and therein lies the story of a complicated, expensive car launched during a time of unprecedented personnel and policy changes at Porsche (and VW) and two global energy crises. If you have only a passing acquaintance with the Porsche model range

you need to divorce the seemingly similar 924 from the 928 because the 924 was initially not intended to be a Porsche but a VW and the two models have as many differences as similarities.

One reason to start paying attention to the heretofore underappreciated 928 now is that prices are moving up because, as Long rightly observes, “people are starting to judge it in a different light.” You see it every day: cars that a few years ago were dirt cheap are becoming expensive. If only one had known . . . Well, if you have a good 928, chances are your time is coming! $60K for the rarer GT version is already no longer a dream and while that’ll look like a bargain pretty soon, the reality is that your car will have cost you a pretty penny in the meantime to keep in good shape. Notoriously expensive parts and service have always overshadowed the good road manners and sleek styling of this Porsche.

So, whether you have one or want one, this book will tell you what you need to know. If you’re familiar with any of Long’s other books, as you should, you’ll know that his research and his writing style make for reliable books you’ll want to pick up again and again. Moreover, Long, who resides in Japan, has a deep collection of Japanese advertising material and all his books draw from that well. (Here, he doesn’t only show Japanese Porsche ads but ads for, say, pantyhose that use the 928 for the halo effect.) Things like this don’t merely add color but give a flavor for the times in general and marketing strategies in particular. The latter is further advanced by discussing the car in the global context of all its worldwide markets. Long also enjoys a fruitful relationship with the company and is thus able to utilize factory material not previously, or not often, shown.

As a mechanical engineer by training, Long deftly weaves technical bits into the overall story of car design, development, and ongoing modifications. He begins with a synopsis of the Porsche family’s automotive activities from Silver Arrows to People’s Car to 356. Discussing the 911, 914, and 924 and the firm’s relationship with VW are essential for understanding the genesis of the 928 and the circumstances that both advanced and hindered its impact. The many excerpts from road tests, for instance, serve to remind us that the 928 was uniformly lauded by the automotive press and held up as a benchmark that would influence Grand Tourer philosophy for a decade to come.

From upholstery patterns to the effect of brake caliper shape on weight distribution there’s everything a curious person would want to know. Cars are discussed year by year, including the racing program and a few non-standard cars such as one-offs or aftermarket conversions (also the factory 4-door and estate wagon). The many illustrations are well captioned and follow the text pretty well. The captions, in fact, sometimes point to such specific detail that one wonders if the author didn’t have a much larger version of the photo to look at. The layout isn’t going to win any awards and the data sets in the Appendices don’t exactly make it easy to compare one thing to another. But, everything is there, you just have to work for it. The 2-page Index (people, companies, events) looks short but turns out to be plenty good.

Obviously, Porsche folk ought to have this book but so should anyone who is interested in this type of car, the luxury sporting Grand Tourer.