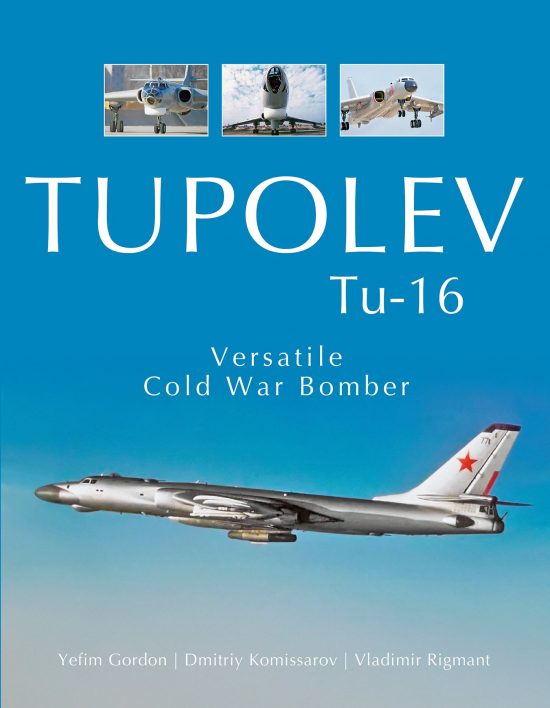 “The need to counter the West’s enormous naval superiority, both in size and expertise, demanded the development of aircraft in a new class able to operate effectively against the surface ships of a potential enemy over the expanse of the world’s oceans. This is the reason why the USSR, and later the Russian Federation, has constantly produced and developed this particular type of aircraft—a long-range bomber equipped with air-to-air surface missiles—while its potential adversaries in the West have not.”

It is so easy for the hasty reader to underestimate, or rather under-appreciate the vastness of detail Yefim Gordon et al manage to pack into such deceptively straightforward prose as those few sentences above. Reams of strategic-studies books could be spun off from that one quote—or even just that bit about “naval expertise” alone. 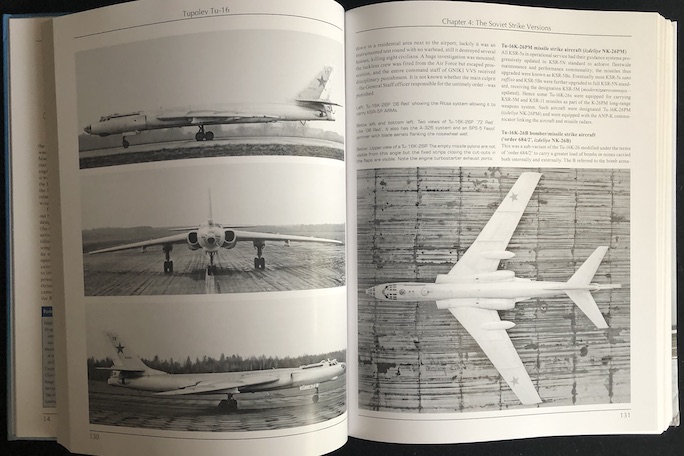 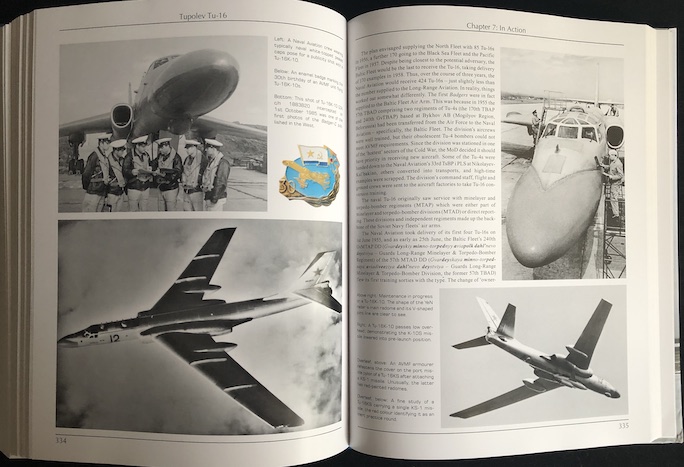 As so many of the books of recent years by this author and his various co-authors, this one is a vastly expanded version of earlier Aerofax/Midland Publishing titles, in this case 2004’s Tupolev Tu-16 Badger (ISBN 978-1857801774) that came to all of 160 pages. It’s still easily found but will run you half the price of this new, ginormous book, so why bother? 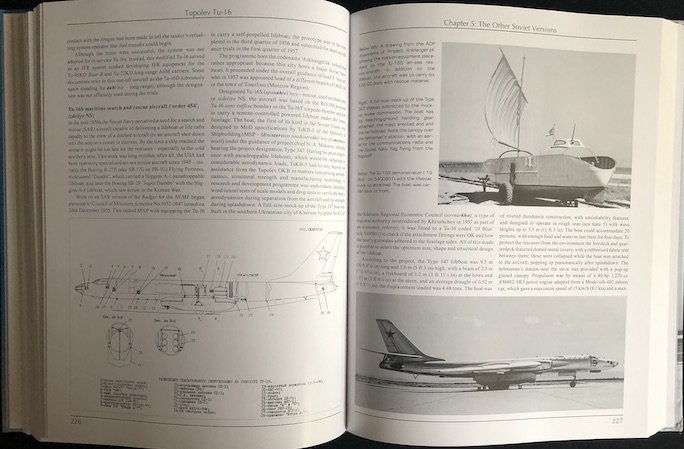 The book works on all levels, from big picture world affairs to broad aviation history to in-depth model minutia. There are more than twice as many illustrations as there are pages so even if you never read a word (off with your head . . .) this book would keep you busy. 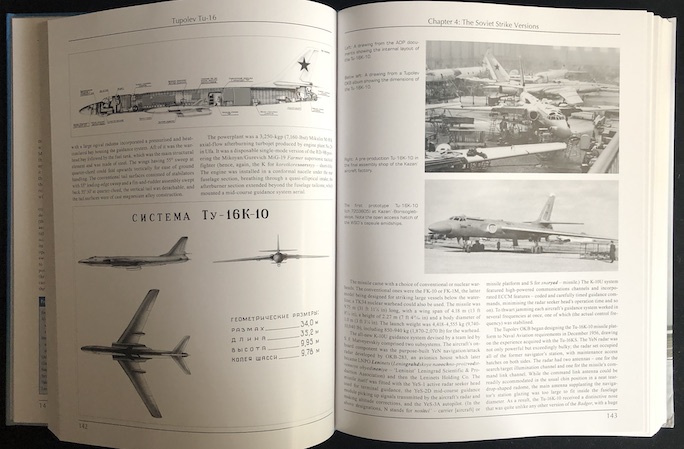 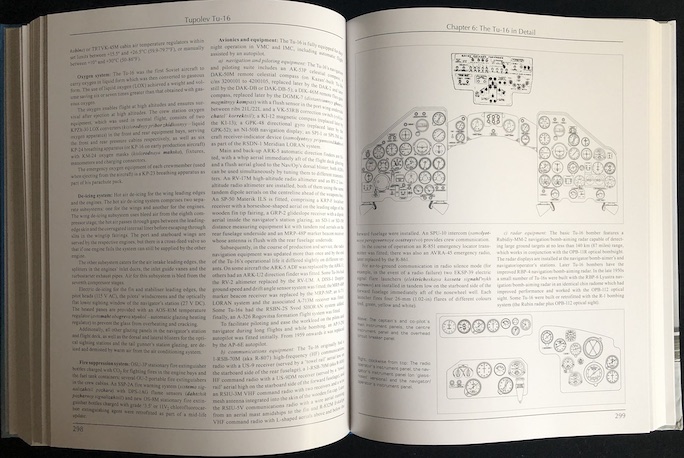 If you’ve never seen/felt/heard a Badger thundering towards you, well, you’ve missed an unusual experience. (You could go to China, though, which began importing them in 1958 and then acquired a license to build them as the Xian H-6 of which about 120 are still in service. They are given a whole chapter in this book.) Even the civilian version, the Tu-104/Camel, is only found in museums these days and, being quite different from the Badger is not included here but quasi-non military variants of the Tu-16 such as the Tsiklon weather researchers/rainmakers are. 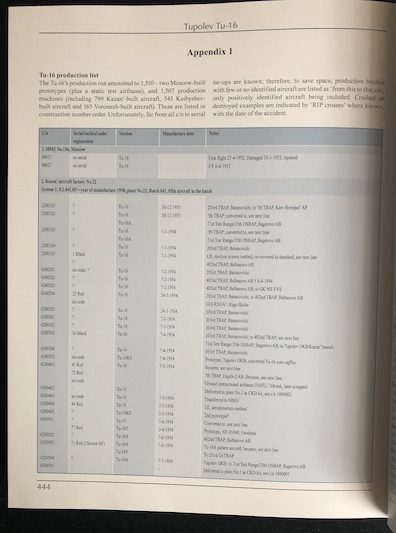 Modelers will wear out Ch. 6 with all its tech drawings and detail close-ups first, and there are color profiles and 3-views throughout. Many of the photos are previously unpublished and from the Tupolev and Kazan Aircraft Factory archives (one of the authors, Rigmant, worked at the Tupolev design bureau since 1986 and is the director of the Tupolev Joint-Stock Co. museum). The Badger came in four dozens of variants (there’s a reason the subtitle includes the word “versatile”) and they’re all shown/described here. The armchair pilot will learn everything from calculating landing weight to how to drop a sonobuoy—to how to sink a downed aircraft on an ice field to keep it from falling into NATO hands. There’s no Index, though, so by the time you’re done leaving notes and post-its the book will be twice as thick as it already is! Appended are production numbers and notes on accidents (a quite staggering 8% of aircraft were lost). 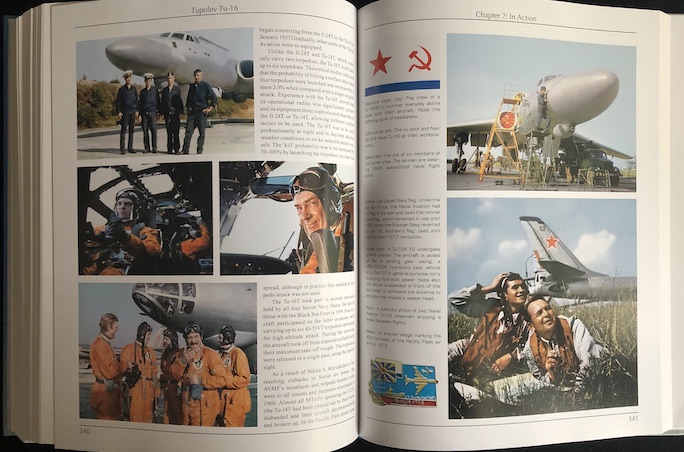 The First World War: Unseen Glass Plate Photographs of the Western Front »
« The Ford that Beat Ferrari: A Racing History of the GT40