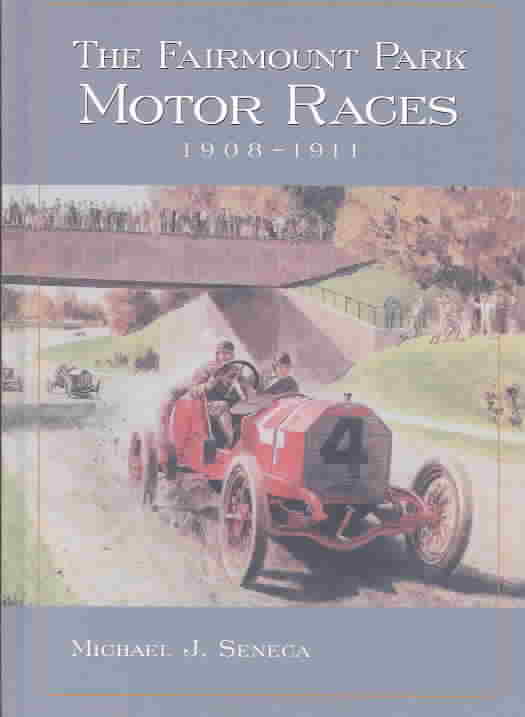 Scarcely mentioned in those few books covering automobile racing during the early years of 20th Century America, such as Peter Helck’s classic The Checkered Flag (1961) or even the more recent Thunder at Sunrise (2006) by John Burns, is a series of motor races held in the center of a great American metropolis that drew crowds of anywhere from a quarter of a million spectators to almost twice that many. Indeed, the Fairmount Park Motor Races held in Philadelphia from 1908 to 1911 were huge events during those years. Yet, rarely does one see even passing mention, let alone in-depth coverage, of these events.

Fortunately, Michael Seneca’s book (first published as a hardcover in 2003 and reprinted in 2010 as a softcover) provides us with not only an account of these oft-forgotten races, it is an excellent look at the nitty-gritty of organizing such an event during this era. While the coverage of the races themselves is excellent, where the book is truly superb is the in-depth examination of the behind-the-scenes dealings and issues of the races.

That the Fairmount Park races were as important as its contemporaries such as the Vanderbilt Cup and the Grand Prize of the A.C.A. was one of the objectives the Seneca set out to establish. This becomes very clear in the book, firmly establishing the Fairmount Park Motor Races as a major event on the auto racing scene in the United States during the years it was held. So, the question must be asked: just why did the races end after only four years? The answer is a surprising one and one which Seneca addresses in his conclusion. One needs to read the whole story to understand how a single individual who was relentless in getting his way can bring to an end a very popular—and profitable—enterprise.

Seneca also discusses the consequences of the ending of the Fairmount Park Motor Races, one that while obvious to those familiar with the era, is perhaps not so obvious to those with little or no background in the period. Consider for a moment the venues where the Vanderbilt Cup and the Grand Prize of the A.C.A. were held beginning with the 1912 season: Milwaukee, Santa Monica, and San Francisco. As Horace Greeley might have suggested, racing went west.

This is a superb book, an excellent example of how automobile racing history should be written. It cannot be recommended highly enough. Anyone with an interest in this era should have a copy on the bookshelf. More importantly, even those not necessarily focused on this era will find the book well worth reading because it is not only good history, it is well written history.