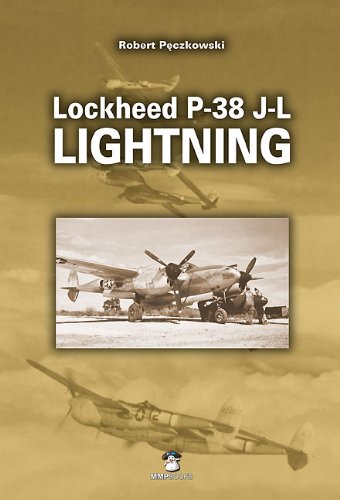 The twin-boom “fork-tailed devil” was certainly one of the most effective American WWII fighters and easily one of the best looking. Originally conceived as a high-performance twin-engine interceptor, the P-38 was the first 400-mph fighter in history—thanks to Lockheed’s best designer, one Clarence “Kelly” Johnson whose name would become synonymous with fast and innovative aircraft such as the SR-71 Blackbird.

With some 10,000 copies the Lightning was the only American fighter to be produced throughout the entire war, and the J and L versions (there were also two K variants) represent the end of the series and therefore the most mature iterations.

First published in 2003 this excellent book is now released in an expanded and revised second edition, and in hardcover form at A4 size (8.3 x 11.7″). As one would expect from a publishing house that made its name producing specialized material for model makers, this book too excels in that department. Come to think of it, the firm whose very credo once was “not to take modelling too seriously” now pretty much rules that market and its many books are indispensable reference sources not only for modelers but also anyone with interests in technical/developmental aspects and markings/camouflage. 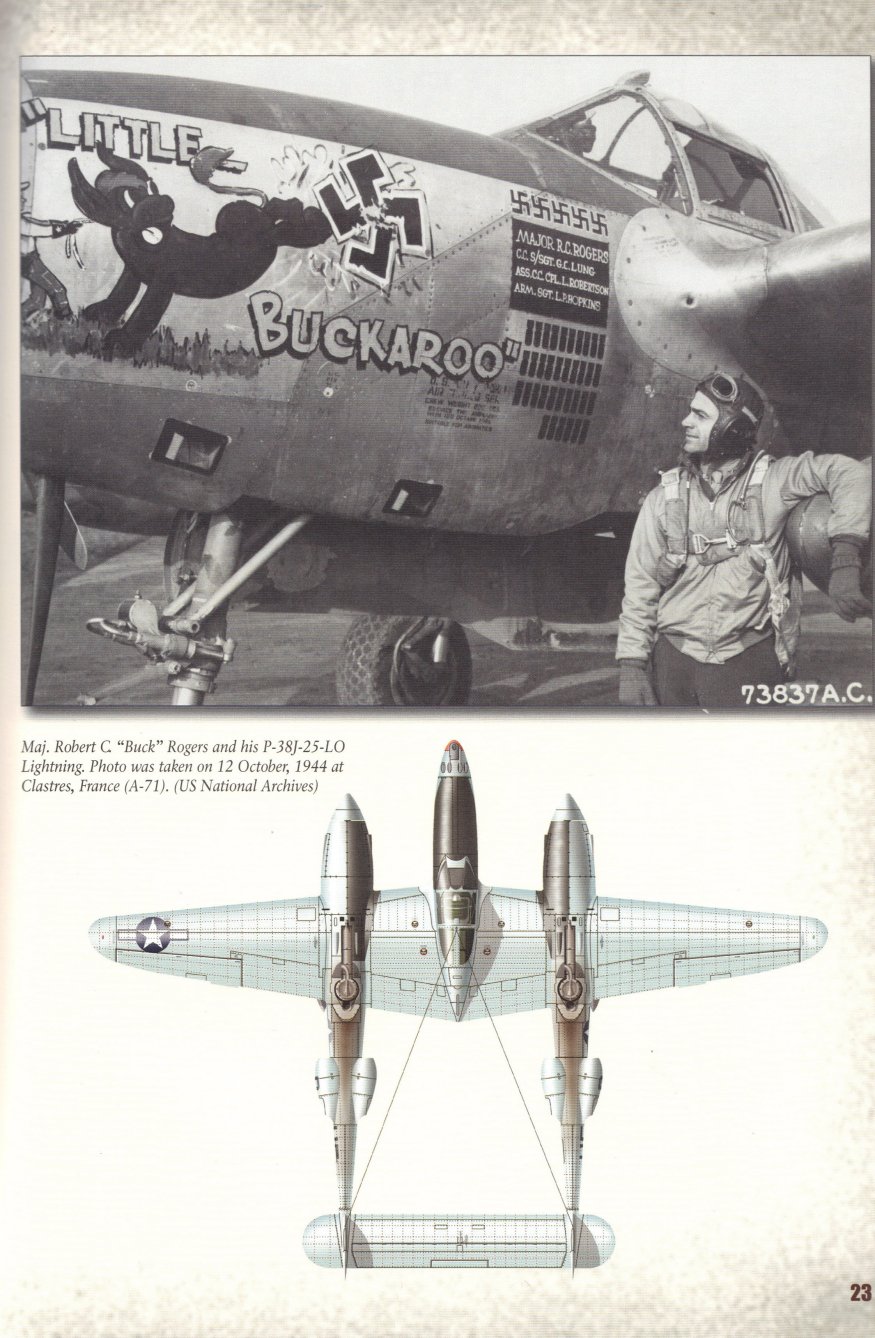 This book falls into MMP’s “Yellow Series” which now contains 34 aircraft monographs and its author and illustrator have been an MMP editors since 1997. This one comes with a special goodie: a removable folded 1/48 scale b/w five-view tech drawing (by Dariusz Karnas) showing on one side a P-38L-5 and one the other a P-38M (the night fighter variant) along with a rear view of the L-5. These and the many, many other drawings (by Artur Juszczak) throughout the book in 1/72 and 1/48 scale will allow you to correct the often serious shortcomings in commercially available kits or, for that matter, build your own from scratch. The same purpose is served by the many detail photos (some of restored examples) in a stand-alone section that makes up more than a third of the book. There is also one cutaway from a 1945 issue of Flight magazine. Even compared to other new titles in the Yellow Series, for instance the Messerschmitt Bf 109F one, the Lightning book is uncommonly deep on the illustrative but light on the textual side. 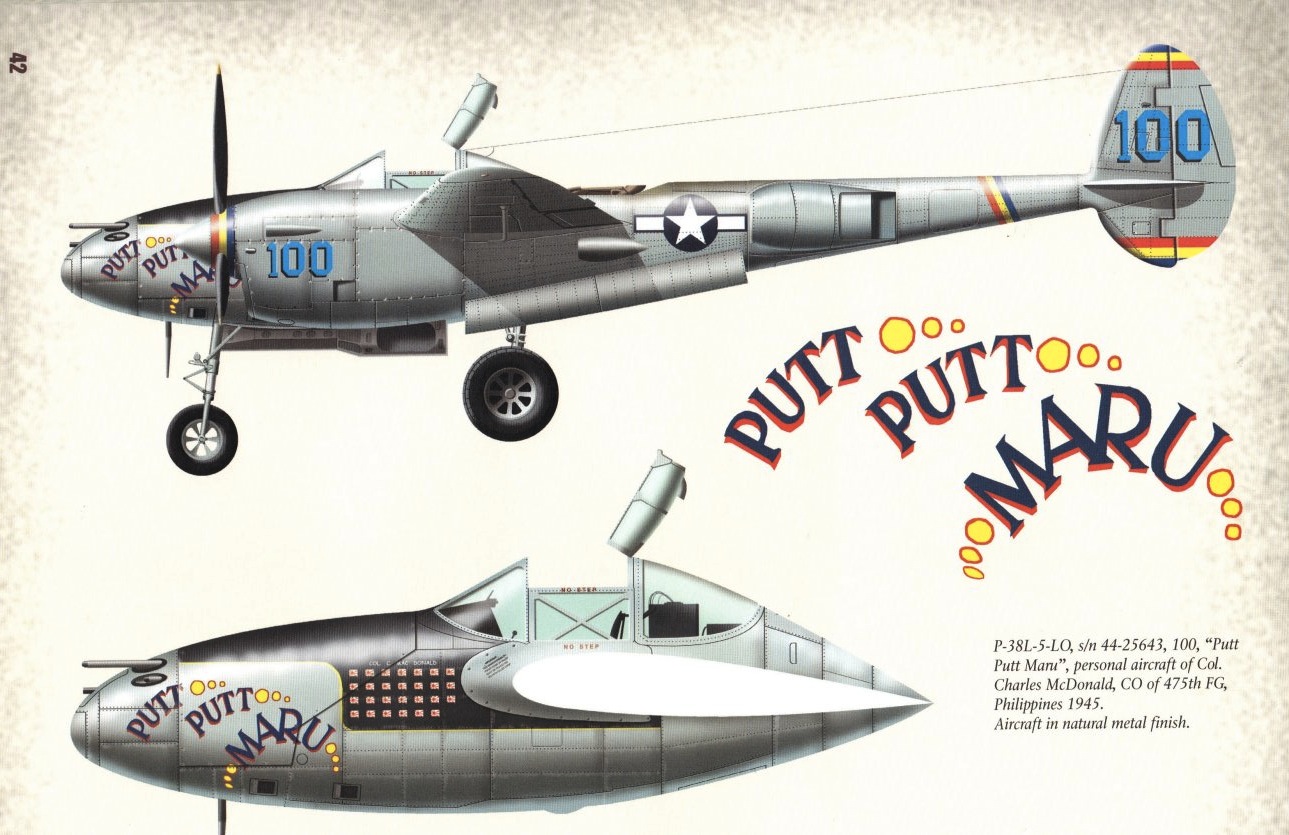 MMP publications are by design highly specialized—and thankfully so—and the reader not yet familiar with a particular aircraft may not find them entirely suitable as general, high-level introductions in terms of operational and general type or aviation history. While there are plenty of the latter (although, oddly, not so much in regards to the P-38), MMP books always add layers of micro detail that others are lacking and are thus worthwhile.

The exquisitely rendered color profiles alone are something to marvel at and the thorough photo captions may well draw even the expert eye to heretofore overlooked details. Considering the size and the hardcover binding, this P-38 book represents an especially terrific value! In fact, by raising the bar MMP invites an inevitable question: why don’t more of their books follow this mold?