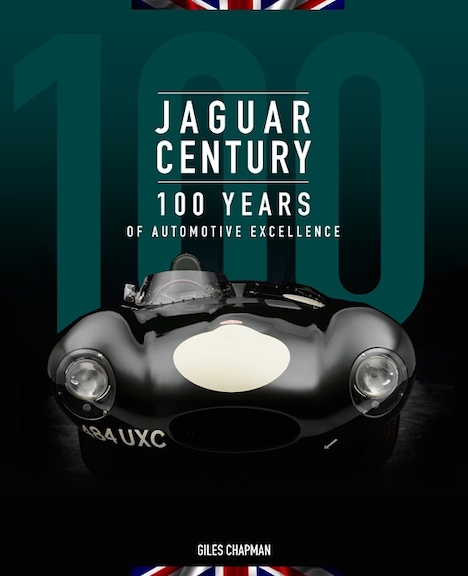 “Running Jaguar has always been a rollercoaster ride, one that began its initial steep climb when the tiny sidecar and body company SS packed its bags and moved to Coventry to join the big time. Through wonderful cars, fantastic engines, epic race wins, and boldness in every direction, it has now survived its first hundred years. but there’s plenty more life in the old cat yet.”

100-year anniversaries are always good for commemorative books, count on it. Author Giles Chapman actually came early to the party, bringing out his book already in 2021, with time to spare. Oddly, though, no one else seems to have had the itch, so he presently has the field to himself—which is just as well as his book ticks all the boxes. No surprise, really, because he’s been writing about cars for 35 years: if you shelve your books by author name you’d need to set a good two feet aside!

Being such a seasoned commentator surely means that if he chooses to stick the word “excellence” right into the title it’s not because he has amnesia about those dreaded decades in which, as the wags so rightly said, you needed to own two Jaguars—because one was always in the shop! (My first car was a ’76 XJ6 coupe whose foibles surely put someone’s kid through college but it did look supremely good!)

Speaking of anniversaries, cars under the Jaguar model name didn’t happen until 1935 (and the company renamed itself Jaguar Cars Ltd. only in 1945), built by what was then called S.S. Cars Limited, the company that William Lyons formed after his original partner went his own way. Theirs was the company, The Swallow Sidecar Company, whose centenary falls into 2022, and it is here that Chapman starts his book. 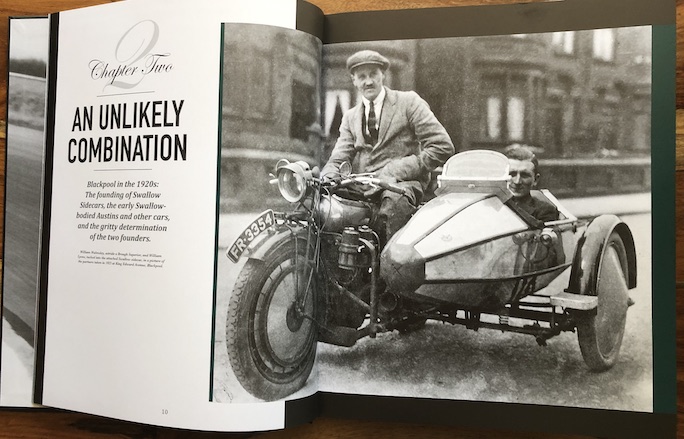 While the book does make a point of describing “the elegant, torpedo-shaped form of Walmsley’s ‘Swallow’ sidecar, with its octagonal facets in polished aluminum” it does not say WHY it had that shape: easier to form and bolt together than curves!

From the start Lyons had a yearning for greatness in business but even he would have found Jaguar’s current official slogans “The Art of Performance” or “If you can’t rule the world, rule the road” lofty indeed. Jaguar undeniably had its ups and downs but one thing this book does very well is to treat all eras with equanimity, be they the dominance of the Le Mans 24 Hours or the indignities suffered as part of the British Leyland conglomerate. If the book had gone to press just a bit later it may have included more than the brief note in its Postscript that Jaguar has just announced an end of making cars with combustion engines. As of 2025, it’ll be all electric and . . . the brand is moving way upmarket—“Quality over volume”—towards the ultimate luxury segment! Jaguar has never played at that level, meaning everything you see in this book is well and truly cut from a different cloth. 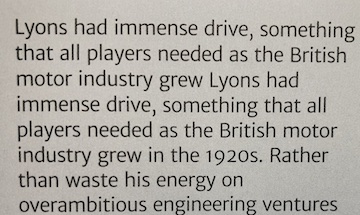 So, approach the book with the anticipation it deserves—but be forewarned of a shock to the system right on the first page of text: the first three lines (see left) start innocuous enough—“Lyons had immense drive . . .”—but they are repeated twice. You’ll probably be reading that paragraph several times before you realize you didn’t suffer a stroke! On the upside, there are no other typos. 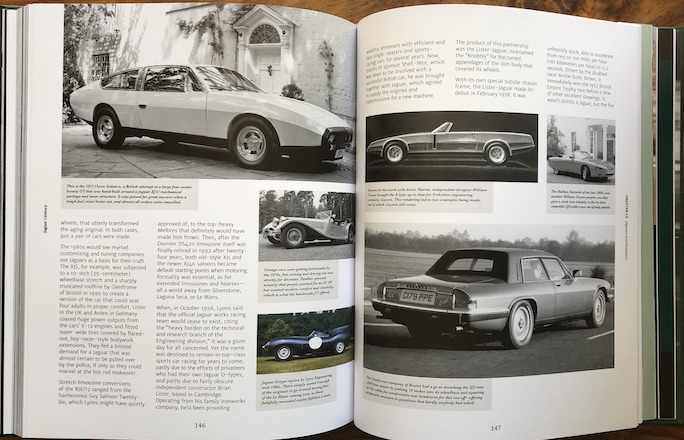 There are several pages of concept cars. The bottom right photo has a particularly amusing caption: “. . . [an] answer to questions that hardly anybody had asked.” This is a stretch XJS cabrio four-seater.

At 10 x 12″ the book is oversize and the better for it inasmuch as the generous layout takes full advantage of the real estate with easy-on-the-eyes typesetting, lots of photos and appropriately placed, and a sort of less-is-more approach to page design. The book is also simply very readable. While Chapman clearly has a fondness for the marque, and most definitely its founder, he is fully immersed into the whole universe of automotive stirrings and so makes meaningful reference to other cars. One item he mentions several times and that cannot be overstated is what tremendous value Lyons insisted on giving the customer. Bentley owners in particular will have plenty of occasion to flinch when it comes to styling/performance v price. (While peripheral to the Jaguar story it must be noted that Chapman is repeating an error that stood for 70 years but was debunked over 20 years ago: the true identity of the Bentley that outran the Blue Train in 1930. What makes this more than a forgive & forget misstep is that Chapman once cowrote a fine Vintage Bentley book with the very person who made that discovery!) 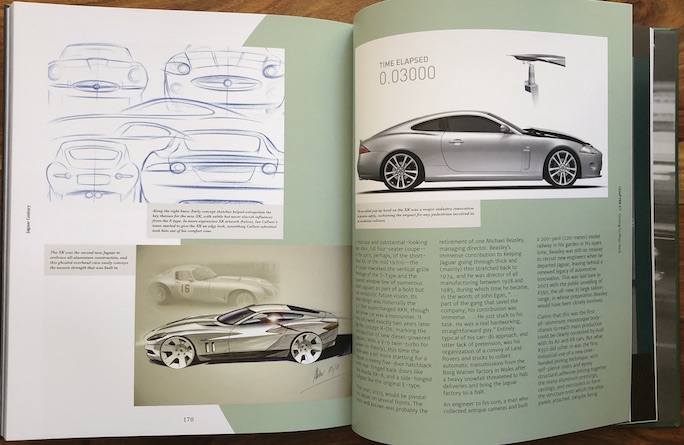 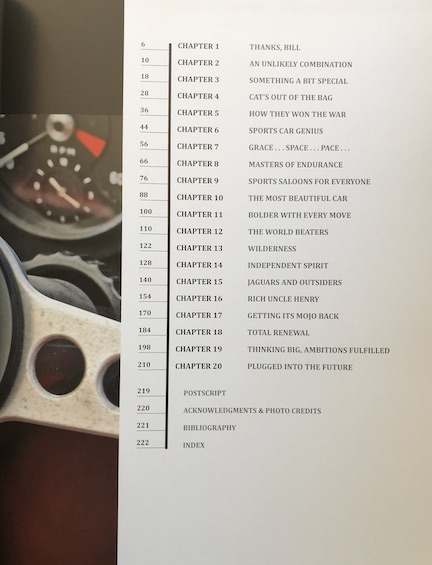 There are no tables of specs and stats—it is not that kind of a book. The focus is on a sweeping overview of brand philosophy, product, and people. There is no fluff here nor is there anything lacking. For a relatively short book (~60,000 words) it is satisfyingly thorough without falling into any of the myriad rabbit holes that dot the landscape of any company, especially a British one, that has a convoluted, multi-owner history. Speaking of British, Chapman is but his publisher is the venerable US powerhouse Motorbooks which is surely why the book has such a fine Index.