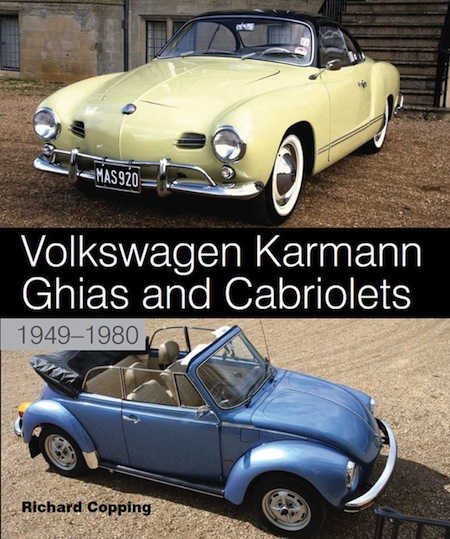 “Unfortunately for devotees of the Karmann breed already suffering from the shock of non-recognition of Osnabrück’s role in the manufacture of the Beetle Cabriolet, the situation gets worse. Outside the immediate circle of Volkswagen enthusiasts and general classic car buffs, it is highly unlikely that anyone has any idea what a VW Karmann Ghia is, let alone that such a vehicle existed in two distinct forms.”

Things must be different in the UK, author Copping’s home turf which he has crisscrossed for many a year in the pursuit of material for his 20+ books on all things VW to make him utter such a pessimistic assessment. Here in the US, if anything, too many people know—and like—the Karmann Gia, so much so that it is a proper collectible with ever-rising prices (try $40,000 for a top specimen) and dedicated enthusiasts magazines. The one thing that even many enthusiasts will not know are the Brazilian-made 1600TC and SP1 and 2 models that Copping includes here on two painfully short pages. But we’re getting ahead of ourselves.

Yes, a Karmann Ghia is “just” a VW Beetle with a sexy body that promised more excitement than the little engine could deliver but because it is based on the Beetle it had bulletproof mechanicals. In the Introduction Copping minces no words in faulting the existing books for their “simplicities of taking the most convenient route,” meaning they don’t give a nuanced treatment of the VW–Karmann–Ghia relationship. He is also most critical of what at the beginning of the book he refers to as “the malicious attempts to rewrite history to tell a tale that belittles past achievements, most notably those of Heinz Nordhoff” and at the end of it pronounces “utter balderdash.” To correct this, that is exactly where Copping begins.

Before being installed in 1947 as VW’s General Director, Nordhoff had been at BMW and a director at Opel. It is critical to appreciate this, specifically in the context of the time (WWII) so as to understand his reluctance to take on the VW job and also, after having set the near-derelict factory on a sustainable path to growth, his priorities and philosophy.

Ghia folk may consider the following 50-odd pages about the Bettle Cabrio overkill or even superfluous but they enable Copping to establish the importance of the coachbuilder Karmann and their progress from outside contractor on that model to being allowed the lead on the Karman Ghia project. Likewise, when later attention is given to the Type 3 VW 1500 saloon, it is only to use it as the jumping-off point for the Ghia’s bigger brother, the undeservedly obscure razor-edged model of which only 42,500 were built compared to 444,000 of the first model. Copping commends his coverage of the Type 3 to the reader as “hopefully groundbreaking and a real highlight;” it may very well be the former and is most certainly the latter. 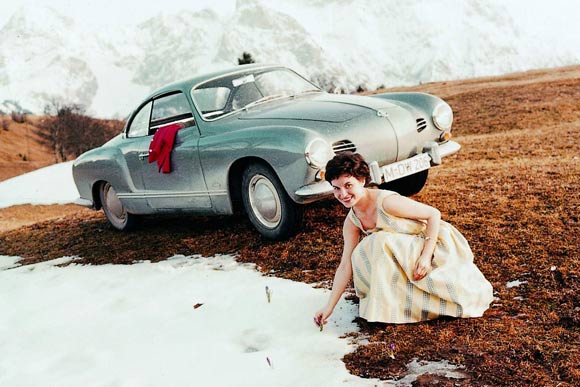 On already the first quick thumb-through of the book, patience will be required not to want to stop all the time. If you don’t already know about Karmanns, almost every page beckons with something enticing. If you do, you’ll right away spot a number of items, mostly archival images, not covered in other books—of which there aren’t that many anyway. Another thing you notice right away is that there are a number of photos that are inexplicably rendered here in b/w when the original material (brochures and such) was in color. Grrr. The many period factory illustrations are augmented with photos of current cars from the UK and the Continent, both survivors and restored.

The emphasis of the book is on model history, (company) politics, and marketing with Copping offering in-depth analysis of several marketing campaigns and pricing schemes.

Technical matters are absolutely secondary but specs, production stats, and model year changes are covered in the text (which makes them very difficult to find in a hurry) or in sidebars. The book is also not a buying or restorer’s guide and the reader who develops a hankering for Ghias needs to pay heed to the saying “The Germans (read Karmann) invented rust and then licensed the process to the Italians!”

A closing chapter relates other Karmann work for VW and others up to 2009 (no photos); appended is a detailed multi-page 1949–1980 Bettle/Karmann Ghia timeline including Karmann trivia. The Index is on the very short side but covers the necessities.

This book adds quite a few new bits to the record, and Copping sticking to his guns regarding his read of VW history is refreshing.

Physics For Gearheads »
« Luxury Toys for Men, The Ultimate Collection