Rolls-Royce and Bentley In the Land Of the Silver Fern 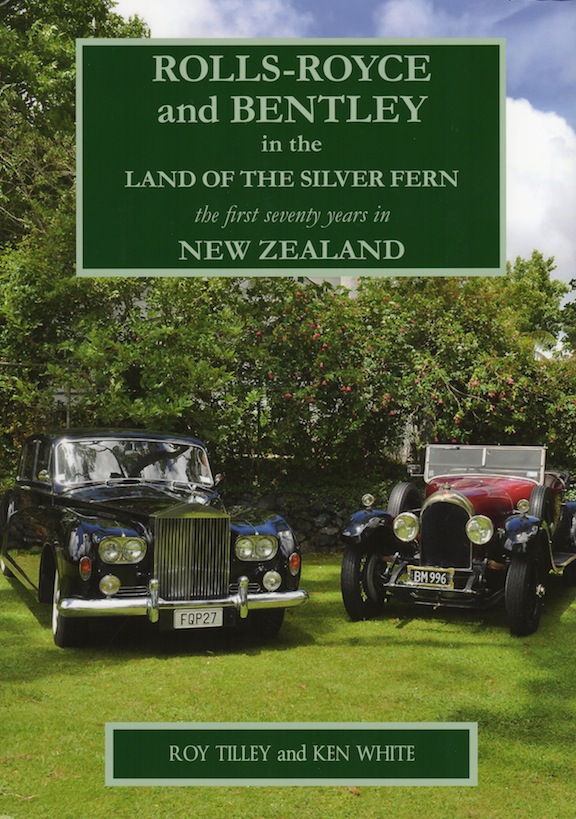 This research into the Rolls-Royces and Bentleys sold to New Zealand was begun many years ago by the late Ken White. In declining health White asked Tilley to continue the project and this he has done in exemplary fashion.

The approach mimics Rolls-Royce and Bentley in the Sunburnt Country: The First Fifty Years of Rolls-Royce in Australia, the book covering Australia that David Neely and I produced in 1999 (and keep current in the form of digital updates, something that is not foreseen for this book). That is, in a context of dealers and coachbuilders come detailed histories of every car. To this formula Tilley has added valuable material on motor registrations and aero engines sold in the country; moreover, he takes the story into the late modern period which Sunburnt Country was unable to do because the number of cars was so much greater in Australia than it is in NZ.

New Zealand was the destination for two of the very earliest cars, 1906 4-cylinder chassis 40506 and 40522 and for these Tilley has found superb period material. For the owners of many of the cars that followed it was a case, as in Australia, of making the cars last for a long period of time because it was expensive to import cars. As a result the book shows much rebodying to extend a car’s life. For a country with a small population New Zealand has seen some wonderful machinery arrive and, more importantly, survive for later rediscovery.

The book begins with some personal accounts of early R-R club members who got interested in the cars, and a history of the club itself. Every car receives one-page coverage (more for the early Ghosts). And the book ends with the aero, military, and commercial engines that saw service in the country. The tailpiece describes three Royce cranes, some in use until at least 1976.

Sadly the book doesn’t end with any Indexes to owners’ names or motor registrations but this is a small drawback in a very attractive compilation. Anyone seriously interested in the presence of Rolls-Royce around the world will want to learn about the New Zealand experience.

The book is self-published on an on-demand basis after an initial batch of 35 signed and numbered copies sold to early subscribers whose names are printed on a tipped-in sheet in that version only. Will also be produced as a hardcover and stitched signatures instead of perfect-bound; price and specs tbd., projected at NZ$525.

Rolls-Royce and Bentley In the Land Of the Silver Fern: The First Seventy Years in New Zealand

Alfa Romeo: View From the Mouth of the Dragon »
« Rise Of The Robots, Technology and the Threat of a Jobless Future