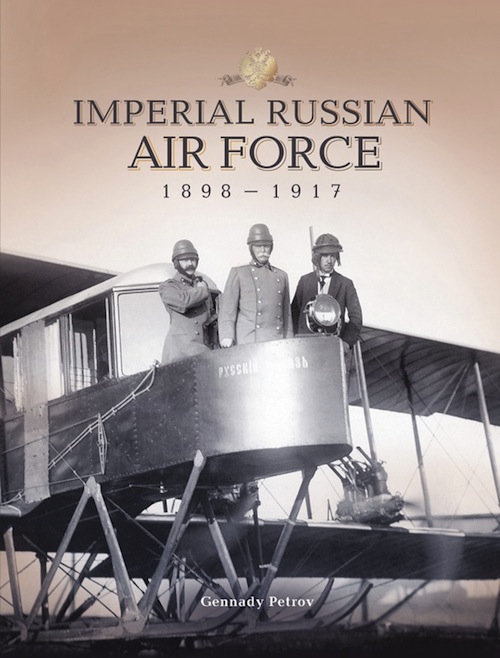 “According to legends, strange flying devices (“flying horses”) were even used during the siege of Tsargrad led by Prince Oleg of Novgorod in 907.”

Ok, so we won’t count 907 as the year aviation took hold in Russia. The general thinking is that it was instead the late 1880s because a heavier than air steam-powered machine is know to have been tested in 1883 although it is not known if it actually ever “flew” in the conventional sense. Still, this design was a milestone in aerodynamics and it, along with many other concurrent ones, set Russia firmly on the path of becoming “air-minded.” 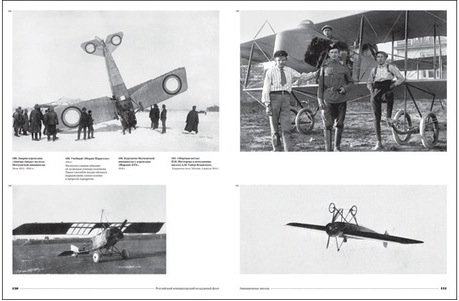 Apparently the first Russian pilot to receive a license was only the eight man in the world to do so (1909, with the first female pilot only a year behind), which means that Russia was not at all a laggard—even though you could easily form that impression based on the fact the there is simply not much written about the pre-Soviet Revolution period, not even by Russian sources. There is, of course, a handful of useful books, mostly snapshots of isolated topics—memoirs and such, also aces, uniforms—rather than a sweeping overview, and mostly in French and mostly older.

This book is a photographic history so it doesn’t help much as far as a linear telling of the story is concerned but it is a treasure trove in terms of photos, many—most—heretofore unpublished. In the Introduction, Petrov, a Russian military historian, refers to the photos “as sources more demonstrably and impartially factual than any memory of an event.” 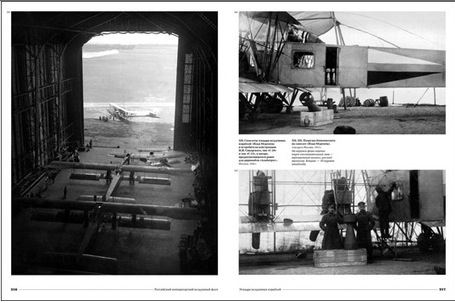 The photo captions are brief and specific to what is shown (facts, stats, locations, proper names); where the author perceived a need to expand further he added additional information below them in a different typeface. Each of the seven chapters (balloons/ dirigibles, airshows, training, industry, seaplanes, squadrons, WW I aces) is introduced with one to several pages of overview.

The oldest photo is from 1896 and even if one had no specific interest in early aviation, there is so much to discover here, be it architecture or fashions or customs and of course all sorts of machinery, including automobiles. All photos are numbered (there are 409) which is an unusual touch but useful to anyone who actually “works” with books. It certainly takes the mystery out of matching captions to photos. Very few are smaller than ¼ page and all are satisfactorily reproduced and printed on good paper. The Index, too, is commendably subdivided and includes even a list of abbreviations.

Compare the beginnings of Russian aviation to, say, Japan and you appreciate that in relative terms (i.e., despite an underdeveloped industrial base) Russia quickly went from follower to innovator, making lasting contributions to the advancement of aeronautics and engineering.

Considering the low, low price raising it a few extra dollars for a proper hardcover binding would have surely not have cut into sales.

Seventies Championship Revolution »
« The Beatles, aka The White Album