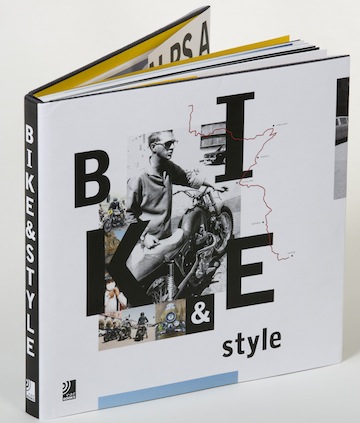 “Power, technology and aesthetics converge perfectly to capture the wonder of modern life. All the more so as the motorbike ideally appears to us as an unadulterated icon of rigorously pure authenticity. It is thanks to this quality that the motorcycle is not just an object, it is articulate. It has something to say. The motorbike is an idea.”

(English, German) Crank up the ole Victrola—this book comes with a vinyl record! Don’t have one? Not to worry, there’s also a download code for digital denizens to grab the seven classic rock tracks as MP3 files from the web. 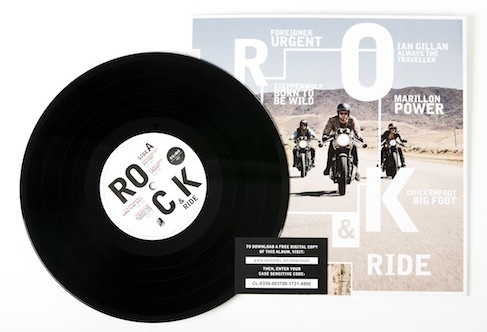 That this book comes with its own soundtrack is no surprise when you consider who published it. EarBooks is a divison of Edel AG, founded in 1986 and now one of the largest independent German music and entertainment groups. Among their almost 100 books (most come with CDs not vinyl) are at least 10 that have motoring topics. And that this book looks and feels and works the way it does is no surprise when you consider who wrote it. Michael Köckritz had the grades to get into medical school but traded the white coat and stethoscope—and job security—for pen and camera—and the uncertainties that are the price of freedom in the life of the freelancer and entrepreneur. Without knowing this biographical tidbit, neither his cleverness nor his willingness to be unconventional can be fully appreciated. 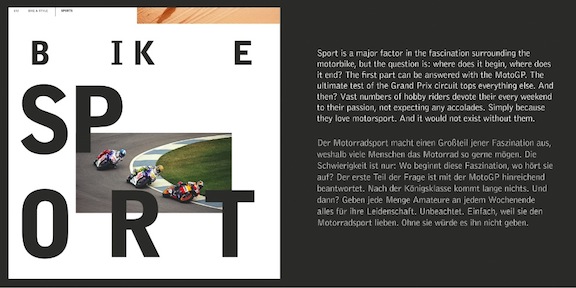 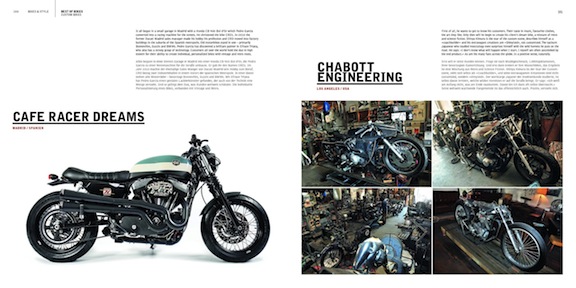 “I don’t want a pickle, Just want to ride on my motorcycle. And I don’t want a tickle, ‘Cause I’d rather ride on my motorcycle” wrote Billy Joel in the song made famous by Arlo Guthrie. That the “Motorcycle Song” is not on the soundtrack here is probably more a cultural thing than a slight. Imagine you woke up one day and decided to be a motorcycle guy/gal. Right there, right then. This one book is what you’d need to get a full-immersion crash course: bikes, bike people, bike events, bike movies, bike accessories, bike music. The Preface says: “This richly illustrated book is an homage to the motorcycle, its associations and the world it brings to life.” And that’s exactly what it is and does. So, whether you see the motorcycle as a metaphor for life (a la Robert M. Pirsig’s Zen and the Art of Motorcycle Maintenance) or are simply “Born to be Wild” (that song is included, and how could it not?) the book is a Come Hither! splashy, breathless, colorful, engaging guided tour of all things motorbike. 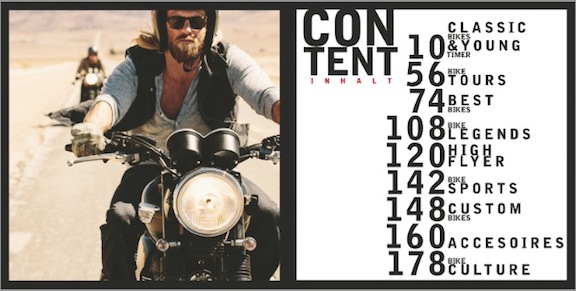 For specifics, behold the graphic tour de force that is the Table of Contents. By “Classics & Youngtimers” is meant bikes from the 1960s to ‘80s whereas “Best Bikes” presents 27 production models from 2004–14, mostly Japanese and European, mostly of touring/sporting flavor, presented in no discernible order. More exotic but still standard off the shelf models are given their own chapter because “they are so out of the ordinary, beyond rationale.” How this applies to a 2013 Indian Chief Classic or various modern Harleys is not obvious although they’re probably plenty audacious to a European writer. In many ways the most interesting chapter is “Custom Bikes” featuring the work of shops in Spain, the US, Australia, Austria, Denmark, and Germany. All these are just brief sketches. 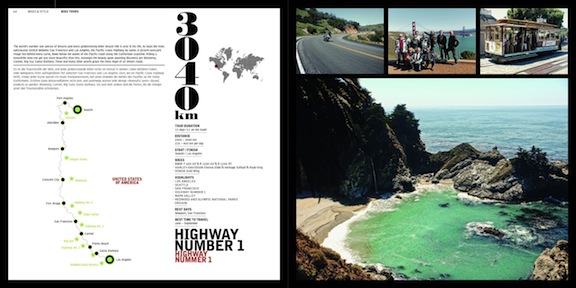 Now that you have found your dream bike you’ll need to know where to take it (tours of Myanmar, Africa, NZ, US, Italy, the Alps or Pyrenees or even Himalayas), 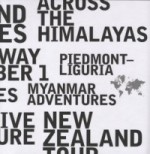 what to wear (gear and accessories), where to hang out, and what to talk about (people, music, movies). Check; it’s all right here. That the choices are selective, subjective is neither here nor there—this is not an encyclopedia! The “Accessories” chapter has hidden depths inasmuch as it isn’t merely hawking stuff but educates about design and quality (Why leather-covered buttons? So they don’t scratch the tank when you lean on it.) 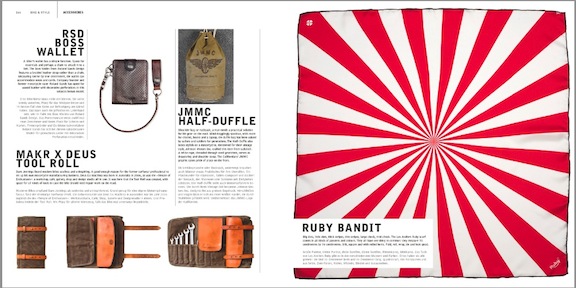 There’s really no way not to have fun with this book! And if you have a bike, remember Mike in Arlo’s song: he had one, and sold it, and then he cried. Don’t be Mike.