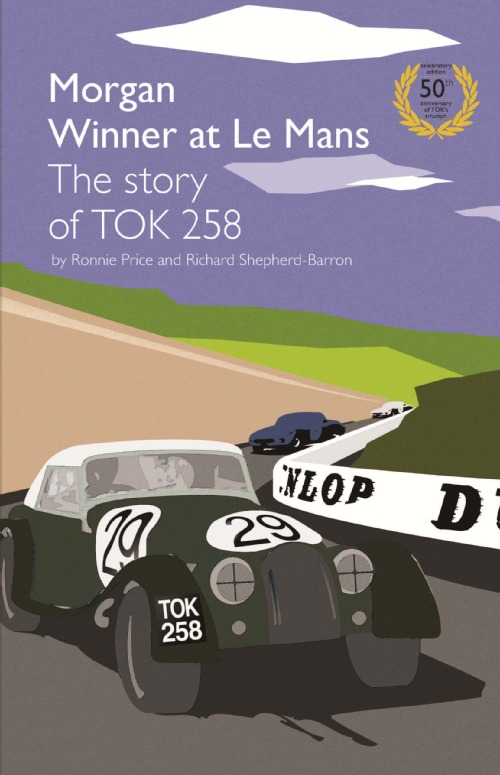 “A tiny team with modest support and limited resources coming up against the cream of well funded and experienced international race teams with legendary factory drivers is a very appealing piece of imagery.”

“TOK,” so-named after its registration number TOK258 is a 1958 Morgan Plus 4 that thanks to a special state of tune won its 2-liter class at the 1962 Le Mans as the only Morgan entered in a field of 55 cars of which only 18 finished.

Founded in 1910, this was the Morgan Motor Company’s first and only win and the company was rightly proud of TOK, so much so that in 2002 Morgan built a special 40th Anniversary Model in a limited edition of 80 in two different engine configurations (3900 cc V8 and 1800 cc for the 4/4). So beloved was the memory of TOK that the cars sold out in 72 hours. Given such enthusiasm it is understandable that someone would have taken it upon himself to compile the history of that car.

But, the above two paragraphs have given you more big-picture information than this entire book will! What it does do is offer detail, both anecdotal and factual, but so devoid of context that none but the Morganite will find it essential. There is only the briefest of mention of the Lawrence Tune firm founded by the man around whom this story revolves, Christopher Lawrence (d. 2011, shown below along with the Aero 8 whose suspension he engineered for Morgan over 30 years later). It was he and his colleagues who stuck modified Triumph TR3 engines into Morgans, Triumphs, Swallow Dorettis and other makes and also were successful in their own car in Formula Junior. It is notable that Lawrence Tune has the distinction of being the first shop to have its engines fully covered by the Morgan warranty. Nor is anything said about TOK once holding in a single year (1963) every British lap record (except for Croft Circuit) in the 1600–2600 cc class. Instead the book indulges in such unconstructive hyperbole as likening Lawrence’s 19 wins out of 22 races in 1959—at the amateur level in cars that could be 20 years apart—to Michael Schumacher’s decades-later accomplishments at the professional GP level.

Price, from a background in textiles (Man Made Magic – When Science Meets Fashion: The Story of Nylon and Man-made Textiles in Fashion, same publisher, 2010), was 75 when he published the first edition of this book in 2005 after having become a Morgan owner and interested in the history of TOK. To be sure, the book is well intended but, with apologies to the author and nothing but questions for the publisher, is an amateur effort in every regard—no editor, no proofreader, uninspired layout.

That said, this 2012 Golden Anniversary Edition is an improvement over the first one inasmuch as it now contains a very nice chapter written by Lawrence’s 1962 co-driver, Richard Shepherd-Barron, whom Price first met at the Lawrence Tribute at the 2005 Goodwood Revival. Also new are several mostly color illustrations from various sources. Incidentally, TOK’s ownership has changed since the 1st ed. The book is now divided into two parts, each with a Foreword by Morgan founder grandson and current chairman Charles Morgan, who, naturally, “recommends this book to anyone.” 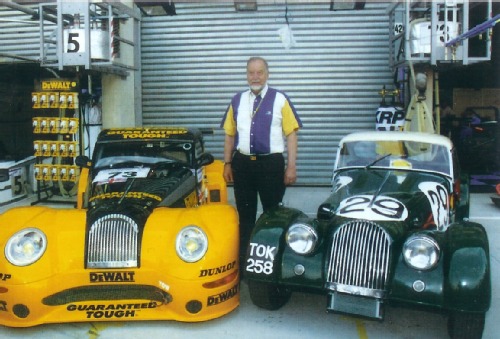 In about 40 pages the book relates some basic Morgan history and TOK’s 1961 disbarment from Le Mans before zeroing in on the 1962 race in which TOK was fielded as a works entry although it was as before privately owned by Lawrence. With the above caveats, this story is certainly interesting, enthusiastically presented, and in parts quite detailed. That Price’s narrative in parts differs from Shepherd-Barron’s is described thus: “Rather than trying to ‘homogenize’ the stories these ‘nuggets’ add spice and mystery to what is now virtually an historic motorsport legend!” 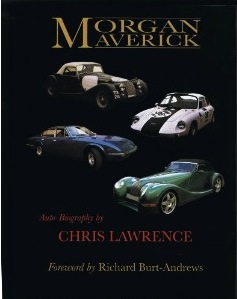 If you cannot abide a gap in your book collection, plunk down your $20 and fill it. If you really want to get the meat of the TOK story, just buy Lawrence’s own book, Morgan Maverick (Douglas Loveridge Publications, 2008, £30).

Airway to the East 1918–1920 and the Collapse of No.1 Aerial Route RAF »
« French Aeroplanes Before the Great War