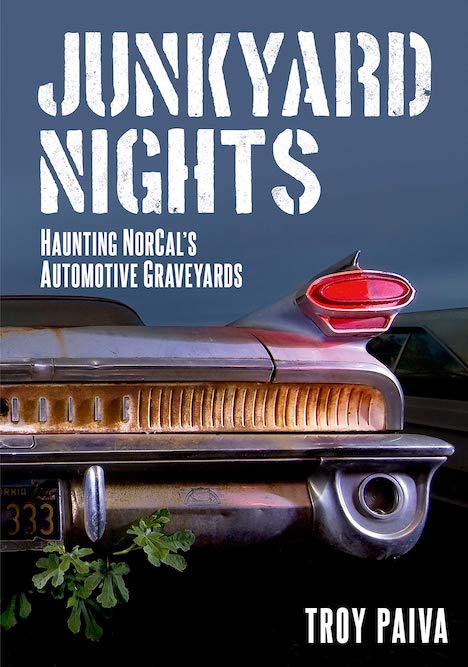 Junkyard Nights is filled with very creative, artistically composed and shot images exploring, in an unusual way, unusual places located primarily in the American west. The technique used to create these images is called light painting. In reality, the technique is as old as photography itself for the first known light drawing photo was created in 1882!

The technique has not been commonly used in modern times, so the author of this book, Troy Paiva, who first began employing it in 1989, often finds himself having to correct viewers who try to credit him as being the technique’s originator. What photographer/light painter/author Troy Paiva does say is that he applies the technique to subjects “that hadn’t been shot and lit like that before, but that’s the only new thing I’ve done.” 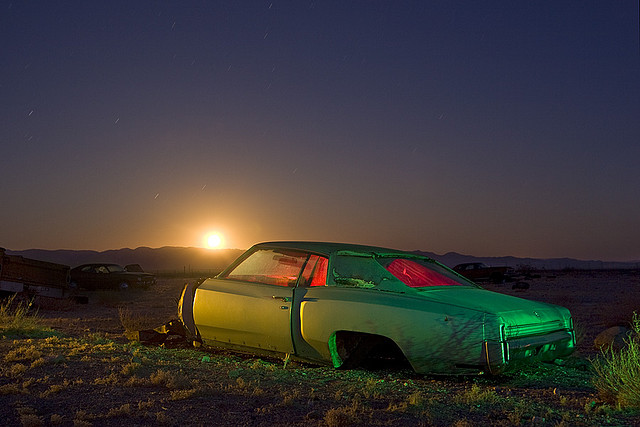 That said, this photographer/light painter is the author of four prior books, making this newest his fifth one. It is published by Arcadia Publishing as part of its “America Through Time” series. 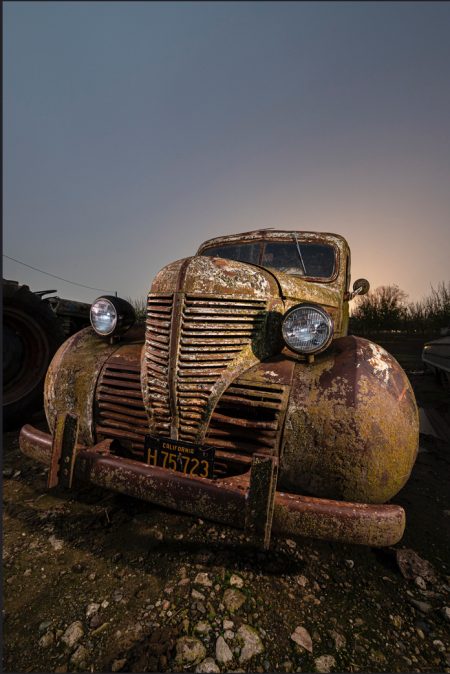 A Life on the Farm, ©Troy Paiva

Paiva provides more regarding how he achieves his visual studies which have been featured in articles published in newspapers and magazines such as Automobile, Hemmings Motor News, Air & Space, and Hot Rod among others. He explains that he shoots only at night, “by the light of the full moon, using [up to] minutes-long exposures to capture the palpable passage of time onto a single frame. I augment the scene with hand-held light–frequently colored–during the exposure, treating the site like a dark stage set, using theatrical and cinematic techniques to manage the composition, create mood, and lead the viewer’s eye. It’s about tightly controlling the scene, even though the scene itself is wildly entropic and out of control.” 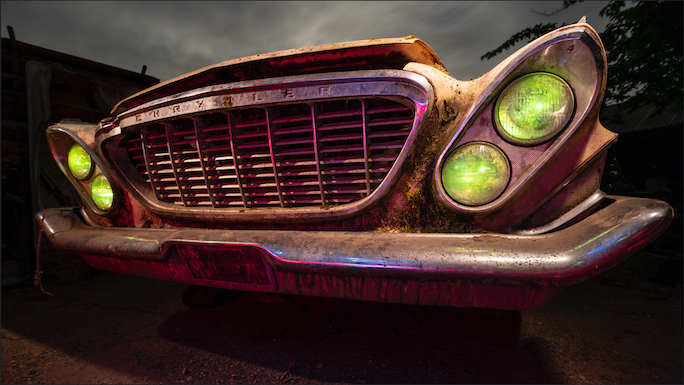 Junkyard Nights features images shot at two locations, each of which he is welcomed at by their respective owners and has visited numerous times for as each is an operational business, the inventory changes regularly. Big M Auto Dismantlers in Williams, California Paiva first visited in 2009 and as recently as 2019. It maintains its ever-changing inventory at around 800 vehicles. The other, Turner’s Auto Wrecking, is on the outskirts of Fresno. Paiva’s light paintings there cover the period of years 2013 to 2019.

Troy Paiva describes his body of work as “a thirty-year—and still going on—art experiment” which he shares with us on the pages of his books such as this Junkyard Nights. 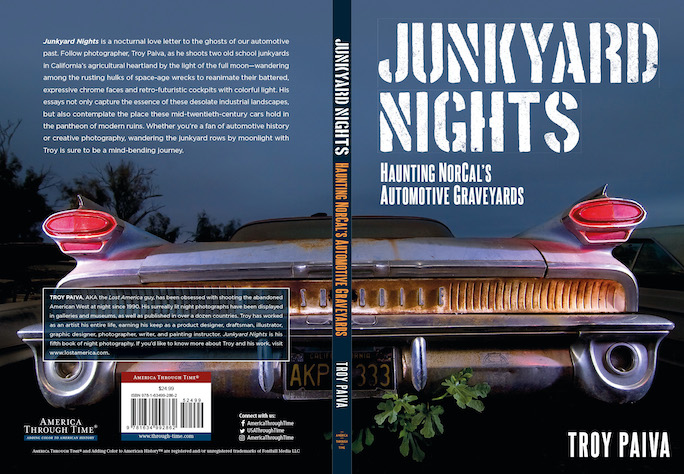 The cover image wraps around to the back. ©Troy Paiva

Posted Under: Automobiles, Photography | Author: Helen Hutchings | No comments yet