“In the 1967 Hot Rod magazine interview, Tasca’s Dean Gregson said, ‘We sold a lot of 390 Mustangs last fall and into the winter, but by March they dropped off to practically nothing. We found the car so noncompetitive that we began to feel we were cheating the customer. He was paying for what he saw advertised in all the magazines as a fast car, but that’s not what he was getting. So, we did something about it.’” 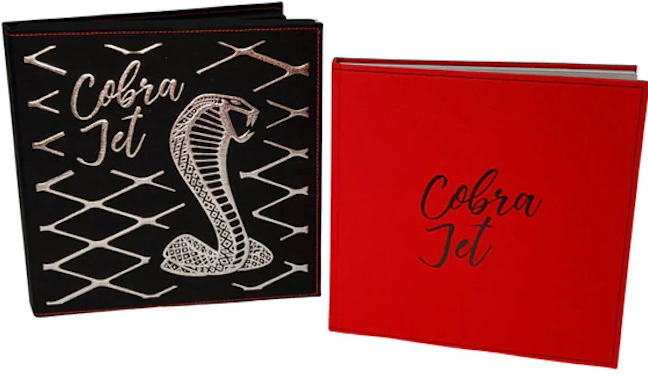 In the fun-with-books category this CarTech production is an overachiever right out of the box, figuratively and in this case literally because . . . that box . . . an elaborately embossed clamshell affair in black cloth with red stitching around the edges containing a limited-edition hardcover book (250 copies, numbered) in the reverse color scheme and that is lifted out of the box by means of a pull-out ribbon. For a publisher’s deluxe offering it commands a price that is anything but premium. Nothing else on your bookshelves will look quite as striking, which, for bibliophiles is reason enough to add it to the collection. If this is all too much excitement, there is a plain vanilla standard edition, still a hardcover, for a third of the price.

A factory-built turn-key race-ready Mustang (later joined by Cougars, Torinos, Cyclones, Rancheros) in an era when factory-supported racing was not only frowned upon but actually banned  . . . clearly there is a good story here. 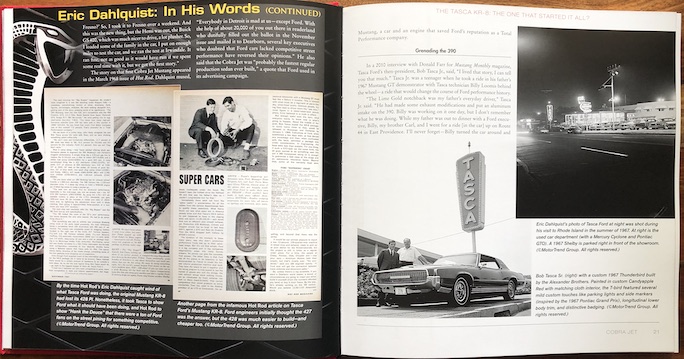 First-person accounts such as this one by Hot Rod editor Eric Dahlquist provide unassailable data points. It was his article that started the write-in campaign in which customers told Ford “Build it and we will come!” Kinnan was a Hot Rod editor himself, also Mustang Monthly so he’s got connections.

Engine geeks and, obviously, anyone who bleeds Ford blue will recall with unmitigated admiration FoMoCo’s stab at catching other makers’ muscle cars by speccing a 428 Cobra Jet Mustang to debut in 1968. Imagine the surprise at first the AHRA and then the NHRA Winternationals when that car trumped the opposition, and then the surprise at Ford dealerships when sales of road cars went up drastically. And the story doesn’t end “in period,” even though that segment of motorsports went dark for a few years for all makers—in 2008/09 Ford revived the Cobra Jet spec on new Mustangs, adding another feather to its cap.

The book ends its coverage with the 2019 model year and was published in 2020, having taken years to compile. Will it not have been painfully ironic for the authors that that very year Ford sprung yet another Cobra Jet car on the world, even more special than anything that had come before: the all-electric Ford Mustang Cobra Jet 1400 prototype (in 2021 it set the EV record with 8.12 secs for the quarter mile). Well, that’ll have to be in the next book. 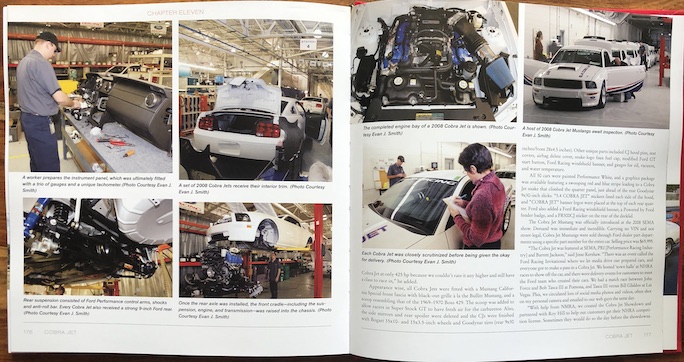 Deeply rooted in muscle car history and each on their second book here, the authors have done an exemplary job sorting out a story that on the one hand represents well-trodden ground but, on the other hand, for that very reason is beset with entrenched inaccuracies. One example will suffice to establish this point: When car guys with historical leanings get together it takes no time at all to get into discussions about the past. In Ford circles this will surely extend to the Rhode Island Tasca Ford dealership, at the time the second-largest in the world, wherein lies the reason for Bob Tasca’s outsize role in influencing Ford’s thinking at the corporate level. “Anyone who knows anything” will tell you, returning to our introductory quote above, that it was the 1967 Tasca KR-8 that set Ford’s Cobra Jet project in motion. Not so fast; “There’s another truth: Ford was working on a 428 Mustang before Tasca,” beginning in late 1966. And it is the principals in the Cobra Jet story, in this case Ford engineer Bill Barr, whose recollections are drawn upon extensively to recalibrate the story arc. 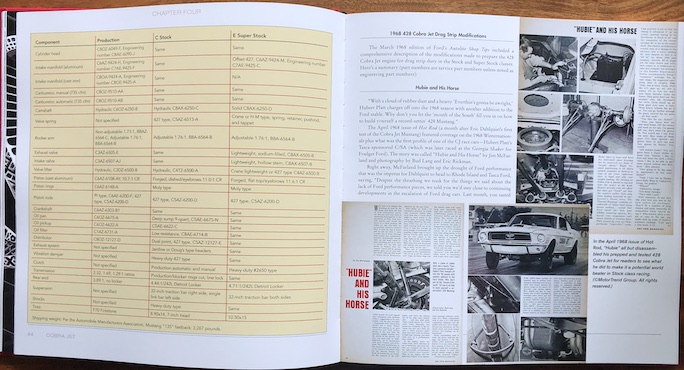 Memorize tables like this and never lose an argument again! 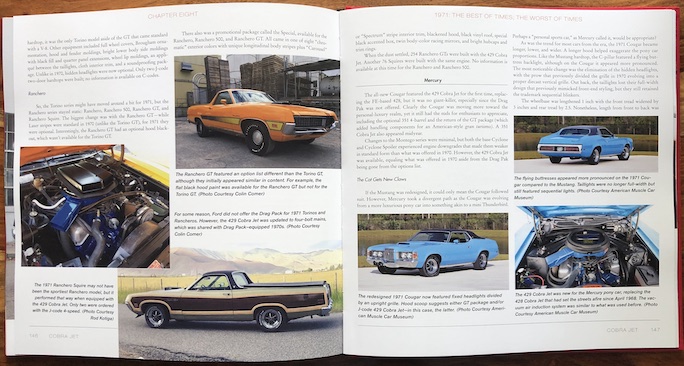 Plenty of discussion of specific models.

The book begins with a quick recap of the pressure points of the post-WW II automotive scene for the motorsports-minded, i.e. dusting off old hot rods or hoping to snag a European import, leading to “the 1960s as glory days of cars and racing”—and also the Automobile Manufacturers Association self-imposed 1957 ban on factory-supported racing without which none of what this book is about would have happened the way it did. The ability to condense a big story to its essential bits is a special skill; readers at all levels of interest will find the book engaging and relevant. 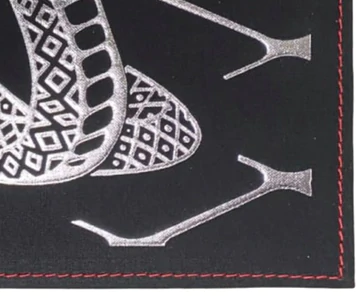 Even the photo captions draw attention to detail a casual reader would hardly know to look for on their own.

Tables, charts, specs, a myriad of photos old and new—the book covers all the bases.

And then there’s that box!