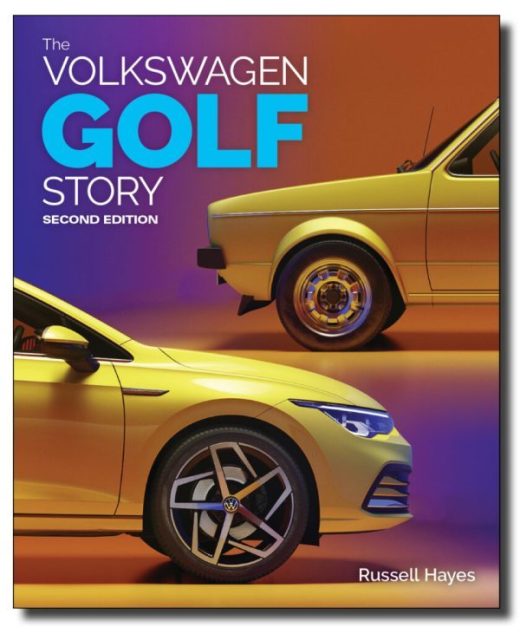 “These developments did not satisfy the critics, and in spring 1967, to show that it had been far from idle in thinking about further models, Nordhoff took the extraordinary step of throwing open the doors of the company’s secret development centre. Although design and development work was at that time largely contracted out to Porsche, 36 prototypes were dragged out of storage and shown to the press.”

Color us surprised. Color them surprised; them being the press, politicians, the public. And those 30-odd models VW put in the show-and-tell were only half of the projects VW had developed since 1952 to evaluate internally, as styling mock-ups or in some cases functioning prototypes. None of them had gone further than that, and about half had already been scrapped. What they all had in common was that they were air-cooled and rear-engined. Beetle progenitors, in other words. The Golf, the “second people’s car,” is the next big chapter in the VW story. 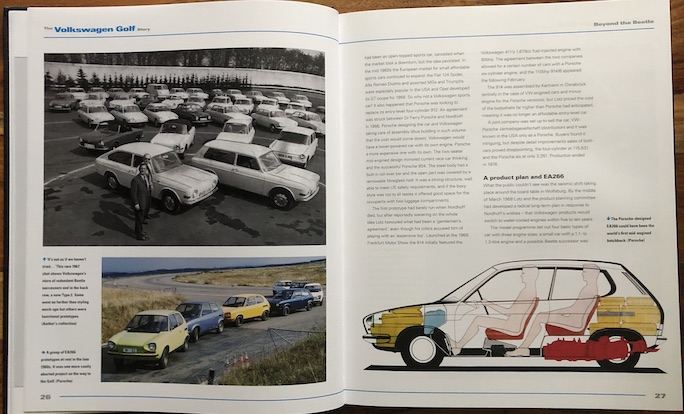 Whip out that magnifying glass—you’ve never seen the cars on the upper left in the flesh. The bottom ones are of the EA266 prototype, a fascinating and costly sideshow in VW world, and while it went nowhere it clearly is a Golf in the making. 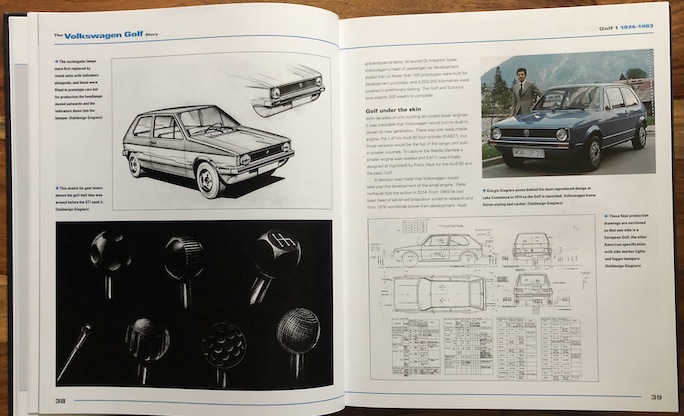 Americans may not give a Golf (aka Rabbit here, until 1984) a second look in traffic but that’s probably because they’ve never driven one—or read this book. The book was first published in 2014 on the occasion of the Golf’s 40th anniversary, was then reprinted already in 2017, and is now available in an expanded second edition (2021) that covers models up to the 8th generation launched in 2019. Meaning, both the car and the book have staying power. 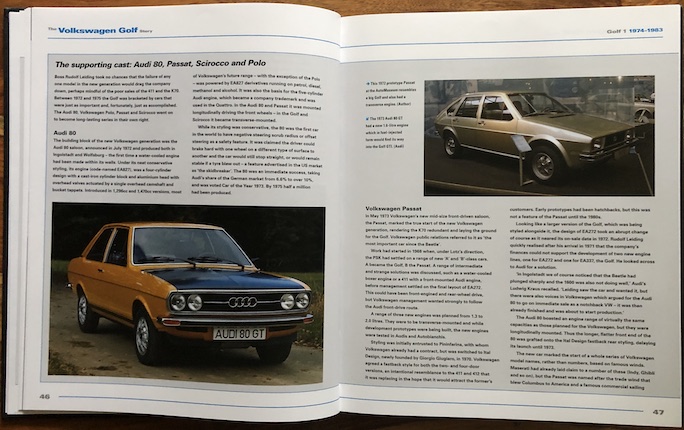 The timeline of VW’s acquisition of Auto Union from Daimler-Benz in 1965 (and making it a fully-owned subsidiary in 1968) is a crucial step in the Golf story. The above is an example of one of many sidebars that flesh out the main story; being sometimes pages long makes them more like subchapters. 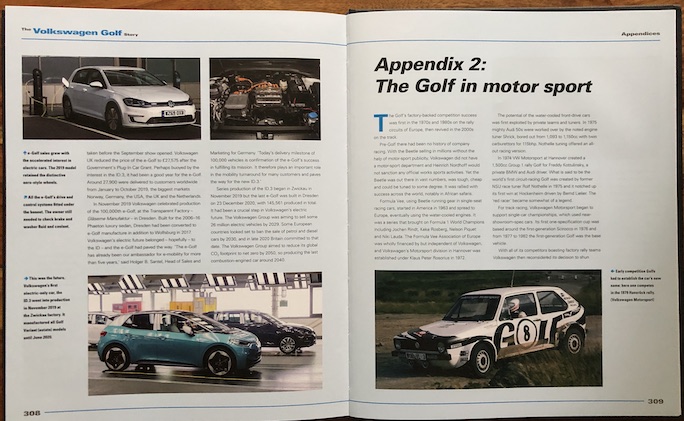 Motorsports, yes! The little Golf was big in rallying, in fact it was the first VW to have a racing story.

At first glance, this is a fine book that looks promising right out of the gate: nicely illustrated, high production values, a very good index. When you’re done reading you’ll think even better of it because now you can add “well written and context-rich” to the analysis. Not cheap at $80/£45 but that’s not a useful parameter anyway.

That British author Russell Hayes is a motoring journalist is one thing but he also became a Golf owner in 2012 and obviously liked it well enough to devote the time to writing a book about it. 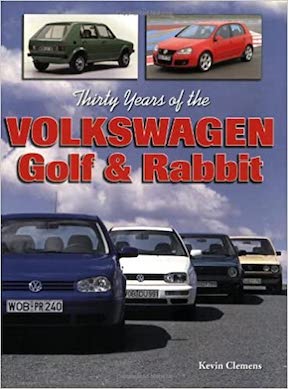 That it was also translated into German (as is his Volkswagen Beetles and Buses) speaks to its quality and also to the fact that surprisingly little is available [1] on this model outside of shop and owner manuals.

Zenith Trans-Oceanic, The Royalty of Radios »
« Aviation Records in the Jet Age